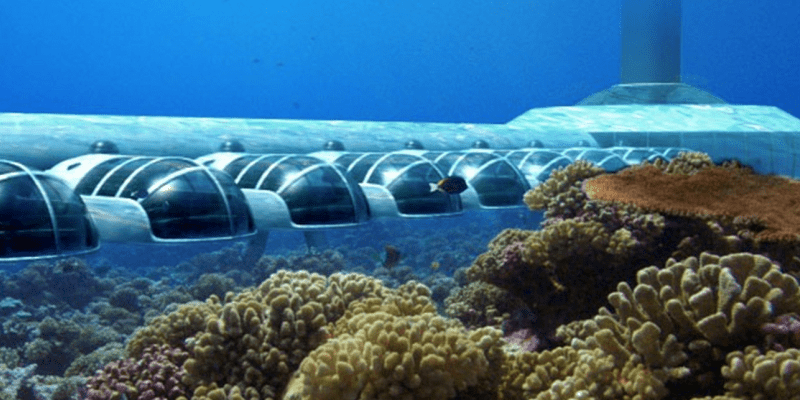 This week’s Final Frontier focuses on theoretical and actual architecture, as well as two gaming-specific projects that are leading players and GMs into even more aquatic adventure!

I was pointed to many of these projects by an article on complex.com, but be aware that their advertisement setup is frustrating. Also, some of these real-world designs are raising concerns for environmental organizations. I am not endorsing any of these designs or companies. 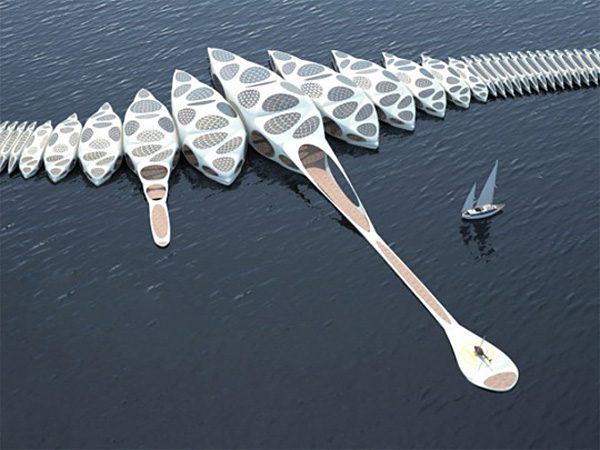 A fascinating concept that makes me wonder whether my motion-sickness will be worse or better on it, the MORPHotel is a cross between a cruise ship and a 5 Star hotel. The first thing that comes to mind is during some sort of apocalypse, the residents of this (these?) hotel are some of the only survivors.

You’ve heard of submerged hotels and hotels in space, but what about a hotel that adapts to the weather conditions via a linear structure developed around its vertebral spine? Unlike a cruise ship, the MORPHotel is slow-moving, making for one fabulous, endless and luxurious voyage.

One thing became abundantly clear during my research: Dubai and the Maldives are the places people want to put aquatic hotels/restaurants. A few articles I wrote also suggested that diners/visitors may be more likely to stay in an over-under style building than an entirely submerged one. I’m not exactly sure why; perceived safety?

A one-of-a-kind over and underwater dining experience. From a mythical escape into the depths of the ocean to reaching for the sky at the rooftop bar, the Indian Ocean unfolds before your eyes in four different ways.

This one falls prey to the axiom, “The difference between fantasy and reality is that fantasy has to make sense.” Literally a submerged experience apparently inspired/built by a watch company, I have absolutely no idea what to think of this place.

A much less…wet…underwater nightclub, SubSix is yet another Maldives location. It doesn’t look particularly large, but is a solid layout for a chain of aquatic alien clubs.

A 7-Star hotel?! I don’t understand what that is or how it happens. Perhaps it’s the temperature-controlled butterfly jungle on the top floor?

Whatever it means, the Apeiron is an over-under style luxury hotel that includes several underwater options, including a restaurant and “underwater lagoon”.

This one isn’t real, but a promotional video created by Matt Paish for a school project. Still, it’s a good collection of images from other projects and an example of how you can create something interesting for your players other than “handouts”.

A short promotional video I put together for my Hotel Sales & Service Class. We had to pick or create a hotel and make a sales presentation so I decided to create this video as part of it. Not all of the information in this video is factual. 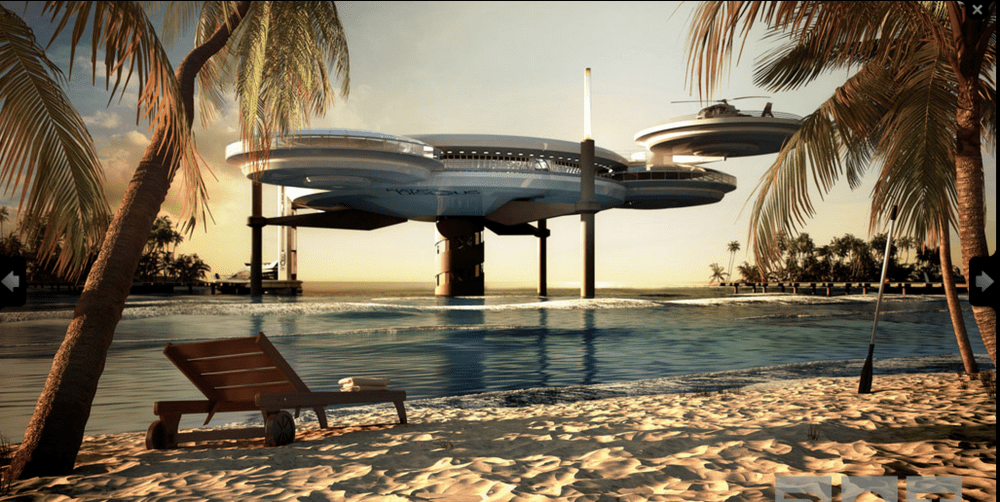 Another over-under design, alone, this building could be used as a Syndrome-like supervillain lair, or as a series of military outposts, research facilities, hospitals, or hotels. 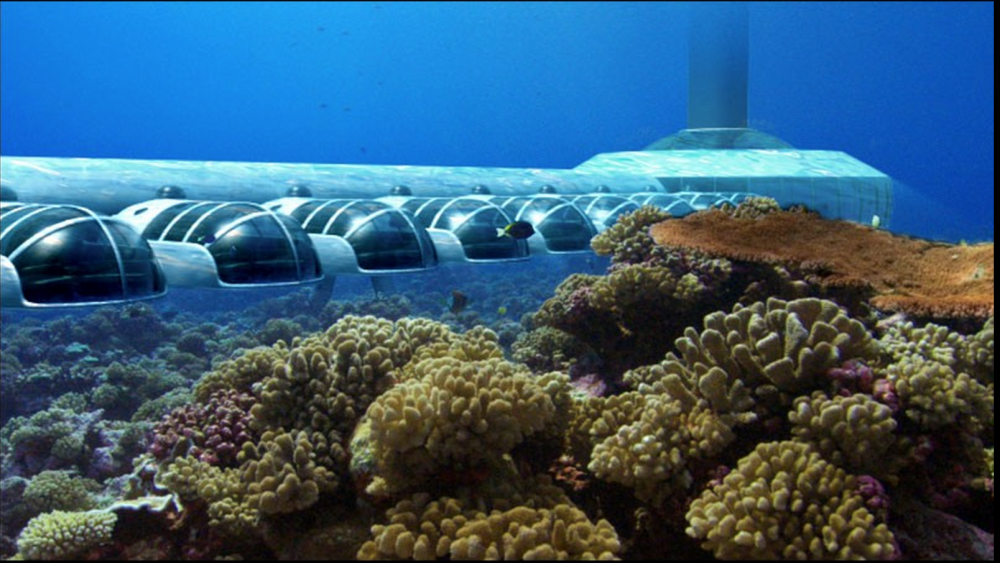 I’ve seen this website around for a while, but as far as I can tell it’s still in the theory stage. Still, the images on the site will make great visual aids for your players in any hi-tech setting. 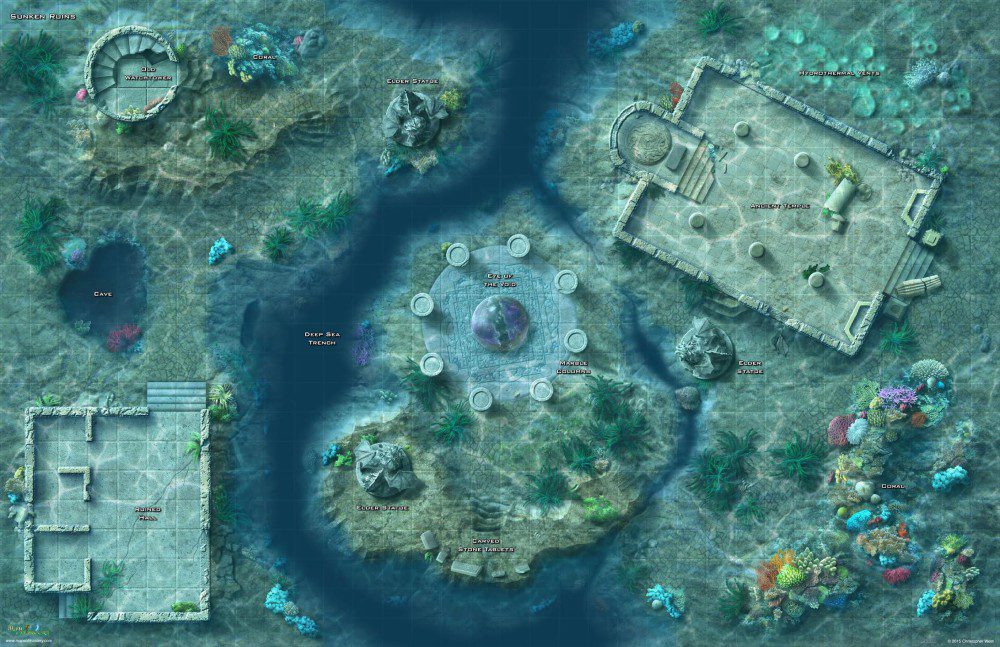 Now two-time ENnie winner, Chris West, has released his first fully aquatic encounter map, which I’m hoping will be the start of a series. I’ve now used this map for an Edge of the Empire Star Wars game and a 5th edition D&D game. The PDF and physical copy of Sunken Ruins will be available on his site as soon as the Kickstarter is fulfilled. 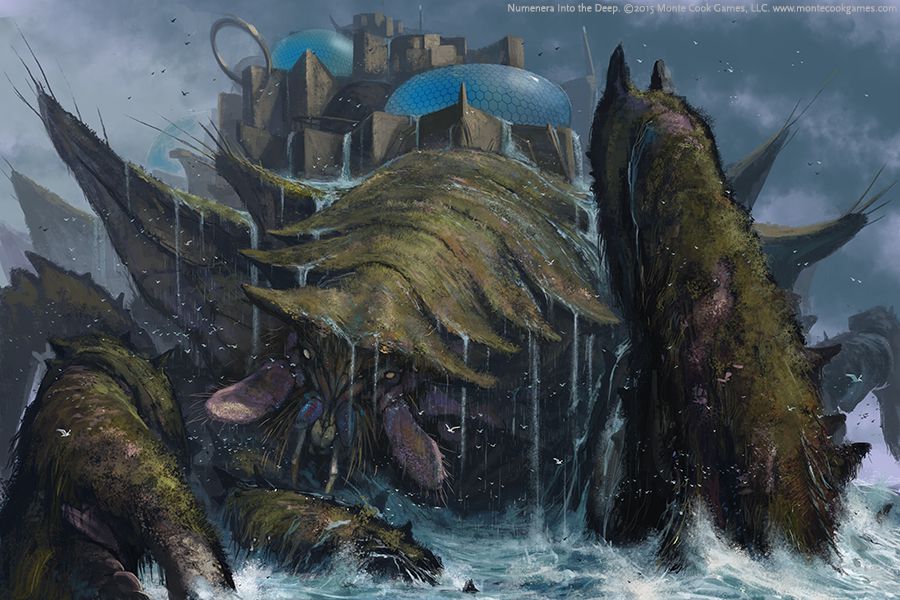 Numenera: Into the Deep

Monte Cook Games’ current Kickstarter, Into the Ninth World, including the Into the Deep supplement, still has 7 days to go, and has hit even more stretch goals than when I first reported about it. Whether or not you play in the Numenera setting, this supplement promises to bring you tons of new locations, races, monsters, and story ideas for whatever scifi game you’re running.

What Tabletop Can Learn from LARPing