Fey of the Elder Starlight 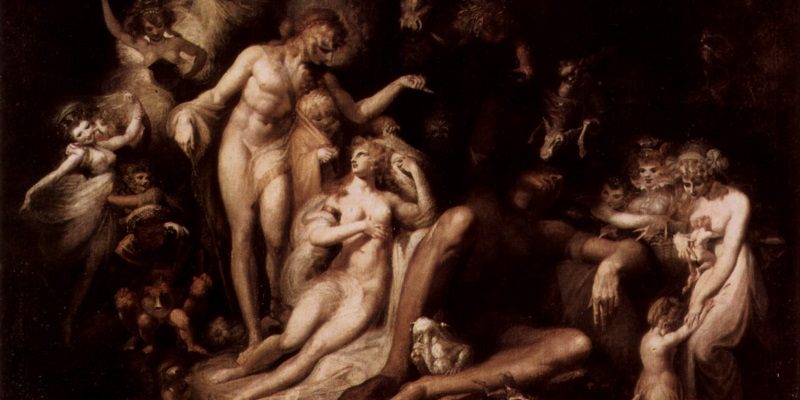 Last time in my series on the fey, I looked at goblin markets and ways that DMs can present them in-game. This time, I’m going to an upper end of the fey power-scale. The goal of this series from the beginning was to populate some of the Challenge Ratings that don’t feature fey. How about CR 30, and the kinds of fey that might make the Archfey nervous?

Fey Chivalry | Fey Huntsmen and Leashed Terrors | Faerie Tales: Naiads, Pixies, and Sprites for 5e | A Visit to the Shadowfell – Shadar-Kai & More | In a Goblin Market | Fey of the Elder Starlight

Many stories involving elves and fey from more recent years (as opposed to fairy tales of antiquity) put their emphasis on mystical bindings and the superiority of the eldest things. Tolkien’s Ainur are greater in every regard than the Eldar, and the Eldar in turn have their own ranking linked the light of the Two Trees. With that in mind, as well as Zeus’s revolt against the Cronus and the Titans, I suggest that there were fey before even the Archfey. These Eldest of the fey ruled the Feywild before the burning brightness of the Sun came into being, when there was only twilight and full darkness (it’s the Feywild, maybe that could happen).

Immortal as the fey of the elder starlight were, their offspring and inferiors – the Archfey – could never come into rulership. Now the Archfey had been divided into Seelie and Unseelie, to war against one another in accordance with the whims of these eldest fey. Titania and the Queen of Air and Darkness had, therefore, only one thing in common: a desire to cast down the eldest and rule in their stead. They fought their rebellions separately, in parallel, for they could never trust one another. In the end, they sealed away those who had ruled in the elder starlight, and became the first of the Archfey that rule the Feywild today.

Yet the power of the elder starlight has not faded; in fact, the fey can still craft garments of it, or coalesce it into a dew. They gather it from the binding-gems and other relics that hold the eldest. Naturally, this means that in the late stages of a campaign, when cosmic threats are on the table, the fey of the elder starlight might slip their bindings. Any of the following might be a good reason:

Variant legendary actions are a great way to introduce variety, if your PCs are likely to face more than one fey of the elder starlight. (I feel kinda bad for your PCs already.) Creatures of this power level should feel like individuals, first and foremost. Attack should probably stay where it is, because it’s good reliable damage output. Adaptive immunity is there to make sure the whole party isn’t a one-trick pony. Rend magic is a way for the Eldest to shake off some kinds of conditions, without going down the road of condition immunity. Adaptive immunity and rend magic are both good candidates for variation. Here are a few ideas:

I don’t know for sure if the stats are “balanced” for a CR 30 creature. They come reasonably close, though the AC, attack bonuses, and non-hit-point defenses are higher than the book suggests. (The same is true of other high-CR creatures, like the empyrean.) In general I would say not to worry too much about the minutiae of balance in a creature designed to be one of the most terrifying things in your setting. Instead, focus on giving the fey of the elder starlight individual personality and goals, and following those goals to the point of beating the snot out of these puny mortals.

Masters of the lesser fey is there just to support the story that the Eldest are a threat to all fey, even (especially) the Archfey, without having to worry specifically about the CR of the Archfey, which might or might not be greater than that of the Eldest (because in most campaigns, PCs won’t fight the Archfey in person). Conjure fey is not an effective way to fight the Eldest, which seems story-appropriate to me. I did not, however, want to screw over elf and half-elf PCs with this; for your own campaigns, feel free to change that line and crush the elves beneath your perfectly-attired heel.

What I like most about the fey of the elder starlight is that they pose a new threat for the highest-level PCs, and put the PCs in a situation where even the Archfey come to them seeking aid. This should feel like a great reversal of fortune after 19 or 20 levels of dealing with fey hauteur. I hope you’ll find a chance to use them, or to make them part of your setting’s mythology just in case your PCs need a reminder that there’s always something bigger out there.