Using Ships as a Dungeon, Part 3 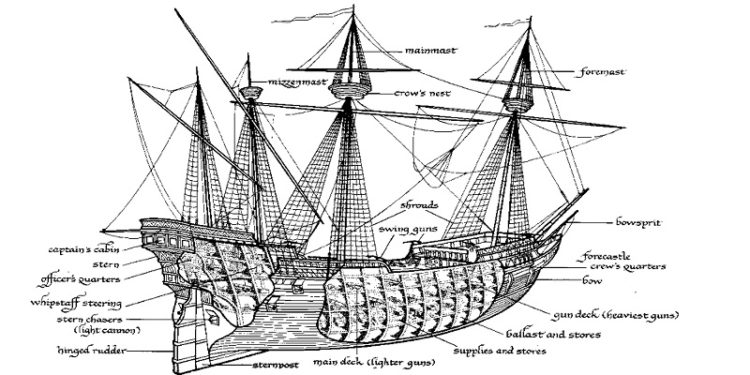 Last time we examined ship purposes, ship based plots, and ship quirks. This time we’ll look at the different parts of the ship, a ship template, and water hazard examples.

Now you have some vocabulary, a template to use your ships, and some ship and water based hazards, you’ll be more equipped to send your player characters on a voyage to use ships as a dungeon.