How to run a Circus in Your Game 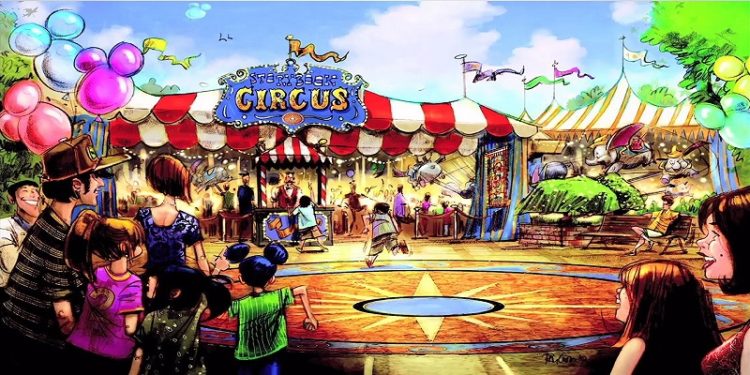 (Author’s note: One of my article readers suggested looking at Ravenloft’s Carnival, which I did, and expanded the article in certain places. Hopefully, you’ll like the expanded ideas contained herein)

Circuses have been around forever as traveling entertainers of acrobats, magicians, jugglers, clowns, freak shows, animal acts, and more. It’s usually fun for the entire family. Yet sometimes there’s more than meets the eye. Using these details you can provide your players with an unforgettable circus experience that will bring this fleeting event alive. If done properly, using these ideas as a base, an entire campaign could be built around this.

This list is a starting point to get your imagination working. In and of itself should this list be considered to be a comprehensive list of the types of entertainers, workers, or miscellaneous other people who are at the circus.

Just because there’s real magic in your gaming world doesn’t mean there isn’t room for stage magician tricks as well. When preparing a character with any of these abilities, think about not only how they could do it as an illusion, but how they could do it with actual magic.

Animals and tamed monsters are a classic act in circuses. They often are set up for choreographic stunts, but can also be trained to play musical instruments, balance balls on their noses, jump through hoops of fire, and the like.

* This could be anything from a tamed a rust monster to a dragon that wants to see the world in its normal shape without frightening everyone to a domesticated umber hulk.

Circus workers have a variety of skills and abilities in order to help them be able to help control the crowds, promote the crowd’s excitement, and direct their attention. Among these skills are (in no particular order of importance):

For the last 4 items, I’d like to thank Wyvern for his suggestions.

In AD&D Ravenloft’s Carnival book there’s a table from pages 27-29 recounting something called “The Twisting” that DMs may wish to experiment with that only happens after prolonged exposure to the traveling circus. If it takes ahold and doesn’t let go, an abomination results, on pages 56-57 of the book. This could be a reason why the circus could constantly be on the move so as not to create them or if they do, not have to deal with the aftereffects of them. Use the ideas therein to provide the players with a hook if they need to track down the horrific circus.

Even if you’re not using Ravenloft’s domains, you could combine the ideas with either Planescape, The Ways, or The Storm of Time to be able to get the carnival to other places or dimensions.

Even though not stated directly, another idea that the Ravenloft sourcebook brought up is that the circus could be the home to a curiosity shop, which this I’ve done a post on before here.

With all these ideas on how to run a circus, you should never have an excuse to run a humdrum one for your adventure again.