A World Without Light 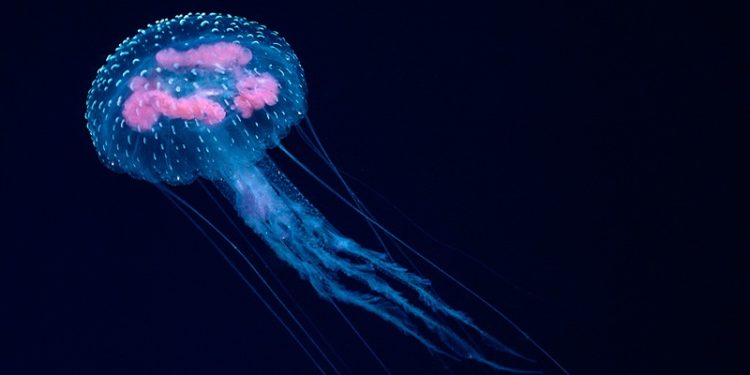 Imagine a world where light never was – or at least not the light that we know and enjoy on the earth. Picture a world engulfed in a perpetual night where even the stars didn’t even make much difference in the inky black darkness, as even if there was a moon, there wouldn’t be enough ambient light to reflect to see its surface. Think about what a planet would be like where life developed on a planet much further from the sun like the barren icy dwarf Pluto. Or on a rock that where life was created by outside forces like aliens or long forgotten gods that set things in motion and have long since passed the way of the dinosaur, and those forces’ existence was what created the world’s light? What would such a reality look like?  Would we be able to make sense out of it, or would it look like anything we experience now?

Keep in mind just because there’s no light, does not necessarily mean that there’s no heat. The planet could be internally warmed, kept warm by magic, has a sun that is being blocked by magic or an eclipse, is a sun that simply gives off no light whatsoever. Or it could even be that it is a world that is at the brink of extinction because of the lack of light or warmth. All these possibilities are interesting choices that you can use for your game.

Such a world would probably a lot less colorful for one. Without a light source, things end up being seen as in shades of gray. Even for things that see in the infrared spectrum, it would be quite difficult to see things that give off no heat signature.  Movement at any sort of “normal” speed would be problematic at best, at impossible at worst unless you already knew the terrain by heart.

If you’re trying to aim for an enemy, you have to hope that they’re A) a heat producer or B) making quite a bit of noise so that you can attempt to target them accurately C) have some sort of odor that you can track or D) moving around on the ground in such a manner that you can feel the vibrations of them moving about. Conversely, characters may have ways of detecting others around them, something like a sixth sense that might be able to be fooled.

Without the ambient light we see here on earth, most of the plants that we see here on earth would be unable to grow. Over time, some plants may be able to adjust to grow in magical light, firelight, or simply from the ambient heat. Conversely, in such a setting, being plants or animals able to produce light might become a valuable commodity… one that makes the difference between life and death. In worlds where science rules the day, people may artificially crossbreed plants to create ones that need literally no light at all.

Having said this, there are other options. Geothermal or chemical energy could be used to grow plants, though they would look considerably different. Many types of fungi, slimes, and molds would be abundant – at least initially because of all the death, as such things are decomposers. Neither should humanoids starve to death, despite not having the ability to farm large scale, unless artificial light sources were brought into the equation to help grow them. There still would be plenty of insects, blind small creatures, and fish that don’t require light.

In a world that is completely without light, permanently, life would make several adaptations. Quite a few more creatures would be able to see in the dark. Others would be able to hear much better, perhaps allowing them to navigate via echolocation because they would have no need of visual acuity. Natural selection would grant some increased senses of smell. Still others would be able to sense the environment around them via tremorsense, or around minute differences in air currents, similar to how a fish feels its environment through its skin.

There are other, less obvious ways that life could have adapted. It could have changed what the diet of the creature is. Things that would be toxic to it normally might actually nourish it because it developed glands to filter out the poisons because there’s not the biodiversity we see today. Due to the lack of trees and plants that would pump out oxygen in exchange for CO2, we might be able to breathe what we would ordinarily consider noxious.

Without light creatures would likely need to be more resilient, as, without vision, they might tend to trip and fall, scraping themselves up, as well as having more protections, as the predators would be all that much more fierce. On the other side of the equation, predators would probably be more cunning, stronger, faster, and more able to snatch their prey.

In terms of plants, they may have evolved to live off of heat, or be more mobile to seek out sources of light that they could grow with. If there’s starlight available, they may have adapted by creating certain parts that help them capture whatever light, similar to the way that cacti have adapted to conserve water. Light would be a precious commodity that they would compete to gather. 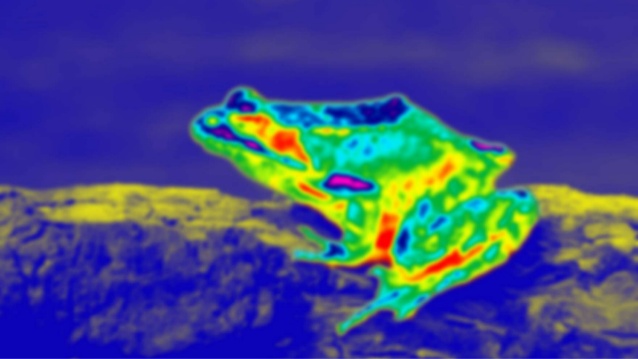 According to the Nova episode “Creatures of light,” one scientist puts it this way: “The open ocean is the biggest living space on our planet – by far, and it’s a very unusual environment. There’s no trees or bushes to hide behind, but animals have to play the same games of ‘hide and seek’ that they do on land, and that’s where bioluminescence comes into play.”

This naturally produced light can be used in a wide variety of ways. First, it could be used as a “motion sensor” to anything a creature possessing it would “bump” into it, would create an alert to others of its own kind nearby to stay away… or that of the predator’s own natural prey. Then again it can be used to warn others to leave it alone, as it’s dangerous to consume, as the coloring of the ladybug does. But not everything with such a glow would actually be harmful, as is seen with the similar coloring of the coral snake vs. the king snake. Another use of light could be used to misdirect their predators, where they create a blinding flash of light to stun and confuse their enemies. While the predator is recovering, it allows them time to escape. Ironically enough, despite what would be “common sense” some creatures may use bioluminescence to hide from their prey by matching the color and intensity of whatever light there would be in the environment, thus effectively camouflaging them. Alternative methods of light might attract prey, such as what angler fish do. All of these tactics can backfire if the predator is expecting the misdirection, and knows how to compensate for it.

Bioluminescence can also be used for communication. Some creatures use flashing, oozing, or pulsating light to communicate with each other. Some of this communication might be to inform their fellow creatures where the predators are. Furthermore, it could be used to communicate where food might be found. Also, creatures may use the light in order to stand out to attract mates. Each species would have its own patterns, style, and brightness to stand out from other, similar species for each of these different forms of communication. There may be even some sort of uniqueness to the pattern that would be able to identify individuals.

Similar to bioluminescence is bio-florescence, in which creatures and plants absorb light, changing its frequency, intensity, and color. In our world, this happens underwater only, as the water filters out everything but blue light. In a world without light, however, the atmosphere may be such that these same adaptations may be possible to be seen on land. How this could be used is to act as a type of sunscreen, or dangerous side effects from photosynthesis, or even personal identification so one the fish can tell each other apart. Such specialized cells may even be able to form a rudimentary armor in creatures that might ordinarily have no such defense. Yet in a world without light, creatures would develop ways of detecting/ seeing it would be a lot more prevalent than we see now.

Depending on the technological or magical level of the society when the lights vanish may lead to some interesting things. People may tattoo themselves with bioluminescent/ bio-fluorescent proteins to be able to get around without a power source. They may create weapons out of bioluminescent materials so they have an advantage over their foes. They may discover ways of curing diseases by inserting these abilities into animals and doing testing on them to determine what cures work.  Conversely, they may insert them into food so they can determine what’s safe to eat.

In a post-apocalyptic society where there is nuclear winter, and the sun is being blotted out by constant snowstorms, bioluminescence may be the key for survival in that the light produced needn’t be a “cold” light, but a source of heating and cooking as well.

With these all ideas, consider taking away the light of your world… and seeing what developments arise!

My experience with Call of Cthulhu (Why ...