Dealing With Difficult Topics in RPGs 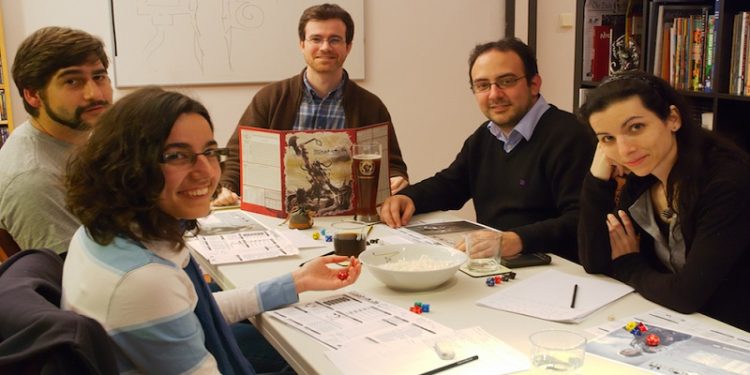 (Author’s note: this article will be a bit different than the ones that I have written in the past because it is explicitly aimed at the group dynamic, not the ones running the game per se. Also, please pardon the use of block quotes; I didn’t want to have to lose any of what was said.)
To start out with it should be noted that there are a wide variety of topics that make many people uncomfortable, including sex, various depictions of violence or abuse, slavery, terrorism and racism, among other more difficult topics, such as phobias of such things as spiders or snakes. Other topics may be considered to be difficult because they disrupt the suspension of disbelief. Still other topics may normally be OK, but because of the fact that it’s been in the headlines recently, it simply “hits too close to home.” By knowing what topics you and your group wants to avoid (even temporarily), you’ll end up with a more fun and enjoyable gaming experience for all. 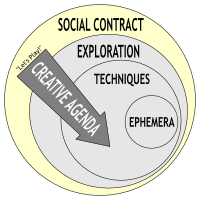 Session 0
Once you start to plan a campaign, after you’ve recruited players to your group one of the things you’ll want to do is a Session 0. According to this answer https://rpg.stackexchange.com/questions/105388/what-is-a-session-0 on RPG Stack Exchange,

Session 0 is a planning session where the gaming group collaboratively lays the groundwork for a new campaign [before the campaign starts, had its first game]. Often, this session involves the group deciding the game/campaign they want to play, managing expectations, establishing house rules, determining setting details, and creating characters. Session 0 provides a meeting for the gaming group to agree on what kind of game everyone wants to play….

Session 0 is recommended because tabletop RPGs are ultimately a collaborative entertainment activity. Everyone is there to have fun and Session 0 gives the group an opportunity to establish what kind of game everyone wants to play.
In order to be most effective the “Kind of game” needs to be as detailed and descriptive as possible. This isn’t simply the genre, the game system (though these certainly are a part of this concept). It talks about what roles the party will be playing (heroes vs. villains), race/ class restrictions, tone of the game and more. It also discusses social norms, such as no harassment of the players, respecting the hosts’ house, paying a “table fee” or discussing who brings snacks/ drinks to the game, etc. These are especially important in some genres, such as horror, because getting out of character can not only ruin the mood, but shatter the suspension of disbelief, causing everyone else at the table to have less fun. These types of details can often be collaborated together between the GM and players, though the GM should have the final say as s/he will be doing a majority of the work in terms of the setting, encounters, treasure and the like.

Same Page Tool
Among the details discussed in a session 0 is what type of a game that the group is playing. To ensure everyone has the same idea, a good tool to use is the Same Page Tool. According to the examples page, this tool is not meant to be something where it’s used as a survey where it’s filled out separately and try to “meet in the middle” or assess what kind of gamer you are. The point of the tool is to create a clear picture of what the game is, NOT attempt to mash together different play-styles – this has not worked very well over 30 years of the hobby. Incorrectly using the tool may cause problems in understanding of what the group expects and what is appropriate. If there are people who do not agree to this set of guidelines, they very likely do not belong at your gaming table and will likely cause problems in your campaign.

Communication is Key
If you’re in the middle of a game and are finding that you’re having problems with the players you may need to do a course correction, reevaluating some of the things that are in play. These course corrections may be more difficult once game play has started. However, it should be noted that these frank group conversations aren’t meant to call anyone out, at least not directly. They’re simply a reminder about how tabletop RPGs are cooperative game and everyone should have the opportunity to build and play the characters they want—as long as that doesn’t impede other players’ enjoyment. This includes things like language or situations that anyone at the table are uncomfortable with.
If one players is playing in such a way that is disruptive to the group, don’t hesitate to pull him aside to let him know that he’s making the other players uncomfortable. Explain to him what about his behavior is inappropriate and give him a chance to correct it. But at the same time, hear his side of the story. Maybe you’ll be able to help him play in a way that uses what he’s been doing, just not in a disruptive manner. If, after talking with him a few times, you may need to warn him that if the unwanted behavior continues you may need to ask him to leave the group, as harsh as it may be. But if you threaten to do so, don’t hesitate to carry out with your threat.
At the same time, the player needs to have the freedom to go to the GM privately if she/ he is not having fun. This lack of fun could be something as simple as they feel that something is missing from the game. If there’s a way for the GM to include what the player wants, and it doesn’t upset anyone else’s sensibilities, it’s a win-win. Furthermore, if there’s a topic that is included in the game that the player has become uncomfortable with and doesn’t want it brought to the attention of the whole group, she/ he needs to take the GM aside and privately discuss not talking about said topic. If the GM agrees and is able to do what’s asked without disrupting the game, it’s also a win-win. However, if not in either case, the player needs to have the freedom to be able to walk away as well.

Another way of looking at how boundaries might be enacted are the ideas held in “Lines and Veils.” To give some context lines are hard and fast boundaries of what does not occur in the game and not allowed in the game either from the DM or the other players.
Veils on the other hand are things that may happen in the game, but fade to black. These can be handled one of a variety of ways: The first is that it remains in the story, but the scene fades to black. Another is that the detail is taken back, another put in its place and the scene continues. A third way to deal with it is that the group takes a break and figured out where to go from there.

The X & O -Cards
One tool that can help with lines is the X-Card:

The important thing is that: if you don’t want to go there, we don’t have to go there. We can change directions. No one is going to make you explain yourself when you use the X card. We just figure out what everyone needs, and we accommodate them. In most cases, we just edit out the problem content, replace it, and keep on rolling… The X-card is your escape, no questions asked, and the moment you feel uncomfortable with where this is going, hit it… [another person goes on to state ] no matter what the subject, the game isn’t about who can be the most edgy, and so everybody wins when people use the X-card.

It should be noted that the player who feels the discomfort doesn’t necessarily need to use the X card. Others can use it on another’s behalf if they sense his/ her discomfort.
The O card, on the other hand is a signal to the GM that the person who is using it may not like the situation per se, but it willing to allow it to continue. The page continues:

The O-card is super useful as a way to give support to people who are approaching tense, emotionally tough matter. It’s letting them know that it’s cool, they’re doing fine, and let’s bring this up a notch. If your goal is to work with emotionally difficult matter, than having a way of encouraging is useful (and the O-card, because it’s silent, lets you not break flow.)

Session Ratings
Having said this, there still may be topics and ideas in the RPG that may be uncomfortable to people, but vitally important to the story line. An idea to help avoid this situation is having Session by Session ratings. https://geek-related.com/2012/10/31/campaign-tool-agile-session-ratings/ and if the DM knows that a topic is uncomfortable s/he may suggest the person skip the sessions the uncomfortable material will be present.

Concluding Thoughts
Because tabletop RPGs are a social medium, misunderstandings, disagreements, and arguments may occur. But just because they can, doesn’t mean that they necessarily need to get to the point of destroying the gaming group’s dynamic. Gaming should be a “safe space” in which we can discuss and explore difficult and tricky moral situations, but never be pressured to occupy that space. By using these tools, we can have more fun and respect each other’s boundaries.