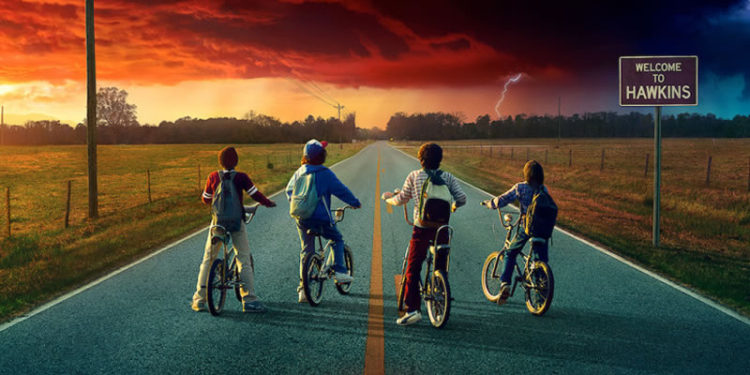 Since the release of Stranger Things back in July 2016, the Kids on Bikes sub-genre of sci-fi/horror, is pedaling at full speed!  This sub-genre was first popularized back in the 80s through the works of Spielberg and King, such as E.T.: The Extra-Terrestrial, Stand By Me and The Goonies. This fall is looking like the season of the bike with IT breaking September box office records and Stranger Things 2 looking to consume massive bandwidth this weekend.

Like a nostalgic blur, I can still remember those summer breaks back in the 80s where my friends and I disappeared into the labyrinth of bike paths and woodlots between the houses in my Toronto suburb. These days I feel more like the father from Stand by Me stuck at a computer writing, than the kids in these movies that I share a similar birth year with. Watching these movies for me, as a kid or as an adult, awakens feelings of freedom and adventure that only a pre-teen on a bike leaving the watch of protective parents can experience.

This article will look at how to run your own Kids on Bikes one-shot adventure. I’ll be taking a look at tropes of the sub-genre, how to structure your adventure, what rules work might work best for this type of adventure and some sources to check out for inspiration. 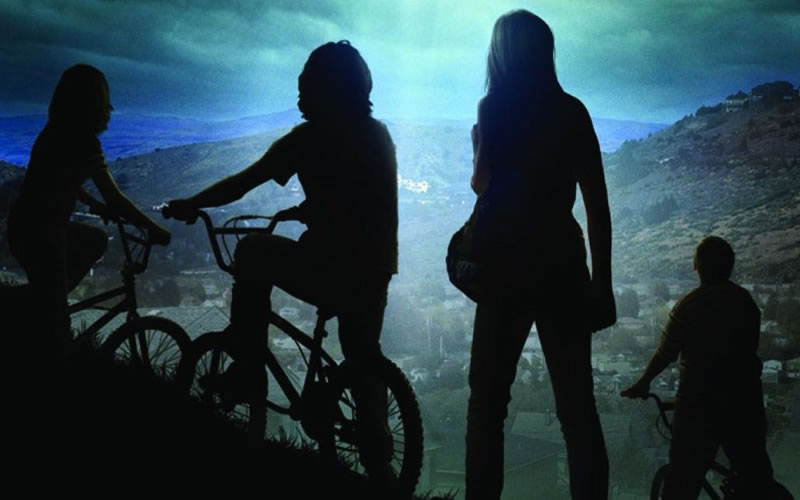 Tropes of the Kids on Bikes Sub-genre

Let’s break down some of the shared and typical tropes that are found in the comics, movies and shows of this sub-genre.

Bikes are a must have for this type of adventure, and not just because they are typical and titular for the sub-genre. Bikes represent and provide the first taste of freedom for the kids, allowing them to find trouble with no adults around, making these adventures possible.

The kids often have a place to call their own, that they don’t have to worry about adults. This place could be under a bridge (Lucas), a basement (Stranger Things), a treehouse (Stand by Me) or even just one of the kids houses where the parents (or parent) are always at work (The Goonies, Super 8).

Have the players describe their hideout as a group at the start of the adventure.

The gang of kids is often a bunch of misfits that don’t fit in with the popular kids for numerous reasons. This opens them up to being bullied or at least puts them on the outside of the popular crowd. The 80s was a different time and things that created a misfit back then might not even be a challenge today. For your adventure, ask your players to create PCs who would be considered misfits in the 1980s for reasons such as:

Another interesting choice a player could opt for is creating a popular kid that falls in with the group, finding out they can be themselves, even if it is likely only a temporary friendship.

The many Kids on Bikes movies of the 1980s were generally set in the time around when when the movie was released, but there are exceptions such as Stand By Me which is set in 1959. Recent entries in the sub-genre have tended to set themselves back in the 80s as well.

Your story can be set anywhere, but 1980s small towns and suburbia work better than the city.

Look for maps online of real places, steal a town from an established setting (see Tales from the Loop and Bubblegumshoe below), create a fictional town or pull your own town/suburb from your youth.

In the Kids on Bikes sub-genre, the adults are usually struggling to get by or are even completely lost (Stranger Things has plenty of this). Their main purpose is help define kid protagonists and provide a contrast to the kids.

Parents and adults in the story often have some of the following challenges:

The adults are too wrapped up with their own problems to notice the activity of the kids, unless they get in trouble with school or the police. When it comes helping the kids, they won’t help or even need to be avoided. This doesn’t mean that all adults need to be unsympathetic, but it’s the broken adults that drive Kids on Bikes stories, forcing the kids into action.

The authority figures presented in the stories come in all types of forms such as businessmen, soldiers, scientists, police or even government agents. In almost all cases, they are shown to be cold, sinister, faceless, possessing weapons or advanced technology and most important, not to be trusted. The most typical example of this is the hazmat suit, found in ET, Super 8 and Stranger Things.

Help your players create one or two adults in their life.

Last but not least is the monster. On the way to finding the monster, the kids should experience challenges facing off against other kids, adults and even the environment, which might even be more important than a final showdown. The monster can take many forms and should stay in the background as long as possible. The typical Kids on Bikes threat isn’t defeated in a final showdown where they battle a monstrous threat, save the day and get treasure. The monster is generally used to represent a fear of growing up and can’t really be defeated.

For your own adventure, try to create a monster that is terrifying but misunderstood, rather than than murderous and evil. Whatever the nature of your monster, provide a way to defeat the monster through problem solving, rather than combat. Remember, your players are running kid PCs who are far less powerful than even regular grown-ups. 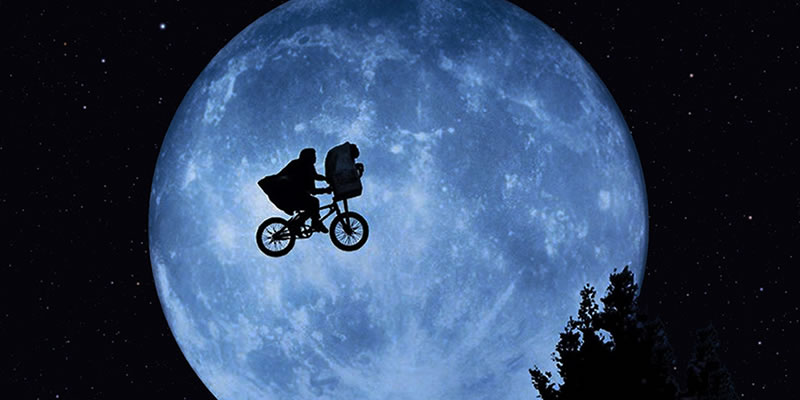 How to Structure Your Adventure

I’m borrowing this story structure from a few sources, but mainly Tales from the Loop (see below). Like the 5 Room Dungeon, a mystery can be broken down into 5 parts too. I’m not doing all of the work for you here, you’ll need to come up with your own idea.

With all the clues assembled, the players should know what is going on and be pointed towards a final showdown. If your players are having trouble solving the mystery you can:

Regardless of how the kids get there, the showdown is here and it is time to stop bad things from happening. The adventure should have shown the kids that they can’t count on adults to help and they are on their own. Whether the kids are successful or they fail, the story reaches its climax.

The showdown should have provided answers for the mystery. It is also likely new questions have emerged, which can be great for running another one-shot or even a full campaign.

Life has moved on in the days or weeks since the showdown. The kids might be the only ones that knew about the event, all evidence of the event has disappeared, or the event might even be cleaned up or kept under wraps by some authority. They aren’t celebrated as heroes and simply go back to their regular lives of fighting parents, bullies, and midterms.

Run a short scene at the kids hideout with them all together to give the players a chance to talk about what happened. Provide the kids with a newspaper, a TV broadcast or something else that explains away the event as swamp gas, military tests or an obvious cover-up. 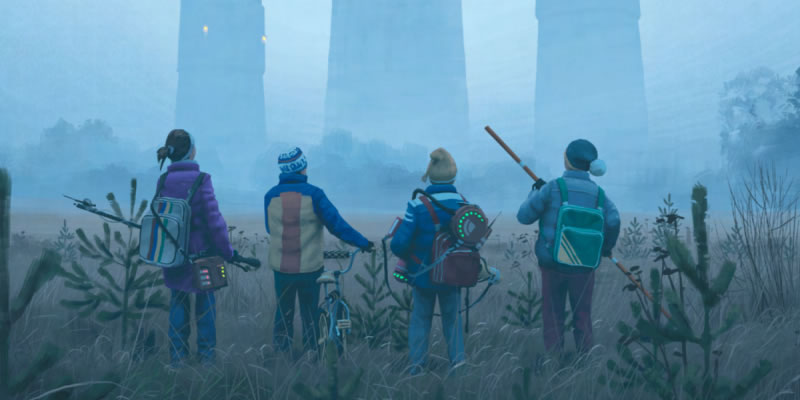 What Rules Work Best for this Type of Adventure

I’m not going to answer that question for your, but I will provide the following five recommendations for you to consider.

This condensed version of the Fate Core system is relatively quick to learn and character creation is relatively simple. The game is flexible enough to handle any adventure and works well with scenes.

Based on Gumshoe, this game was created to run adventures where “intrepid teen sleuths” solve mysteries. The game works well for high school or middle school, provides various small town settings and provides your with ways to discover clues, solve problems (tests) and handle both social and physical conflicts.

End of the World

This game by Fantasy Flight Games comes in four flavors with zombies, gods, aliens and machines all providing a multitude of apocalypse scenarios for your kids to survive. The stories are focused more survival, than solving mysteries – but it can easily handle your adventure. Their character building system asks you to create yourself versus a fictional PC, which an easily be adapted to create kids (even a 12 year old version of yourself).

Tales from the Loop

“In this roleplaying game in the vein of E.T. and Stranger Things, you’ll play teenagers solving mysteries connected to the Loop. The game rules are based on Mutant: Year Zero, which was awarded with a Silver ENnie for Best Rules at Gencon 2015. It has excellent rules for creating kids and ideas on how to run everyday scenes and mysteries. Anyway planning to run a Kids on Bikes adventure should highly consider Tales from the Loop.”

Your typical d20 fantasy system isn’t the best match for this type of game, but what is does have going for it, is that most people know the rules and don’t have to learn anything new. The characters in Stranger Things and ET even play this game on screen, so why not have your group imagine themselves being a group of 12 year olds playing D&D while playing D&D. d20 does a good job on testing skills, but you might want to pull out most of the classes and combat system. 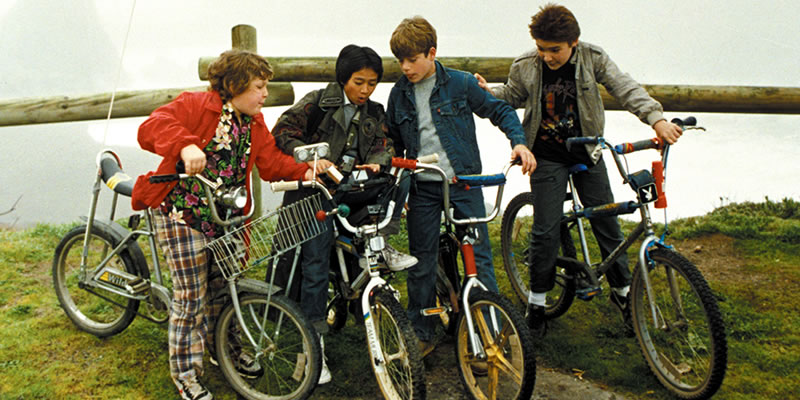