The Ghost in Baddon Brewery – A Spooky Short Story 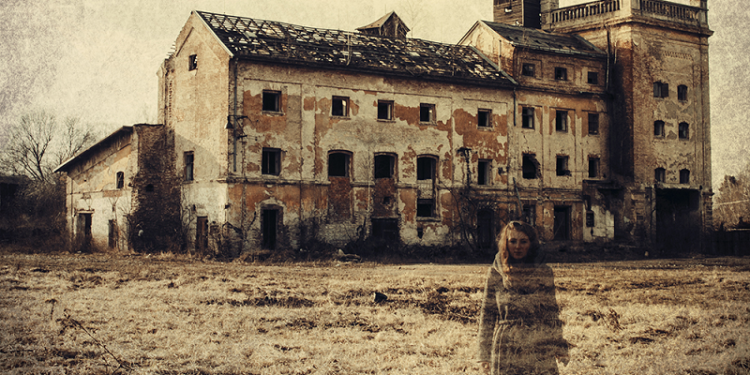 I’m a planner at heart. I schedule my time fairly efficiently. I even build in buffer time for random stuff to crop up. However, even that sometimes isn’t good enough in the face of fate. When phone systems go down for portions of the state, you have to work on your day off, and end up taking a six hour road trip, things slip. What I am saying is, today’s article is going to be something different than normal. Instead of looking at the history of a creature, some Planescape whatever, or taking lessons from other mediums, I want to share a spooky short story. After all, Halloween was yesterday. It’s within the statute of limitations. This is a one-off, unless people want more stuff like this.

It’s not tabletop-centric, itself. It would be super easy to run something like this in a variety of systems. FATE, d20 Modern, 3:16: Carnage Amongst the Stars, and TechNoir all spring to mind. The short story is similar to the premise of Return to Camp Adonis – A Halloween One-Shot. A group of YouTubers investigate an abandoned brewery that is the subject of an urban legend. They hope to find evidence the story of Pretty Sarah – a woman who supposedly died in the brewery – is true. It’s a quick, but hopefully fun read. Again, this is entirely a one-off – unless people want more fiction – so read it while you nurse your candy and liquor hangovers.

The Ghost in Baddon Brewery – A Spooky Short Story

A voice from the darkness floated out to Derek, “Are you getting this?”

Typical Franny, thought Derek. “Do you see the light on, Franny?”,  asked Derek, biting back a sigh.

“Vance has the flashlights, right? We need all of them. Our viewers will want to see this”, Franny called to him.

Our tens of viewers, thought Derek. It wouldn’t do to disappoint them. Between their monetary contributions and the dollar in his pocket, he could almost buy a soda from a vending machine. If there were a vending machine in this godforsaken place. If there was one, all he could probably get from it was used needles, a rotting mattress that smells like piss, or some hitherto unknown strand of hepatitis.

The Baddon Brewery hadn’t been opened in over a century. The city couldn’t tear it down because the architectural committee had it designated a historic landmark, but no one could afford the renovations and upkeep. It had become a place for underage parties, teenage sex, and a place for the homeless to sleep when the weather was bad. No one stayed for any length of time – even people who would be choosing between a building with a roof, and a park bench. What were they thinking, coming here?

The sound of footsteps caused Derek to spin around in a hurry. A grime-covered face loomed in the darkness. A crack in the dirt widened into a toothy grin, and the giggle soon followed.

“Scaredy cat, “ Franny chided. She bounced up and down, rocking from foot to foot. Derek recognized that motion from their childhood. Her excitement was almost too much for her to contain. Derek sighed to himself –  that’s why he came here. He couldn’t say no to her. The perils of getting along with your little sister, he supposed.

She grabbed his hand, “Come on. I found this old room. It has an old desk, bed, and even a hairbrush. I think it’s her’s!” She tugged him towards the looming darkness, the light of her phone illuminating  the path. “Vance and Samantha will find us when they finish bringing in the rest of the stuff. “

Vance was Franny’s boyfriend. He was supportive of Franny’s ghost hunting and desire to be a star. He was happy just filming and spending time with her. Vance had roped his sister Samantha into helping a few months back, and Derek had hit it off with her almost immediately. Since then, the four of them did everything together.

Derek reached into his pocket and cracked a few glow necklaces, shaking them to mix the chemicals together and bring out the sickly red glow. It wasn’t much, but they were cheap and it was an easy way to leave a trail when searching a place. Each of them had a different color assigned to them. Derek had red, Franny had blue, Vance had green, and Samantha had yellow. Cheap and effective – they couldn’t ask for more.

“You think you found Pretty Sarah’s room? Where she was kept prisoner by Angus Baddon until the day she died. You found that room?”, huffed Derek, hustling to keep up with his younger and sprier sister. “Come on, that’s just a legend and you know it. I’m not a viewer Franny. You don’t have to pull one over on me. You already got your mandatory ‘Scare Derek’ moment.”

Franny rolled her eyes. “It’s back through this wall, just on the other side of the vats. The masonry has fallen apart in this back corner. Look. You can see where the two layers of brick are different. Stand here. Most of the room is visible, but not all of it. The machinery would have drowned out her screams. No one would have heard her.”

The too-bright white glare from her phone swept over the far corner of the room, illuminating a pile of freshly crumbled brick and mortar just beyond the brew tanks. He could see an elaborate desk with a hairbrush sitting on top of it. Something about this wasn’t sitting right with him, but he wasn’t certain what it was.

There was yellow light in the room with a source he couldn’t place. He could make out the ancient brush – caked with black stuff that might have been mold, debris, or any other manner of filth. It was better to see what else the rest of the room held than think about whatever it might be, surely. He crept forward, hoping to spot the light source and get a better sense of his surroundings.

He froze when he got close enough to see it.

“Sam, are those your lights?”, he asked. “Why didn’t you drop them as you were going, like you normally do?”

The light from the phone clicked off, plunging the place into almost total darkness, lit only by the glow of his red necklace. Well, the red necklace and the pile of yellow glow necklaces in the room beyond.

“Sam, this isn’t funny. Is that Fran in there with you? Are you in on it too? Ha ha, guys. Very funny. Creep out Derek and laugh about it. Real adult of you.”

He edged closer to the room. The yellow light was reflecting off liquid on the floor and Sam’s leg. She wasn’t moving. He shone the the light around frantically as panic gripped his chest. The light flashed over another body on the far wall, slumped against it. It looked like it the head had been bashed in. Only the hat on the ground gave any indication that it was supposed to be Vance. He had to find Franny. He had to get out of here.

Movement caught his eye. He looked over at the desk. He had time to register that the brush was gone, but something under the desk  was moving. It was a woman’s body, clutching a blue glow necklace. Something dark was pooling on the ground around her.

His nerve broke. Flipping on the light of this phone once more, he ran as fast as he could. Derek sprinted across the brewery, guided by the dollar store lights he dropped earlier. He hurtled down the hallway towards the entrance, stepping  on something hard that rolled beneath his foot and caused him to sprawl on the ancient floor. The light from the phone briefly illuminated a brush as it crashed to the ground and broke. As he lay there in agony, he could make out a flashlight from the glow of his necklace – the kind that Vance and Samantha were getting from the car.

Derek heard footsteps approaching him. The stench of old beer and rotten flowers – hops maybe – was overwhelming. It was all he could do to keep from retching. As the footsteps grew louder, the smell intensified. His stomach roiled and he fought to keep the bile down.. He closed his eyes as tight as he could, and thought of Franny, Samantha, and Vance. The rotting smell nearly choked him as a woman’s voice whispered into his ear, “No one would have heard her.”

Darkness. For a long time, nothing but darkness. It stretched into an eternity.

What was he doing here? Oh, right. He was helping his sister – as usual.

A voice from the darkness floated out to Derek, “Are you getting this?”

Typical Franny, thought Derek. “Do you see the light on, Franny?”,  asked Derek, biting back a sigh.