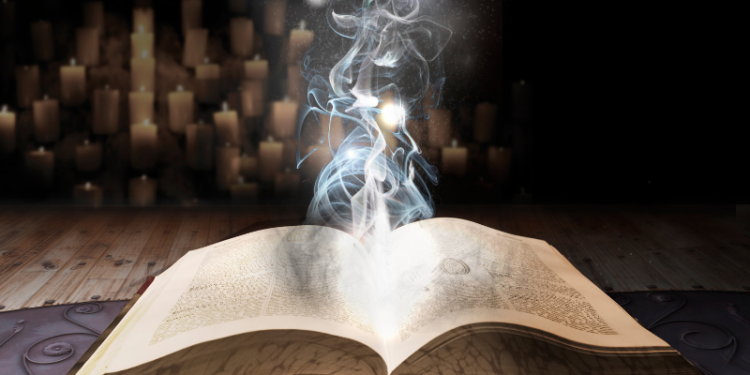 Here in the final glimpse into my spellbook, we will look at Mending. This versatile and often overlooked cantrip has likely the greatest implications for real-world applications. Destroying stuff is very easy, repairing them can be very difficult, but Mending changes that equation.

Let’s take a look at some clever uses of the spell.

Mending allows you to repair a single break or tear in an object with the limits of only mending something that is no larger than a foot in dimension. It also leaves no trace of the former damage. Mending also acts as a way to repair a construct or magic item, but it does not restore the magic of the item.

With these constraints in mind, why should Mending take up one of your valuable cantrip spots? The utility of the spell is the strongest argument. During the course of any adventure, things break. Being able to repair them quickly and in the field can mean continuing the delve instead of returning to town.

You can also use mending to restore broken artifacts. Books and scrolls torn apart can be restored and their information retrieved. A clever DM could take advantage of someone in the party having mending by slowly feeding pieces of a clue, allowing the caster to mend them together over the course of a session.

What about combat? Can something like Mending really be used in combat? Well, I thought long and hard about it and Mending does have a few, if niche, uses. The ones I came up with are:

In a campaign where exploration and survival are emphasized, you can use mending to repair broken bowstrings, cracked shields, and other worn equipment. Mending has a multitude of applications when exploring. Mending allows you to carry a single length of rope, cut it into the length needed, then mend it back together again.

Mending can also be perfect for those thieves and assassins (of any class) who want to make sure that no trace is left behind them. A broken window is easily repaired, a cracked lock can be restored, delaying the discovery of the theft.

I hope you all enjoyed this series of articles. If you’ve used mending in a clever way in your campaign, I’d love to hear about it!

If you’d like to learn about some of my other favorite spells, check them out here:

XP for Gold: How it Actually Works