5 great ideas for One on one D&D games 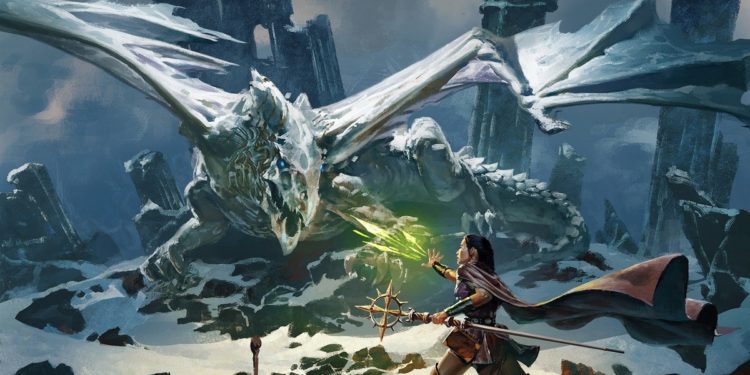 In the past weeks my article on why you should try One on One D&D and How to Do it received quite a lot of attention. What does this mean? It clearly indicates that people are going out of their way and looking for ways to still play D&D while doing social distancing. Being One on one (or duet, as some call it as well) play so easy to play as you only need one other person, it greatly simplifies the process. Now, what happens when you are ready to run a game for this other person but you still don’t know the story arc you are going to make them go through? That’s what this article is all about! I’m here to give you 5 great ideas you can easily expand on which can give you an awesome starting point, or maybe even a whole campaign.

The idea behind this article will be to pitch each idea while trying to convince you through bullet points on all the best aspects of using it for your game. If possible, a starting adventure pitch will also be offered. This will create an introduction to it while leaving the doors open to continue it as long as you want.

There’s plenty of things you can accomplish by having a seafaring adventure. What’s more, if you don’t even want to think of a world to set it in, you can go and get the Best SILVER Seller Seas of Vodari, created by us from Tribality. As this was not enough, running seafaring adventures means you will be sailing on some ship, working with other sailors (or pirates!) that can work as NPC sidekicks or partners to move the plot forward.

Your player starts as a sailor from some ordinary galleon that works for the crown. When this ship is attacked by a pirate vessel the player is left with no other chance other than surrendering or fighting until they fall unconscious or restrained. If the player character surrenders, the pirate captain will have them aboard its ship to take part in the crew. If the player fights until unconscious or restrained, the pirate captain will praise their bravery and take them aboard the ship as well (except this time the player may receive a charge cleaning or as a bodyguard depending on its attitude).

The player character is forced to start a new life as a pirate but finds out many of the crew members are displeased with their captain. Time to start a mutiny! Make the player character look awesome while doing it with the tips I provided both in the Tips on How to Run a One on One Session and Level Design Tips to Improve your Games. Let the PC have the final confrontation or the final shot at the Pirate Captain, making them assume the role of the new one. Now have the PC go on great adventures with its new crew!

Why should you use this idea 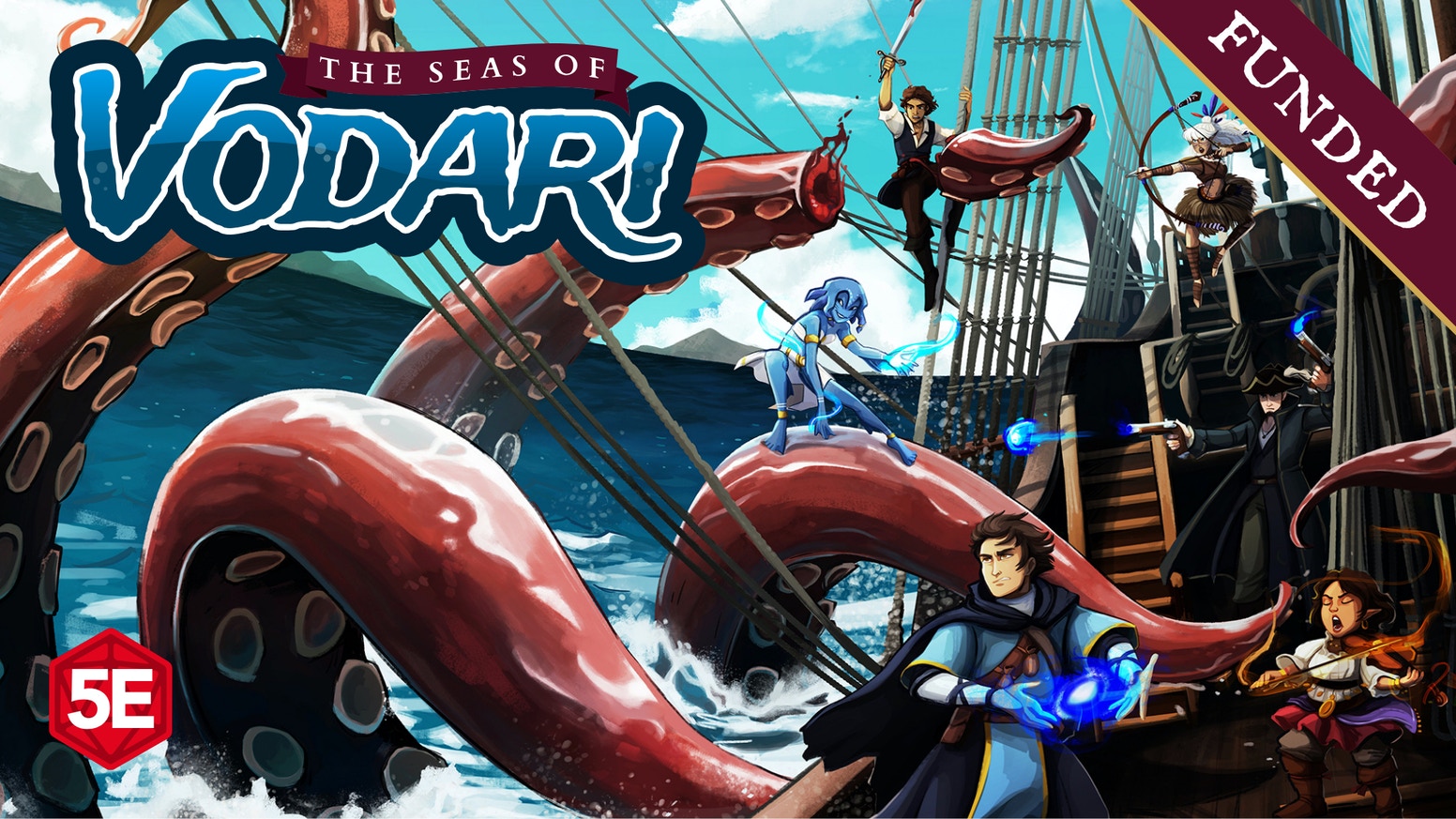 0 to Hero: the trainee

We’ve all seen numerous stories involving protagonists coming from nothing and becoming one of the world’s defenders or even the king’s knight. Lots of D&D campaigns follow this formula. But what if we start the PC as a trainee of some NPC? Maybe the PC could start as the squire of some knight, looking to surpass its master. Being part of a clergy or paladin order can also be great for starting points. As this was not enough, this works as a fantastic way to teach a new player how to play the class! 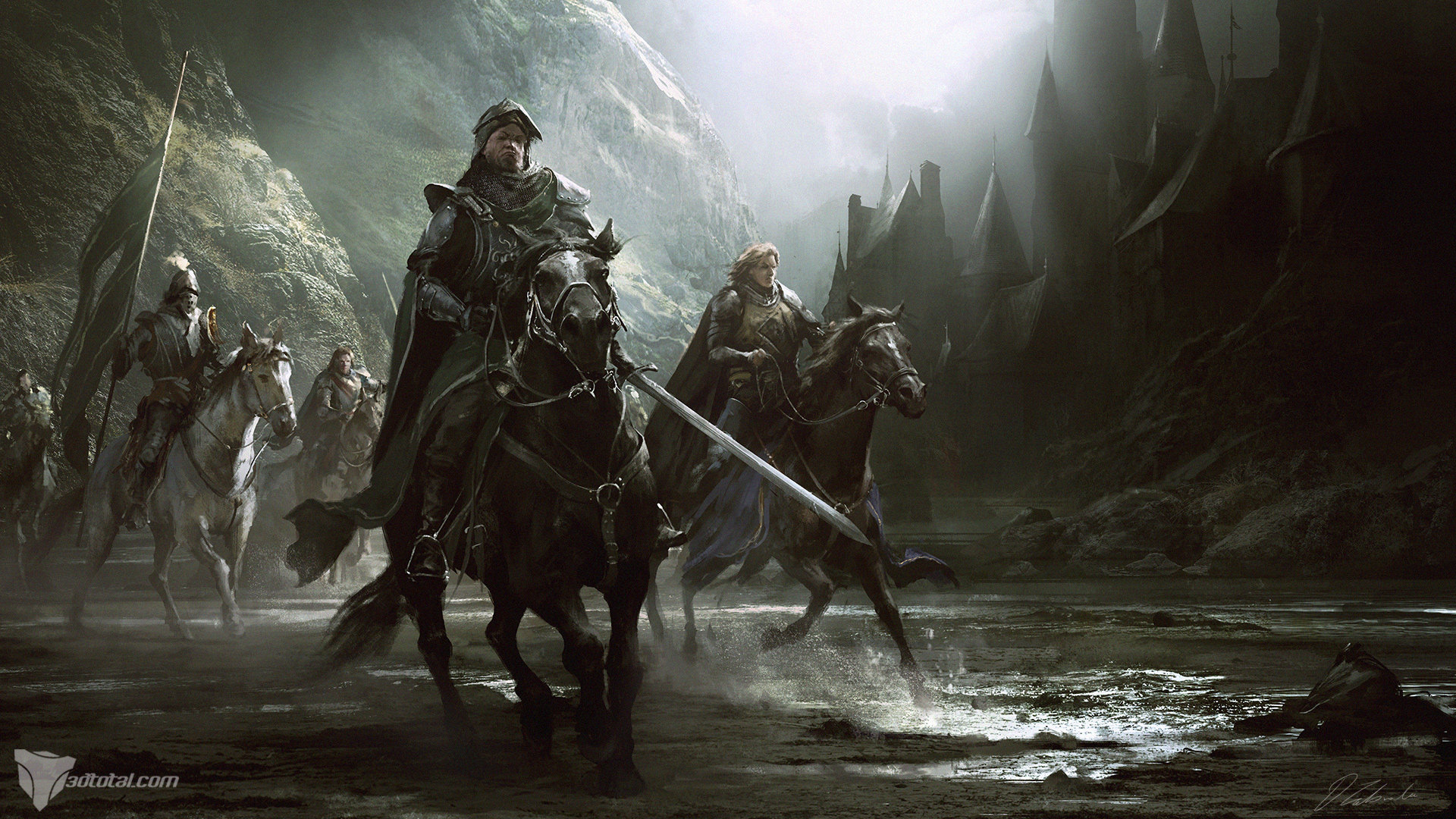 While dungeondelving is something that might not be the most recommended thing for one on one play, I do believe it can be doable. With the right NPC as a sidekick and numerous tools to make the player’s experience easier (such as placing black powder barrels near a great group of enemies) you can create a fun hardcore experience. This kind of adventure can not be done without one or two sidekicks at least, as traps may instantly kill the PC otherwise. Obviously, you should not throw a game like this to a beginner player. This is for those looking for a challenge.

The player character is trapped in the Underdark, possibly to be used as a slave by the duergars or drows. Maybe the PC was part of a previous adventuring group that was eliminated by some evil creature and it was only the PC that was left alive. Now they need to escape from imprisonment and return to the surface while traveling through some great megadungeon, filled with a wide variety of monsters, factions, and even towns and cities. If the Underdark isn’t your cup of tea, you can also have the player be in an extradimensional plane, from which one can only get out of by getting to the lowest level of a dungeon, where a teleportation circle resides. 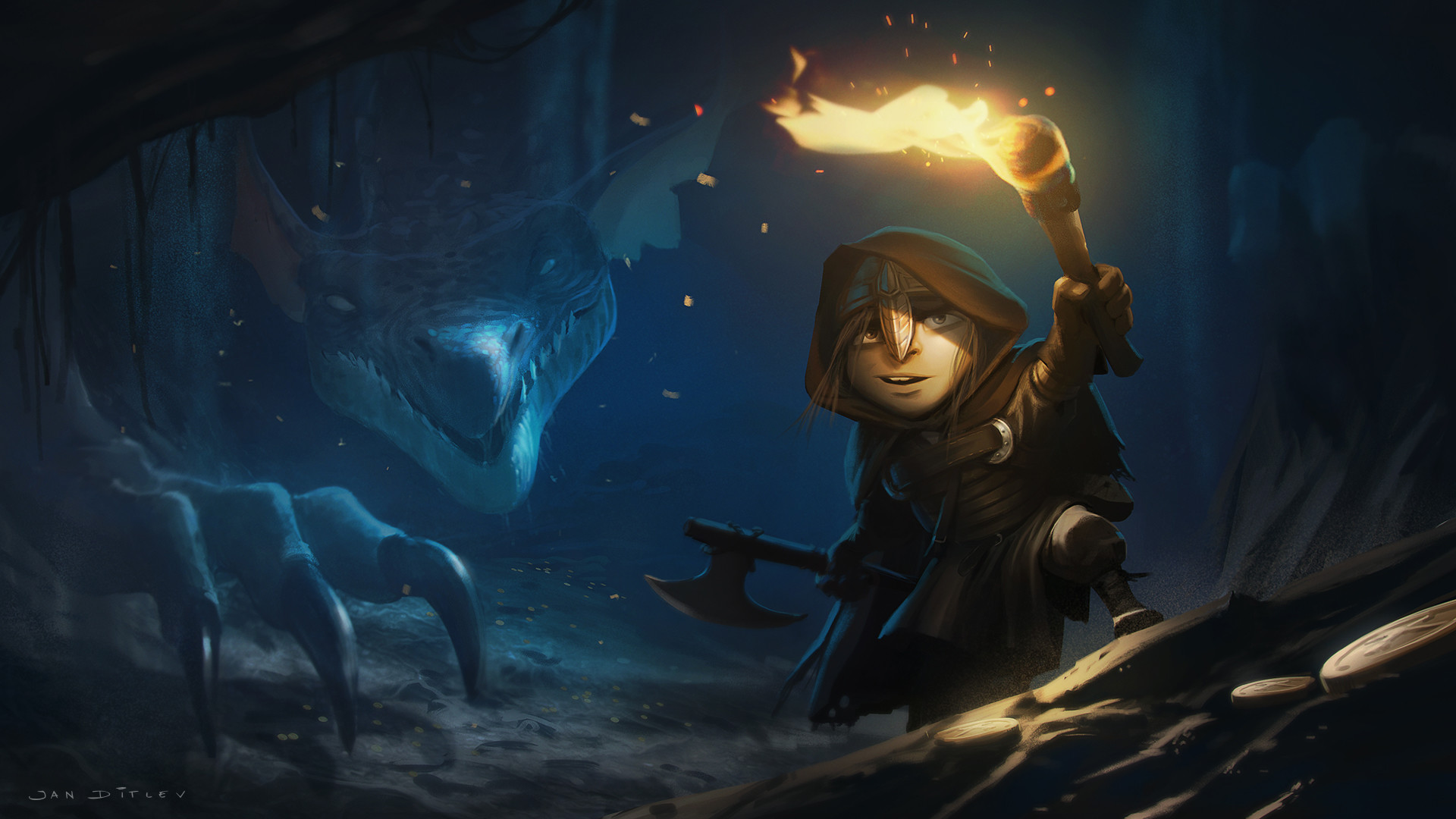 If your player likes the Witcher book, series, or videogame saga, this might be down their alley. Have them create a character that is suited for this kind of game. They will be traveling from town to town, looking for work to do, monsters to kill, problems to solve. Just like the 0 to hero idea, this is another pretty common trope for a D&D game, with the exception that this time the player is on their own on their travels. They may have a companion help them on their journey from time to time, but this pretty much is to play with some kind of lone-wolf character. 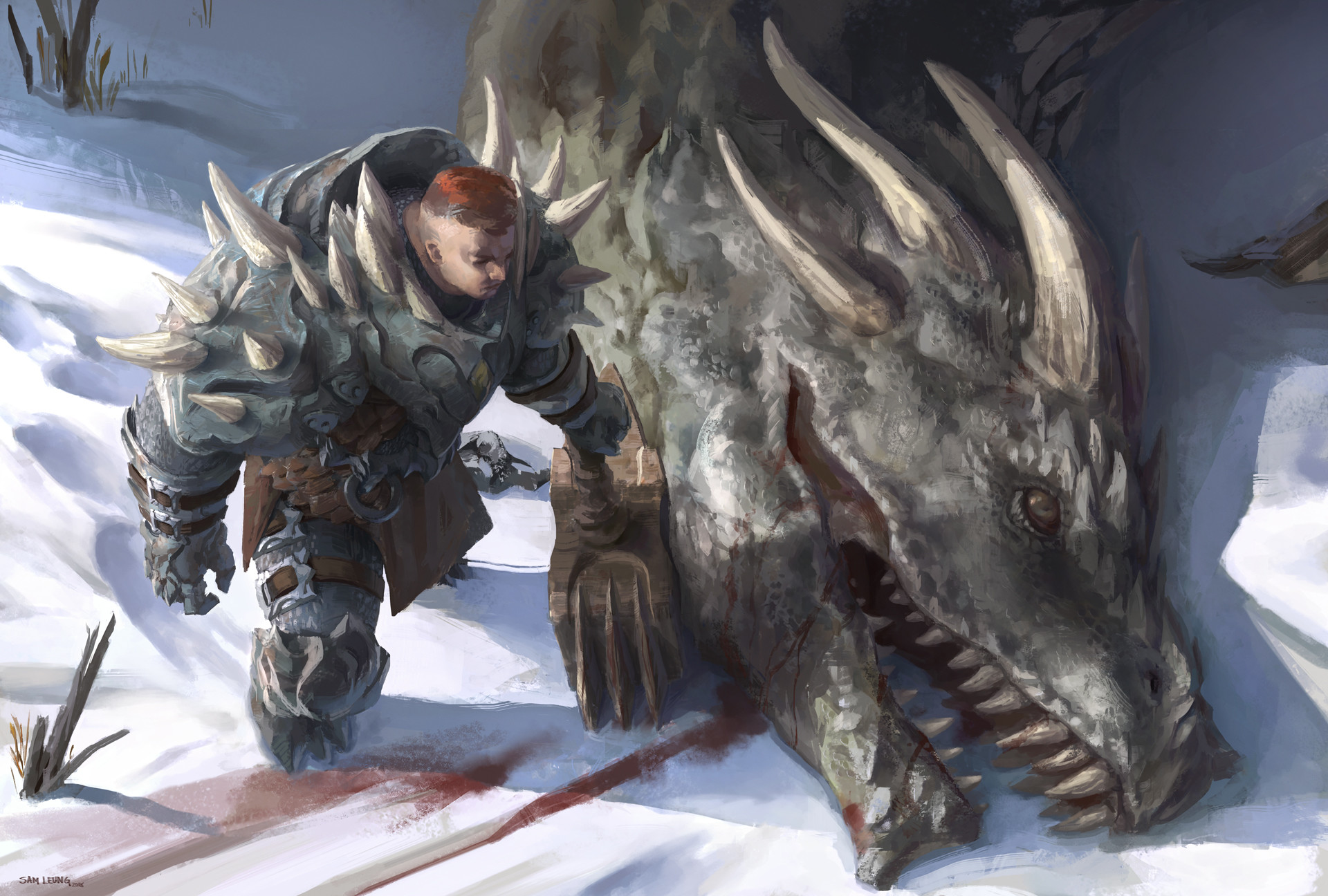 Are you looking for great explorations through the jungles to find the ancient ruins of some forgotten god? Do you want to go against an organization of people looking for the same kind of reliques and information you are? This is the kind of adventure you play with players who want to feel like they are traveling great distances through the unknown (read my guide on hexcrawling for more information on how to do it greatly), finding interesting creatures, making great discoveries and solving puzzles. If you want the evil organization as an extra, that adds a ticking clock to the adventure making it (in my opinion) even better. You can even add an extra layer of difficulty if you wanted by having the player gather resources in order to survive (you can find more information and tips on how to do it in the article I just linked).

The PC is a scholar of great renown principally for their studies. The king of the country the PC resides in receives a letter talking of the discovery of a powerful artifact. This also indicates that the neighboring reign will be alerted as well of its existence. No sign, no apparent origin from the letter. Due to the rivalry with the neighboring reign, the king enlists the PC to find this artifact in the deep jungles of a nearby region that never were fully explored. They must find it and bring it back before the other king gets their hands on it. The artifact’s existence has always existed as a myth, and it is unknown if it truly exists, as the letter says. Two partners will be offered to the PC to accomplish the journey. Safe travels! 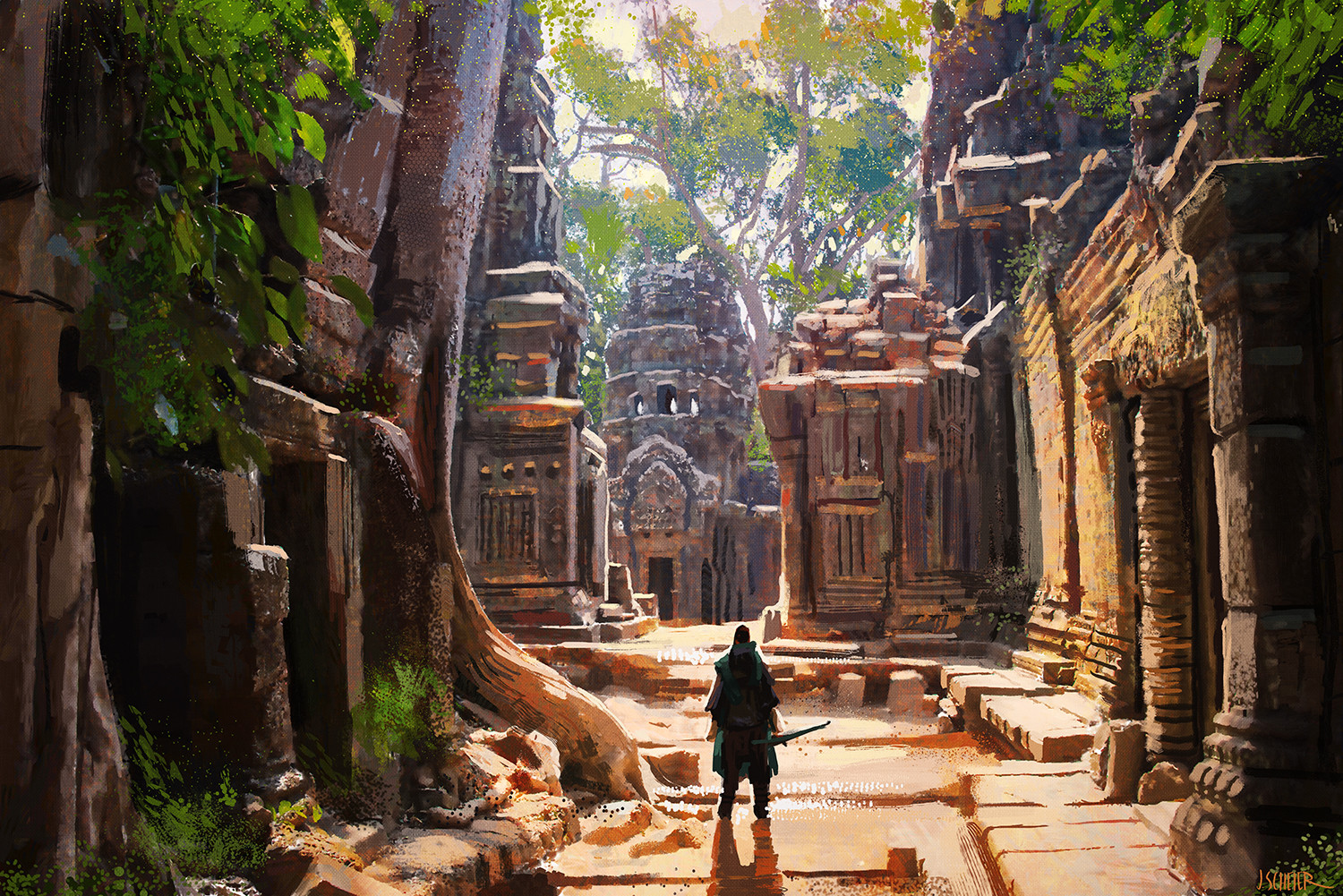 Playing one on one (or duet) D&D is a fantastic way to pass the time and forget you are stuck at home. Fortunately, this style of game can be easily played with one other person that lives with you or someone over the Internet. As I was writing this, I started getting ideas for some other campaign starters for one on one play, so if you do enjoy these, I will make sure to create a second article with some extra ideas!

Do you have some great one on one experience you would love to share? I love hearing about them! Make sure to write it in the comments below!

Are you looking for some sea-themed puzzles to add tou your one on one game? I’ve written some you may find useful! You can find them over here