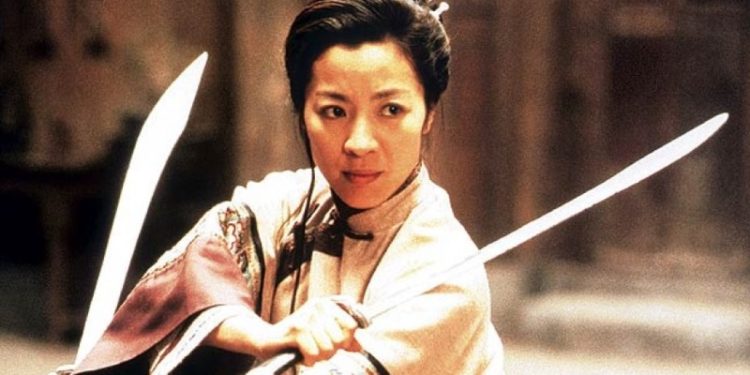 As I write this, my younger son has gone to his first day of preschool. Friends, this is an exciting day – the most important milestone of my life as a stay-at-home dad until my older son can safely handle a lawnmower. Sure, I said I’d be reviewing an adventure this week, but I changed my mind when faced with more writing time. Instead, I’m covering the Book of Nine Swords, which may be the most anticipated entry in the whole History of the Fighter, if the comments section up to this point is any measure.

This book describes itself as D&D inspired by wuxia and martial arts films. It’s not a new Oriental Adventures, though – instead, it’s aiming for a more stylized combat dynamic. It gets there by dividing the fighter into three classes, which draw on the titular nine fighting styles. These fighting styles package their content in maneuvers and stances. At least in format, these are all but indistinguishable from spells. If you’ve ever argued that everyone in 4e D&D fights like a spellcaster (because of the format of powers), well, that started here.

That’s the longer-term importance of this book, of course. If you’re looking for a missing link between 3.5e design and 4e, this is it. Up to this point, fighter-like classes rarely had any concept of a per-encounter or per-day attack option. Maneuvers are encounter powers, plain and simple, though there are also mechanics to recover some maneuvers during combat. That this goes on to inform the 5e Battle Master is, well, self-evident.

The nine fighting styles aren’t available to all three classes; nor are they distributed evenly. I don’t plan to cover each maneuver and stance in detail, because that would take many more articles, but I’ll say a few words about the styles as we go through them.

The first of the three new classes is the crusader, a non-spellcasting concept of a paladin or blackguard within the Bo9S framework. Maneuvers and zeal, basically. In playstyle, it’s a lot more like a different approach to the Iron Heroes armiger class.

Other than being in favor of absorbing damage for their Furious Counterstrike feature, it’s hard to make definite statements about how a crusader (or any other Bo9S class) will work at the table, just as any two spellcasters of the same class might have nothing in common. At least with sorcerers and wizards you can probably guess that they’re good at dealing damage (even if they mostly do other stuff), but that’s not a given for any two crusaders. Their granted/withheld maneuvers would be an interesting mechanic for a whole game’s approach to combat (to characterize tactical openings). On the other hand, you’ve got to pick your maneuvers with an eye toward usefulness in almost all situations, or you could get stuck with a trash hand for awhile, and that maneuver will just keep coming back.

I never played or DMed for any Bo9S classes, so I don’t have firsthand evidence of how well this or any of these classes work. Steely Resolve looks annoying and fiddly – a common enough issue with 3.5 design, but especially showcased here. Other than that, it’s interesting to look at this and imagine a paladin constructed more like a Battle Master, perhaps blending Channel Divinity with Combat Superiority somehow.

I probably don’t need to explain, like at all, that this is a kensai concept. It’s a lightly-armored weapon-using martial artist – thematically a monk, but mechanically nothing like it at all. Enlightened stabbing, not your run-of-the-mill kind of swording! They’re also a fair approximation of high elf Swordmasters from Warhammer: Age of Reckoning, which I loved.

The core of the swordsage class doesn’t say a whole lot about playstyle or party role expectations. That’s not really surprising – the 3.x wizard doesn’t tell us anything about playstyle or party role. All of that is stored in the maneuvers or spell list, and there’s just not much to see in the core. They don’t make party leaders, since they can’t use Devoted Spirit or White Raven. They have tons of ways to be strikers, and while they may not be as great of tanks as crusaders or warblades, they can get there.

I’m not going to have a clear picture on whether or not I like what swordsages are doing for a couple more chapters. There’s no getting around the first two levels of gameplay just being terrible, since you’re supposed to go big on Dex and Wisdom, but… no Weapon Finesse until 3rd. I remember a lot of 3.x rogues being nigh-unplayable until 3rd or 4th level, too… and turning nigh-unplayable again once everything was immune to Sneak Attack at mid-high level. But I digress.

This class is the fighter or barbarian angle on using maneuvers. The flavor text talks up a big war-and-glory game and a lot of physical perfection, but the mechanics don’t speak to that at all. Instead, the mechanics show us a different fighter/barbarian blend (no rage, but Uncanny Dodge). Since I find the default flavor tedious, I’m happy with this arrangement.

I am no fan of the Battle (whatever) features here. They’re fiddly bonuses to reward you for having a third or fourth good ability score; if you’re using the standard array, that’s probably starting at 12 or 13, so a +1 bonus. I don’t think they rise to the level of creating a narrative – they all sort of amount to “a fighter that is good at fighting.” There’s nothing wrong with this class, except that 3.5 needs you to feel great about improving the math of things that only come up every once in awhile.

I’m skipping a lot of this book’s content, but this is the only other part that seriously informs fighter class design. I want to briefly characterize the nine disciplines. There’s every reason to see them as a potential nine character concepts, even if Bo9S doesn’t spin them that way. The Venn diagram of which classes can use what is fairly involved, but each maneuver includes every class that can use it and its maneuver level (a 1-9 scale just like spells).

One of the big things here is that maneuvers play with the action economy in intricate ways. For example, a lot of maneuvers are full-round actions to use, and include movement and one attack (with a lot of extra effects) as part of what it does. The point here is that the iterative attack model (where you lose all but one attack if you move that turn) looks awfully stale by the time this book is in the works, and they’re reaching toward the minor/move/standard economy of 4e.

I love the themes here, and I’d love to see more of these carried forward (with renaming and reworking for tonal consistency) into 5e. Some time back in Harbinger, I experimented with an expanded list of maneuvers for Battle Master fighters and Martial Adepts to pick from, and I wouldn’t be sorry to see WotC or a DM’s Guild writer do much the same with Bo9S disciplines.

The rest of Bo9S isn’t especially salient to the History of the Fighter, but I have to admit that several of the prestige classes sound rad. I’m not slowing down long enough to figure out if they’re good – I’m over a decade out of touch with serious 3.x theorycrafting anyway. I would have loved to have seen a D&D setting that revolved around disciplines and the stories of these prestige classes. Considering how much WotC’s 5e content strategy draws on older D&D lore, I guess it’s not out of the question that a new setting might do just that someday.

In so many ways, this book aims at the same target as Arcana Evolved’s ritual warriors and all of Iron Heroes’ classes. It hits the mark better than either – the maneuvers are more evocative and meaningful than the ritual warrior’s rites, while the gameplay loop is more manageable than most IH classes. Next time in the History of the Fighter, I’ll cover 4e. Don’t worry, Pathfinder and 13th Age will still get full coverage in some later article.