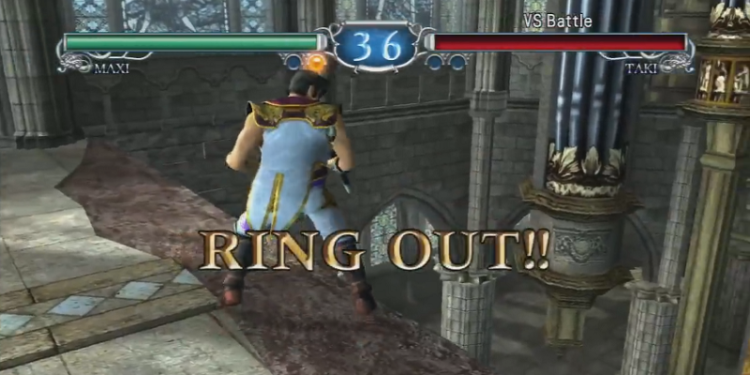 Fighting video games are set up for flying fists, feet and fireballs, all of which make for quick action and
resolution. Such games seem to come in three varieties. The first type is the tournament style where you
have two (or more) rounds and you fight with various moves, trying to hit your opponent while avoiding
getting hit or trying to take as little damage as possible. Most of these games are set up on a 30 to 90
second timer. The second type of fighting game is the “beat-em-up” fighting games where you wander
through levels getting attacked by thugs until you get to the level boss, with power-ups available dropped
from enemies and found in hidden areas, in crates and barrels around the levels. A third concept is based on the fighting scenes in video game RPGs. These same concepts can be applied to your tabletop RPGs to make your combats more exciting, faster, and easier to run.

Fighting games provide a move list, which does several things:
• Provides an easy mechanic to know what the character is doing during any given round. While
this may serve to limit a character’s choices in some sense, it also has the benefit of making
choices easier by providing fewer from which to choose.
• Provides a way to know how long each attack takes to execute. In doing this you’re able to make
initiative count even more, because if two moves go off simultaneously, you can find out which
hits first (or if they hit at the exact same time).
• Provides a “Rock-paper-scissors” type of a system of determining what attacks beat what.
Another similar idea is the idea of elementalism
• Makes defensive maneuvers count (see below) such that moves may cancel each other out or one fighter isn’t even on the same plane/ direction where the attack is aimed at.
•  Allow for “super moves” moves that do more damage – or at a wider area, but drain the health and/ or provide levels of exhaustion (hence the multiple lives in these side scroller beat-em-up fighting games).
• Similarly, like a video game, the moves can have a “cool-down” period in which they can’t be activated again.

In some 3-d fighting games, defeat is measured when one character is forced out of the ring. In an RPG a ring out might be more difficult to do than a fighting game without resorting to it being deadly.

For a less deadly option, it might be a the difference between winning a contest of brute strength such as sumo wrestlers might do. Or it could be a thing of dodging each other’s attacks within a confined space. At the Art Institute of Chicago, there is a sculpture of a game where two blindfolded contestants tried to hit each with a knotted cloth while holding onto a central block in the middle. Let go of the block and you’re “ring out.”

Another option for a ring out would be to push the characters further away, making it much more difficult to reenter the fray – or having their goal(s) be further away. A character I was playing once experienced something like this. In this particular fight, there were open portals to another dimension scattered about the battle field. While fighting a giant, he was throw into one of these open doorways. The problem was that the portal was at the ceiling level of the room we were fighting in, and the dimension had a different gravity, so he fell. He had to make his way back to the portal and face changing direction once again to resume the fight.

Deadlier options are infinitely easier to come up with. For instance: you might be fighting on a bridge and to fall means falling into a pit of lava or down a thousand foot drop, an electrified fence or a damaging spell which defines the area that the combatants are confined in. It could also be a bubble of air in an all marine environment, and exiting out into the water would provide a ring out, as the contestants couldn’t breathe the water.

Fighting games provide a time limit as a mechanic so as to not wear out the players. In a tabletop RPG this will be different. In a tabletop game, a time limit could be something as simple as a building collapsing around them to a character with some sort of poison which will kill them if they tarry too long. Other time limits might be the need to get to a certain location before another party, or if the players stick around too long the enemy will have a chance to make things more difficult for them by being able to gather reinforcements. Another time limit is if the players have to get to a location to help support an army, and if they don’t get there in time, the army would face defeat. Maybe one of the enemies is a werewolf and the moon is rising and they’ll become unbeatable if the PCs wait until the enemy has a chance to turn fully into wolf form. A way to make sure that the players feel the time crunch is to limit the time they have to make a decision, such as an egg timer. Once the time is up, they simply lose their turn until the next round.

In fighting games the people with the most power aren’t wizards who stand around chanting spells from the background, and it’s the job of (basically) everyone else to protect them, but those martial artists/ weapons masters who use Ki/chi/qi to take over the battlefield, as well as those who have instantaneous powers from training or having made deals with dark entities. One system that plays with this (unsuccessfully to most people) is D&D’s Tome of Battle: The Book of Nine Swords. In various games the “mind magic” of psionics also fills this role. 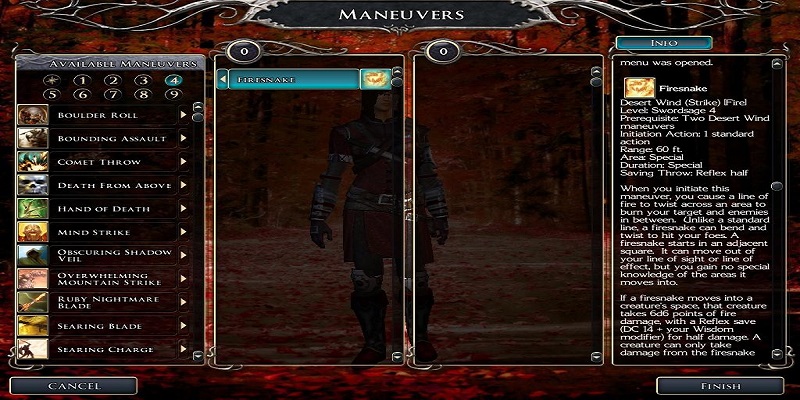 5. Have defense count, but at a cost.

In many if not all fighting video games, (unlike RPGs), unless one is *really* good at the game, it’s almost impossible not to get hit. One of the basic strategies is to make the other character block and “chip” hit points off of them until they KO. In the original Soul Calibur series, the weapons are able to block, without damaging the character, but if they block too much, the weapon itself breaks and they have to fight the rest of the round without a means of defense. In later games of the franchise, the armor was also damaged.

In some of the best fighting games out there, each character has one or more signature moves which if they connect, do considerable damage. Another idea that’s similar, but in the roleplaying video games is the idea of character combos. In the game Chrono Trigger multiple characters could combine their abilities to create new and more powerful effects. Similarly, in some of the more recent games such as Marvel vs. Capcom, among others, they have character “swap outs” where one character gets replaces by another to continue fighting, and the other gets a chance to rest and heal up a bit. This is particularly beneficial for characters who heal super quickly like Deadpool or Wolverine who may be quite injured, and if you can play “keep away” with a character you might not be as good with, you can come back with your stronger fighter and mop the floor with them.

7. Allow for the creative use of the environment.

In some of the more expansive 3D environments, you can use the entire environment to your advantage such as high ground, using improvised weapons or things laying around the environment to block/ shield the character from attack. This is what Jackie Chan does in his movies.

This concept isn’t limited to 3D, either. In the 2D Street Fighter II and higher, there is a choose-able character named Vega who uses personal fighting style combining Japanese ninjutsu, French savate, American Zipota and Spanish bullfighting, earning him the nickname of “Spanish Ninja”.  One of his attacks has him launch himself all over the screen to attack his opponent.

Similarly, in a few Marvel titles where Spiderman is a playable character, his ultimate attack is called “maximum spider” where he goes off the screen only to come back elsewhere to hit his opponent.  Interestingly enough, despite not calling out the attack’s name, this showed up with the fight with Thanos with him being teleported around the battle field in the Avengers: Infinity War movie.

A similar idea is to have useful items laying around. In “beat-em-up” games you might find healing
items laying around the room. Maybe in an RPG they might be labeled “healing” but be a poison
instead or “bull’s strength” and might take away the character’s strength in some way.

Among the typical types of things that fighting games typically do is incredible jumps, sailing through the air with ease, and bounding off the edges of the screen to perform attacks. Most games have rules for such movement, and if your game doesn’t, improvise.

Instead of dice, consider a card based system or the moves could simply be based on the moves list and apply damage accordingly, as above. Alternatively, instead of rolling for damage, you have various levels of “impact” that the moves would reduce or eliminate the need for rolling.

10. Limit (or eliminate) weapons and armor (in some instances).

In many fighting games, the contestants go at each other with their fists and whatever powers they’re able to produce with ki/ chi. It would be against the rules of a tournament to come to a boxing match with full armor or a fencing bout with a claymore.

11. Allow the environment to heal the enemies

Hercules faced an implacable foe in the form of the half giant son of Poseidon and Gaia, Antaeus, whose defeat lay in it being lifted off the ground. Similarly the players might face a shambling mound on an electrified floor, and they must overcome the healing that it provides. Conversely, the enemy might gain an attack due to the environment. For instance, an enemy fighting amid flaming gouts might be able to gather them into some sort of fiery attack.

As players fight enemies, they get a feel for the tempo, the pattern that the enemy attacks in. A good way to challenge and make the game feel more like a fighting game is to change up the tempo by making attacks quicker, but less damaging, or slow ut more powerful or having a combination of quick and slow, but have the pattern either be random or not very easy to follow,  perhaps even changing mid-battle when the enemy gets to be at 50% of their normal health… and then again when they’re at a quarter. Want to see how this plays out in a different type of fighting video game? See here 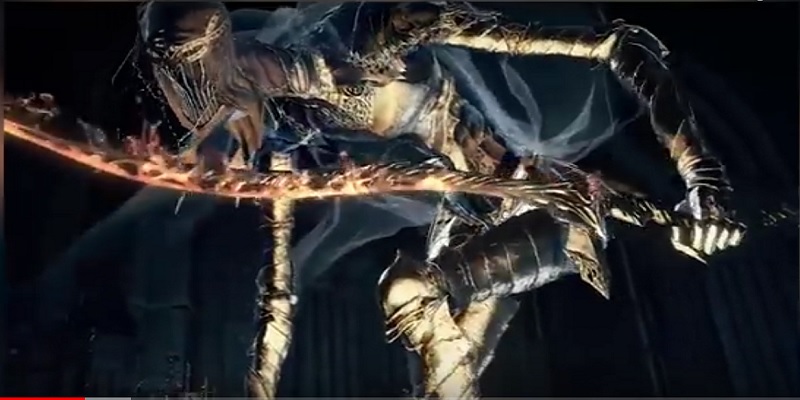 As you can see there are a variety of ways t0 make your game feel more like a fighting game, which I  hope I gave you some inspiration to use. Feel free to comment, like, and reshare!