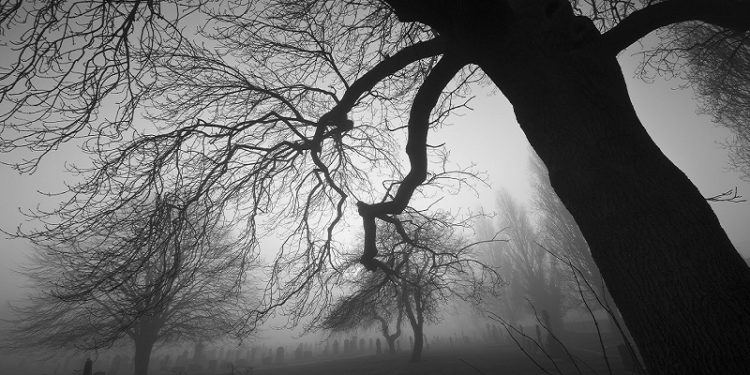 (Author’s note: The Destroyer of Hope is an artifact that can be put into any high magic campaign for a mid-level challenge. I hope you enjoy! Also, please note that I give example spells from various versions of D&D as an example. If you’re running other systems, adjust as necessary.)

The PCs, bone weary from their travels, see a hamlet in the distance. Deciding on taking a break from their adventures, they take a detour towards the town. Initially, from their vantage point, the PCs see nothing amiss. However, as the PCs get closer they sense something is… off, but they can’t quite put their finger on it. The closer they get to the town, the more the notice the sickly looking “off colored” vegetation. As they enter the town, they finally realize what’s wrong with the town. The whole town is an unnatural shade of gray – the plant life is wilted, as if being deprived from the sunlight for far too long; the skin and eyes of the listless residents going about their daily activities as well as their clothing, the buildings, and even the air itself, though the grey doesn’t seem to block or alter the sunlight in any way. It’s as if the color was wiped from the place itself. This depressing gray seems to have sapped the ambition, emotional energy and life from everyone in its grasp.

The Destroyer of Hope is a rod/ light mace commissioned by an evil warlord long ago who wanted to conquer the surrounding territories with as little bloodshed as possible and was designed with a variety of powers to aid it to that end. The mace was designed by a dwarven smith whose name was lost in the annuls of time who imbued it with an evil intelligence.

The dull grey metal mace is made of a nigh indestructible unknown alloy that measures just shy of 2 inches in diameter, widening to about 4 inches around at its head and is about 10 inches long. Instead of being “spiky” like most maces, the mace is smooth, with gentle curves almost like a work of art, widening sharply at the head. Around the mace’s head in Dwarven script the words “Eater of laughter, drinker of misery” are engraved. On the handle it has the words “Give up, for despair is inevitable.” 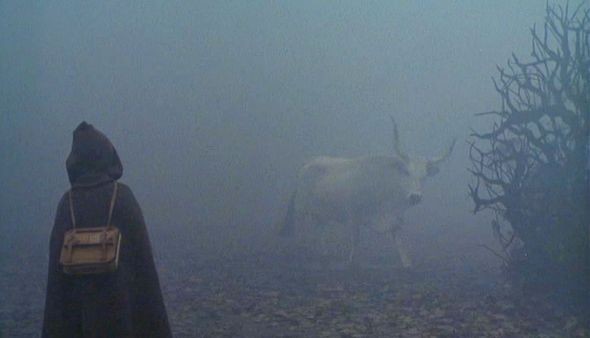 When used in combat, the rod counts as a +3 light-mace for determining what it can hit. It can produce fog, making the wielder harder to hit. The mace also enables the user to teleport around the battlefield (for D&D 5th ed, this would be identical to the Misty Step spell). When it strikes an opponent, they must save or be under the effects of the Crushing Despair spell (-2 to all rolls, feelings of great sadness, despair).
In order to overcome the Destroyer of Hope, those facing it must be able to withstand its emotionally devastating attacks. If they can genuinely laugh, be upbeat (not under a spell such as Tasha’s Hideous Uncontrollable laughter or Calm Emotions spell) while fighting the wielder of the rod, it will shatter once the user is defeated.

In terms of non-combat powers, the Destroyer of Hope has the following powers:

The first power the Destroyer of Hope has is weather control… but this isn’t the typical type of weather that such an object might produce. It doesn’t produce torrential rain, thunder / lightning, or blizzards. Instead, it produces a bone-chilling fog that clings to those in it. The user raises his arm with the rod in it and points at a settlement within visual range that he wants to affect. The unnatural fog rolls at an alarming rate into the town, first starting in the low-lying areas, and then filling the entire town. A small town could be filled with the fog in several hours, whereas a medium sized town might take a half a day. A large city/ capitol might take up to a day or two, depending on how expansive it is. It creeps into buildings affecting those who are inside, so no matter how hot their fires are burning, they will be cold. The chill deadens their “good” emotions, making them less beneficial; happiness, joy, laughter, soon give way to apathy, depression, despair. The fog also takes away any sort of ambition to fight those wishing to take over the town. Much of the normal sounds of life stops, and in its place is a eerie silence that is only punctuated by strange echoes carried by the fog. People within its grasp struggle to make it through the day, fall into a dreamless sleep, only to wake up to repeat the process the next day. This fog also seems to affect the space above the town(s) so affected in a hemisphere that extends several kilometers from it, but it’s is less noticeable until one is fully immersed in its power.

The second power is strange, and scholars who have studied the rod don’t quite know how it works. The longer a people are in the grip of the fog, the more the color is washed away from them. Bright, vibrant colors lose their sheen within a day. In a week, all color is washed away completely, leaving only grays and muddied browns in their place. Buildings, no matter how often painted, return to this selfsame dull color. This color-sapping magic affects everything: clothes; people’s skin, hair, and eye color; houses, furniture; plants, food; even the elements: fire, earth, air, water! 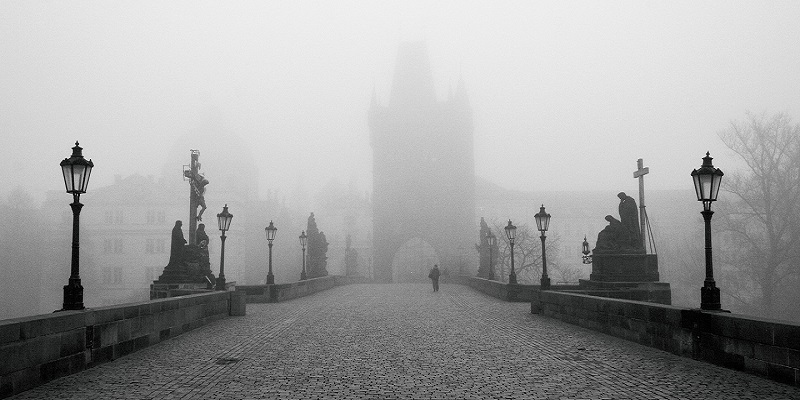 The third power might be seen as an extension of the first, but also could be seen as a power in and of itself. Because the residents of the town are so drained of life energy, the residents are attracted to anyone new who enters the town. The rod gives them a hunger, a need for new energy to replace that which was lost by the rod’s draining. It also gives the residents trapped in the fog the ability to drain newcomers of their energy. They feel that if they’re able to do so, they may be able to temporarily regain their former vigor for a time. This works something akin to an undead’s stat draining attack, but what it does is it drains the victim of happiness and color. The victims of this attack don’t even realize it’s happening until it’s too late and they don’t have the energy to leave the town, much less try to find out what’s going on with the crazy fog.

Those who have been affected by the fog are known colloquially as the Grey Men (singular Grey Man). Sometimes the Grey Men get so desperate for good emotions that they will leave their depressing town and visit those nearby. When they do they will choose the most upbeat, crowded, and energetic places they can get into. As they sit there, absorbing the energy, they are able to regain their color, at the cost of draining the color and the emotional life energy of everything around them. The Grey Men are typically noncombative in the traditional sense, preferring to sit back and absorb the energy and color around them. If confronted, they will flee. If killed, they leave behind a small cloud of fog that will attach itself to anyone unlucky enough to wander in it, thus creating another Grey Man. Should the fog be undisturbed for an hour or so, it vanishes into nothing. If several people from a town oppressed by the Destroyer of Hope end up in a town, they can quickly drain it of color and invite the townspeople to be the next victim. 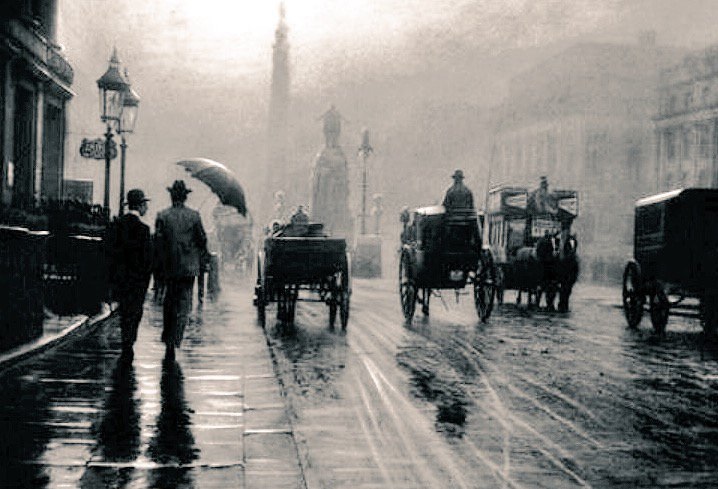 I wanted to create an artifact based on emotions that maybe the PCs would have trouble with confronting.. or even determining what’s going on directly.

These are only a few ideas on how to use the Destroyer of Hope in your game. I hope you enjoyed the article. Feel free to like, comment & reshare!