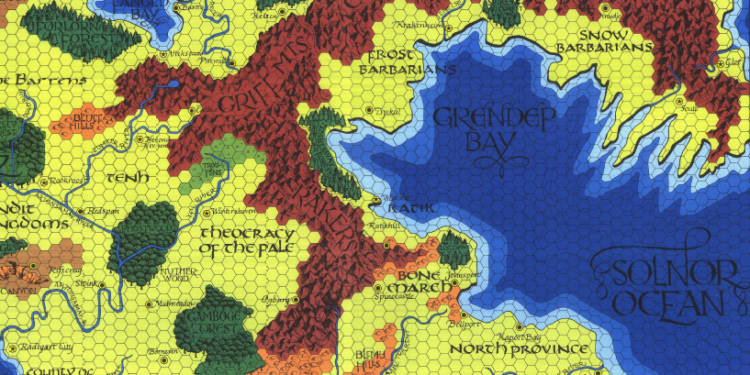 This week we delve into the town of Djekul in the lands of Frost Barbarians, north east Greyhawk.

Greyhawk is the original campaign world for Gary Gygax, with stories centring on the lands of Flanaess, the heroes and villains that inhabit it.

Notes about the region : Frost Barbarian lands are cool in summer and spring, and arctic in autumn and winter.  Blackberry bushes and pine trees are the most common vegetation. Frost Barbarians are tolerant of Necromancy if the skeletons and zombies are used against Frost Barbarians enemies or simply as guards for granaries.

Djekul has around 3,000 citizens, many of these wander the lands or sail the seas on long hunts and patrols for weeks. Most homes are wooden cabins or long houses. Prominent clan banners along main streets and in front of large businesses. Djekul trades with various Centaur clans of the area, has good trade relations with Ratik to the south, but patchy relations with the Snow Barbarians to the east.

Guilds : None. Thirteen clans trade and brawl with each other on a regular basis.

Temples : Norebo, Kord, Syrul. Temple of Syrul is a warm cave with jagged obsidian walls and the scent of jasmine. The Norebo shrine is part of a three story building, which shares an inn and gambling den.

Caverns : Gypsum caverns beneath the city.

Features : Arena fighting pit in centre of town in spring and autumn. Once someone is unconscious the fight stops. 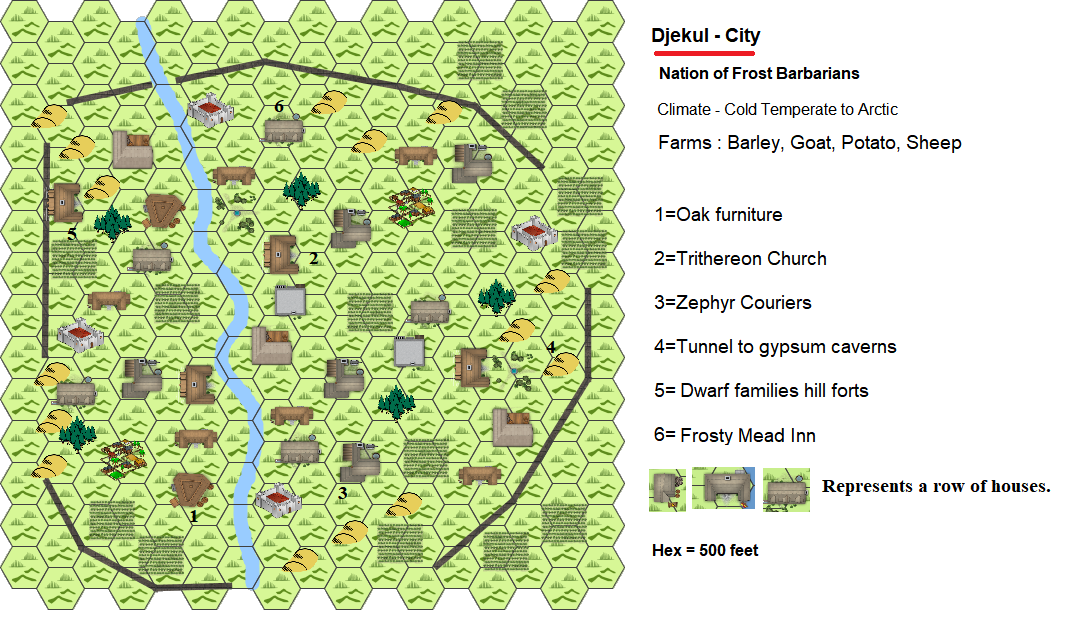 Other creatures in the area : Mephit-Ice, trying to remove sources of fires in the area. Rust Monster, super hungry for minerals or metals. Ettercap-Summoned by a Wizard, seeking freedom.