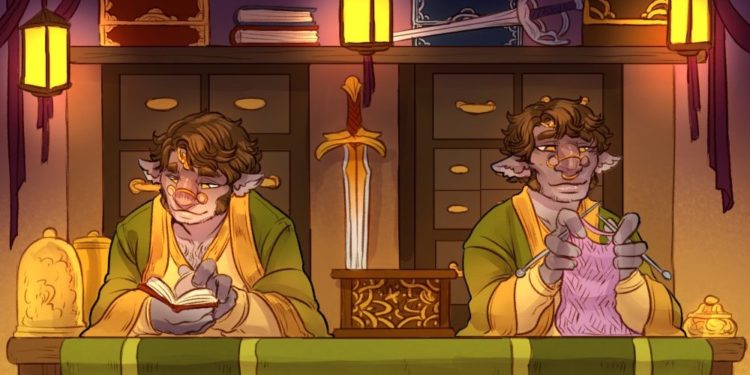 “You come seeking my help?”, says the large human figure in front of you, as he continues tu comb his hair. The ranger pauses for a second and nods “There is a strange and enormous bugbear taking hold of some valuable posessions from the high priest. If you could hel…”. That’s when the other person, wearing heavy plate mail interrupts the ranger and placing his hands Jojo-style on his face says “Say no more, dear citizen. Because I, Frederick Morningblaze, am here to help you with your troubles. With the help of my great paladin friend this should not take much time”

The ranger climbs again to his horse followed by his new two partners and goes back to where his party is waiting at, expecting some backup to defeat the great beast.

Did you ever have trouble creating likable NPCs for your world? Having faced this in the past, I did some research from experienced DMs and created my own steps to creating some memorable characters for my players to interact with. To use as an example, I got one of the newest and most liked NPCs Matt Mercer created (Pumat Sol) and detailed how this DM dealt with all the steps I wrote about. Follow along to get started creating some awesome NPCs!

How important is it for your game?

Probably one of the most important things when creating an NPC. How important will it be for your game? Will it be a recurring character? The more important it is, the more you may have to worry about creating a good impression of it to your players. If it is supposed to be a quest giving noble that will make for a valuable contact to your player characters don’t make it seem like a normal person with your description. You need your players to remember him as “The noble with the high pitched voice who was always repeating himself”, not as “Jack, the guy who gave us this mission”

Pumat Sol is important as it will be the players’ primary source of magic items when they are not adventuring. That’s the reason Matt made it so weird and interesting. However, if you pay attention to how he presented Pumat the first time, and compare it to how he has been playing it ever since, you will notice some changes, which I will be talking about later in this article.

Why is it in that place?

Your NPC should have a reason to be where it is. With the word “place” I not only mean about its geographical location but also its status or rank. A vendor may not have any other reason to be where it is other than it wants to pay the bill by doing something it is relatively good at. However, a captain from the royal guard could be the king’s cousin who vowed loyalty to him. Its relationship with the crown is what made the captain achieve such a high rank.

The great firbolg and his duplicates inhabit The Invulnerable Vagrant. The establishment is used as a place to buy and enchant items of magical nature. The only reason we know for him to be there is he works for the Cerberus Assembly, who in exchange gave him some simulacrums of himself. This is a more than enough reason for Pumat to be in that place, and you should not trouble yourself thinking of great backstories if your players may not ever get to know them.

[Optional] Why is that person the one doing those things and not another one?

There normally is a reason why a specific person is in a place or position. Nevertheless, sometimes there is a cause for that specific guy to be there instead of any other one. What is it that makes it so special? What did it do to achieve its actual position?

Why is it that Luke Skywalker got in a mission to stop the Empire in the Star Wars movies and not any other person? Luke Skywalker was one of the last Jedis alive and there was no other person that could be able to stand a fight against Darth Vader. Countess Lavarrier is now in its position after blackmailing the previous count.

Due to his connection to the Cerberus Assembly, and his knowledge as an enchanter, he was the one put in that position to exchange favors with the organization. The assembly provided him with simulacrums of himself in exchange for Pumat helping them with their magical items (or at least that’s what we as viewers got to know). 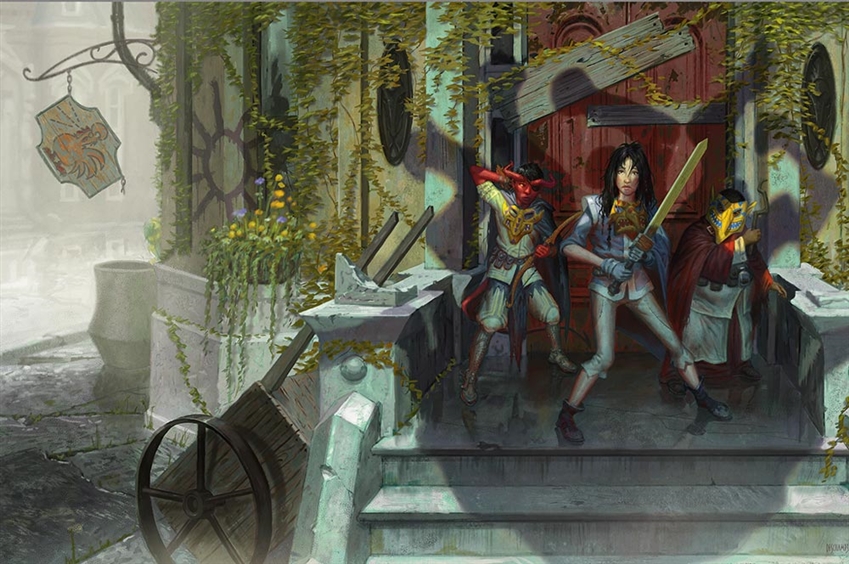 The more important the NPC becomes to your game, the more you should have it fledged out. You may not have to fully describe a carpenter your players are only going to meet once, but if they normally frequent smithies, you can make a full description of how the owner looks like, as well as its employees.

Matt Mercer is excellent at giving descriptions of his NPCs. The more practice you have at doing them the better you become at it. Pumat Sol is fully described the first time the players see him, and the fact that there are more of his person distributed in the place accounts as an extra thing for its description. Not only does the firbolg look like that, but also its duplicates.

You don’t need to be a voice actor to create a memorable NPC, nor do you need to do weird voices if you don’t feel comfortable doing so (even though I highly encourage you to try it at least). Speech mannerism is something that makes someone different from the rest and makes it feel more real. Blinking way too often, speaking very slow or fast, moving your hands way too much while talking, or babbling are some different ways to better differentiate it from other NPCs

Pumat talks in a slow manner, always trying to talk in a friendly and respectful way. He makes emphasis on some of the words he says to better reflect this way of talking as I said before. What’s more, Pumat tends to ask for things to its simulacrums by calling them “me”, as can be seen when he said phrases such as “Keep it up, me”.

I myself find very fun doing accents when talking as an NPC. You can either do this or describe the way it talks. This way, your players may start recognizing from where an NPC is from in your world by hearing how it speaks, the same way we can do so by hearing people’s accents in the real world. If you would like doing this but don’t know how a specific accent sounds like I highly recommend looking here.

Matt Mercer addressed that Pumat Sol’s accent is actually a Canadian one mixed a bit with Chicagoan. 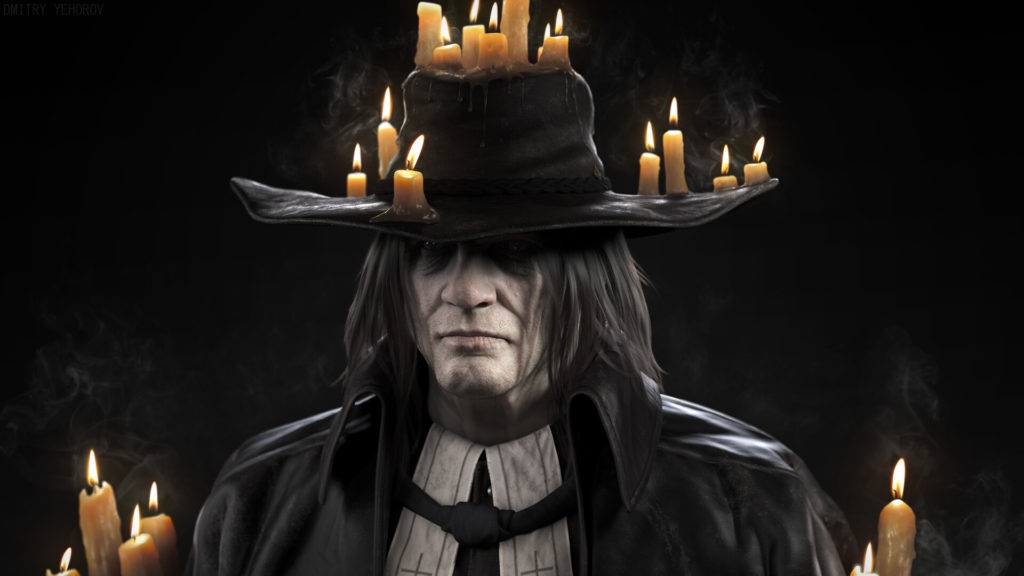 Does it have useful information for the players?

Depending on the importance this NPC is supposed to have, it may or may not know something your players can find valuable. The dwarven blacksmith could let the players know of the haunted mine where the legendary aegis is supposed to be in exchange of all the diamonds they find in there. The innkeeper could know something about the cloaked dragonborn the players were following.

Taking into account Pumat Sol is mostly a shopkeeper he does not know of much useful information for the players. However, he did talk about the Cerberus Assembly, which could become important in the future.

Be ready to create sudden changes and improvise

Let’s face it. Your players may end up visiting the herbalist every single day because they find its voice funny and want to press you to know how much you prepared for this NPC. That’s when it is convenient to turn its importance meter up to eleven and let it be of use for the party. You should also consider to better fledge out all the other aspects explained above for better results. Be ready to improvise a bit of its background if needed, maybe by stealing it from some other character from a show or movie you like.

If you take a look at how Matt Mercer portrayed Pumat Sol and compare its first appearance with all the other ones you will notice he made a few changes. The first time he appeared he made pauses very often while speaking, which started happening less often as he continued to appear. I think this was because he did not expect the players to love the NPC as much as they did, and because of that he fledged him out more. Notice that it was the second time they met the firbolg that Matt revealed Pumat’s connections with the Cerberus Assembly.

It takes some time to create an interesting and likable NPC. Don’t worry that much about it though, as with some practice it will start getting easier to do. By the time you finish one, you (hopefully) will get your players’ enthusiasm to visit it in return, or to have it as an ally.

Which was the best NPC you ever created? Is it your favorite creation? And which is your favorite NPC from a module or D&D show (please avoid spoilers)? Let me know in the comments below!

Don’t you want to create a Harry Potter-style school campaign to have all your newly created NPCs as teachers? I’ve already written about a way to have something like this in D&D make sense! Check it out by clicking here