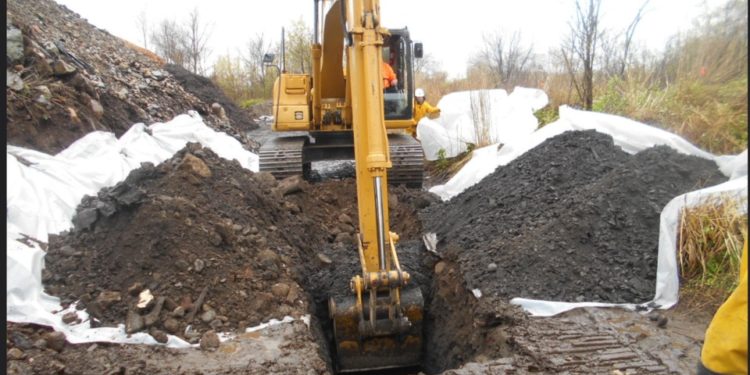 Excavation is an activity that mankind has done from ages past and will continue to do for many years in the future. In many cases, in an RPG, even if such activity is mentioned, it’s often glossed over and not found to be something interesting, but with a bit of brainstorming, a moment’s preparation, and these suggestions, it can lead the PCs to some truly unique adventures if one considers what’s in the site, what types of things are being used to excavate the site, and safety measures.

D20 things in the excavation site

How is the worksite being dug?

While in a fantasy setting, most people would shrug and go “meh,” thinking about safety is an area where you can increase the realism in your game. In times without modern technology, they didn’t have gas masks, hardhats, harnesses for lowering workers into tight places, etc. But what they did have were ideas to compensate. Mines were built such that they wouldn’t collapse, which means there was wood beam support to make sure the mine’s roof didn’t trap people. They didn’t have the technology for warning them of gas buildup, but they’d often bring a caged bird with them. If the bird died, they knew it was time to get out. Conversely, if the mine owners were rich enough, they might buy decanters of endless air (similar to the same item that produces water) so their workers wouldn’t suffocate. They might not have hardhats, but maybe the workers have the spell “stoneskin” cast on them. They might not have excavating equipment, but maybe they have a “wall of earth” spell to hold the mine walls from collapsing in on them.

The next time someone asks what’s in the hole, you now have an answer for them, and with it, the ability to expand your gaming world.

Create a backstory that is good both ...