My experience with Call of Cthulhu (Why you should try it!) 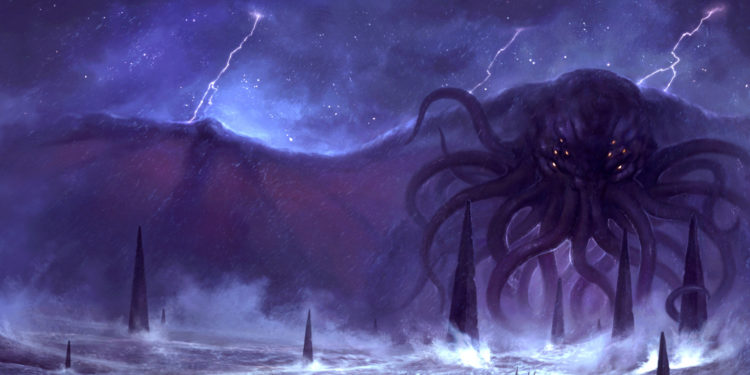 Oh, man! What a great experience I had playing Call of Cthulhu!

When 3 of my players couldn’t attend our weekly D&D 5e game I decided to try out an RPG I have heard a lot about but had never had an opportunity to try out. Being the mind flayers my favorite D&D monsters it felt like an obvious choice. The complication was that we only had time to play a one-shot as we were going to keep on playing D&D the week after, and none of us knew the rules.

So, what is this article about if I am not going to be reviewing Call of Cthulhu, nor fully explain it? I want to tell you what I did and prepared, and why you should try it out, even if neither you nor your players have even heard about it before.

Important: I know there are lots of variants (e.g. Trails of Cthulhu) and editions of the game (the one I played was the 7th). I only played Call of Cthulhu and fell in love with it due to the reasons I am about to tell, and am willing to play the other ones in the future.

A brief idea on what Call of Cthulhu actually is

Call of Cthulhu is a thriller/horror tabletop role-playing game you can play by having a few papers and d100s. One of the players takes the role of the Keeper (the equivalent to a DM from D&D), while the rest play as different “Investigators“. Note that an Investigator isn’t always a Detective, but can be whatever it wants, from a Doctor to an actual hobo.

Every Investigator has a character sheet that shows (like in many other TTRPGs) your character’s statistics, from Strength to Power and Sanity. These players may lose their character by having their hit points or Sanity reduced to 0,  the latter making your character become so crazy you lose control over it. The tasks for your character to accomplish can be surpassed by scoring less in the d100 than your score in a specific skill.

The stories to play and theme of the game are based in the books from H.P. Lovecraft. They aren’t a must-read to play this game, but do help quite a lot to teach you the ways to guide the protagonist (in this case your players) through a scenario for them to investigate; and by doing so, getting to know weird eldrich findings will twist their minds to insanity.

Reminder that this is not D&D (or similar TTRPGs)

Players play as normal humans. Normal humans are weak in comparison to eldritch beings. The average Call of Cthulhu character has about the same amount of hit points a level 1 character does in D&D, and suffer about the same amount of health lost than normal hits do in D&D. In other words, don’t engage combat unless there is no other way out (or if it makes sense for roleplaying reasons). 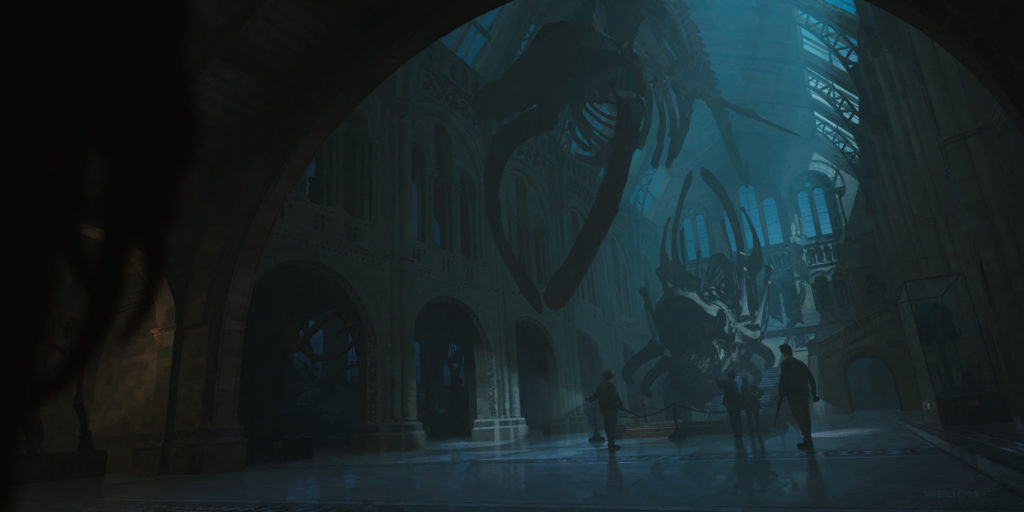 You don’t need the full rules

Same way you can play D&D 5e by only having the Starter Set (or even less) you can play this TTRPG without having the full rules (I haven’t even bought them yet, but will sometime soon). There’s actually a Quickstart Guide you can buy that offers you the right amount of rules you need to play, as well as a short adventure you can play as a one-shot to introduce new players. Moreover, if your players don’t know how to play and you find yourself in the same kind of situation I was in (needing to have an understanding of the game in one day to teach my players and play a one-shot), it is absolutely doable. The adventure in the Quickstart Guide is pretty self-explanatory and are you to find yourself lost within the ruling just wing it!

My players got a partial understanding of the game making them want to play more sometime in the future. This will probably make them want to read at least a bit of the rule system for next time. For this first playthrough just make them roll dice when you say so to accomplish skill or sanity checks and briefly explain the combat mechanics. There’s not much else needed.

I ran the adventure that came with the Quickstart Guide and had a blast with my players. They used some premade character sheets I found on the internet and went right to play, explaining the rules when I saw fit. I’m going to tell the things I liked the most about this adventure and the game, so if you are to use the scenario included in the Guide there might be very mild spoilers.

My players chose professions that aren’t that relevant. What you need to know is that one (let’s call him Mike) of them looked up to the Private Detective (let’s call him Joe) and worked as some sort of assistant. I decided to give whoever rolled highest a gun, just for fun, while having the rest depend on their fists. They were tasked to investigate some strange activities for a friend.

After a lot of investigation, that took about 2.5-3 hours, the players followed the clues to a haunted house. They absolutely dug into most clues and theorized about how the plot was going to unravel. I had a blast watching them discuss, as well as they told me they had by connecting the dots. Having handouts (that can easily be found on the internet) did help a lot to create immersion!

The players did come to some random conclusions that led nowhere. However, due to the story having enough places, it was easy for me to modify a bit what some NPC was supposed to say to make them go back in track. Reminding them of our limited time did help on one occasion too to have them stop going off the rails.

The haunted house changed the style of the game completely, the same way D&D changes when you roll initiative or go from a city to a dungeon. Having so little hit points does help a lot to care about your actions and gives a terrifying feeling. The players did knock the entrance door down, and by the time they went to one of the different rooms and came out, it was back in place. A water pipe broke while going through a passway, a knock was heard from one of the doors having just entered a room, thunders crackled in the distance… All this and more I used to have them scared to death, but nothing compared to the final scene:

The investigators went through a terrifying final battle to the death. Joe kept punching the monster left and right while the others took a step back after failing their attacks (even the guy with the gun, who in this scenario was the only one who knew how to use one properly: Mike). One of the players ran away for his life, successfully getting out of the house, not without taking some serious hits, while Mike tried doing the same. It was at that moment that the monster charmed Mike. The only other player who decided to stay with Joe did the finishing blow to the horrifying monster. Victory did not last long. Mike pulled out the gun and blew that player’s brain off (instant kill).  This meant a battle between Joe and Mike to death, with Joe crying while beating his best friend.

Mike died, one player ran and was never heard of again, the other was found with a bullet in his brain. Joe’s player finished the game by narrating how his character was found guilty of the crime and sent straight to an asylum. I think this game couldn’t have ended in any better way. I love my players. 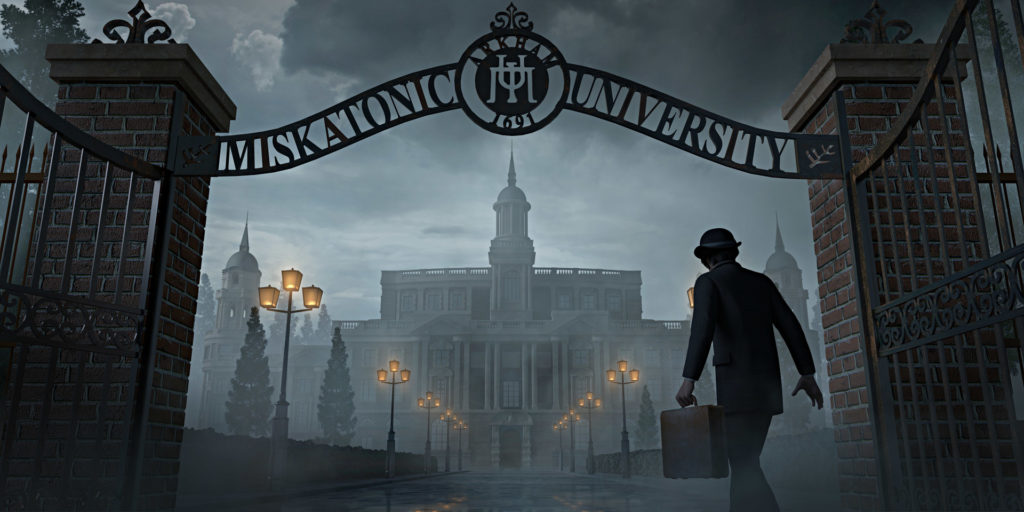 Sound effects such as thunder crackles by pressing a button in my PC did help immensely when I wanted to scare them off. Websites such as Tabletop Audio are fantastic for these sorts of things (especially its Soundpads). No horror film is scary enough without some scary or spooky music or sound effects, so make sure to add some to your game. I can’t stress this enough.

My friends and I absolutely loved our first experience in this game and I wanted to invite you to do the same. I know lots of people only stick to D&D or other similar TTRPGs without giving other ones a try. Take my word for it and do something different next time one of the players cancels for a session. Let me know how it goes!

If you have some similar experience, know of some other similar games I should try or have an awesome story part from your game to share about this TTRPG be sure to do it in the comments below! Don’t spoil a scenario as some others might be waiting to try it though.

Have you ever tried introducing kids to a roleplaying game? Here I talk about how to teach them to play D&D: click here

A World Without Light