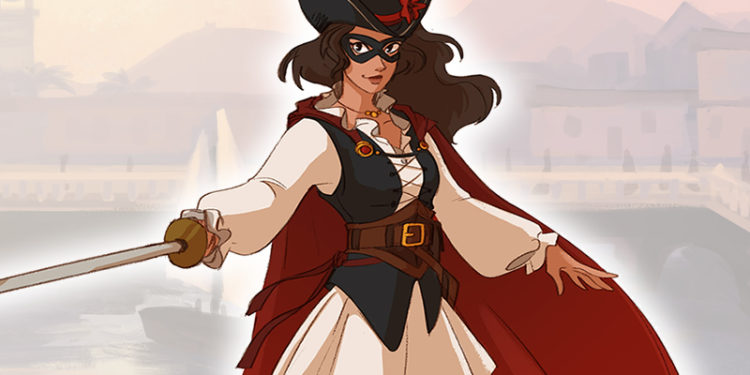 I wanted to share another experiential subclass concept I’ve been working on that encourages pulp action and swashbuckling gameplay. The following subclass let’s you play a PC who can change into a masked hero, allowing for a Zorro or comic book vigilante type character. With this subclass you get features such as secret identity, sidekick (during downtime primarily), and archenemy.

Please let us know in the comments below what you think of having a mask at your table, for you or a player. Even better… tell us what you think you would recommend to make this work better. Thanks!

A Mask battles against injustice and inequality living by a code of ethics, often outside of the law. As a Mask, you come alive when you don your secret identity as a wanted vigilante, outlaw, or rebel. While in disguise, your skill and cunning keeps you from being captured by inept guards and bumbling thugs. The rest of the time you are a well-connected noble, a famous entertainer, the captain of a ship, or any of the other roles people wear. You wear your disguise to protect your identity and those you care about from trouble. For a Mask, balancing these two roles can be a challenge, but the fight is worth it.

When you choose this archetype at 3rd level, you develop a secret identity such as a masked vigilante, hooded outlaw, dreaded pirate, or another persona. Choose a name and costume for this persona. Your costume can be of any design that includes a mask that disguises your face. Your costume has no impact on your worn equipment or Armor Class.While wearing this costume, people recognize you (or a creature that is the same size and wearing your costume) as your secret identity. You can switch between your secret identity and your normal identity in one minute and vice versa. If a creature (with an intelligence of 6 or higher) sees you switch between identities, they know both your secret and normal identities.You can create an additional costume (or replace a lost costume) over the course of one day of work (eight hours) by expending 25 gp worth of materials. You can maintain up to two costumes at a time.

Better in a Crowd

At 9th level, your work as a Mask has developed a network of allies that you can draw on for knowledge and support during downtime. Your most important ally is your Sidekick which has the stats of a sidekick (see below). You and your GM can decide the relationship and backstory for you and your Sidekick. Your Sidekick is a race and gender of your choice, but they lack any exceptionalities that provide racial traits.

Your sidekick is inexperienced and in training, so accompanying you on adventures would be too dangerous (in most cases). Your Sidekick focuses on conducting surveillance and scouting out locations ahead of time for you. If you and your sidekick team-up and spend four hours carousing within a populated area, you gain the following: 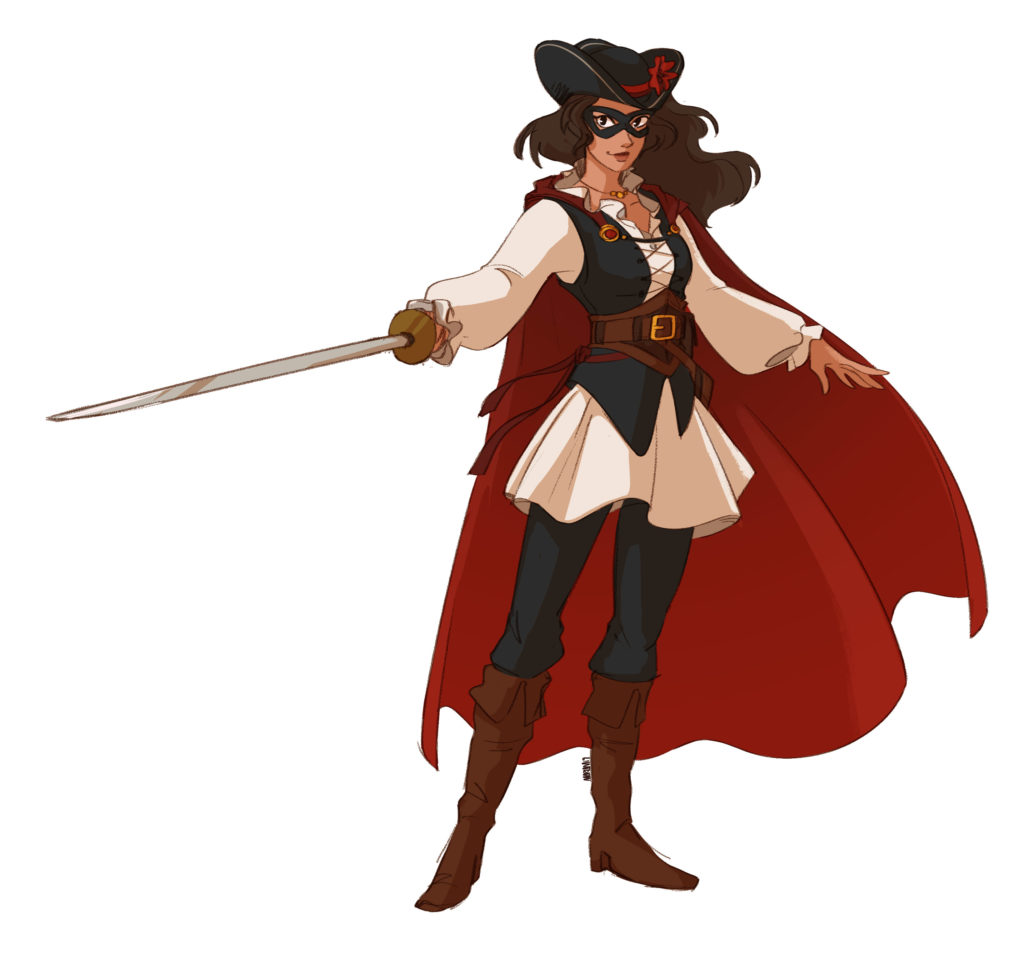 In addition, while you are in your secret identity persona, if you hit a creature with a melee attack, the target must make a Wisdom saving throw with a DC of 8 + your proficiency bonus + your Charisma modifier. On a failure, the creature is frightened of you until the end of your next turn, at which time the creature becomes immune to this feature for 24 hours.

Beginning at 17th level, you have gained the ability to determine the capabilities of your enemies using repartee and analysis. As a free action, you can designate a creature within 30 feet that can hear and understand you as your archenemy for 1 minute. When you do so, attack rolls against the target have advantage until the start of your next turn.

In addition, your weapon attacks score a critical hit on a roll of 19 or 20 while the creature is designated your Archenemy.

Also, if you hit a creature designated as your Archenemy with an attack,  you can make a Wisdom (Insight) check contested by the creature’s Charisma (Deception). If you succeed, you learn one aspect of the creature of your choice:

Once you have used this feature, you can’t use it again until you finish a short or long rest.