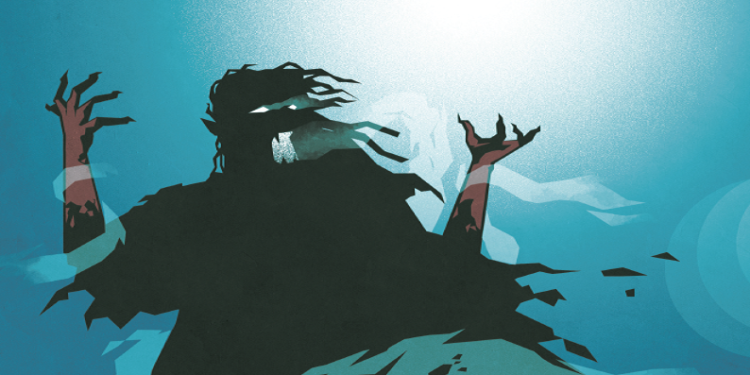 There is a world full of awesome roleplaying games out there, and the more we play, the wider range of ideas we bring to the table when we play or run games. Today we look at Heart, a new RPG from the talented designers as Rowan Rook and Decard.

Grant-Heart: The City Beneath is a game about delving into a nightmare undercity that will give you everything you’ve ever dreamed of – or kill you in the process. It’s grim and unremitting and fascinating and bloody and strange. We’re really proud of it; we’ve done our level best to take what we liked about dungeon crawls and cut out what we didn’t.

Do roleplayers need to be familiar with rules or setting of The Spire to play Heart?

Grant-Not at all, no! Heart is a completely standalone game. We use the same chassis as Spire – the Resistance system – but we’ve updated and overhauled it to make it easier to use without getting in the way of the story, so while anyone who’s familiar with Spire will recognise the core of what’s there, we hope that they’ll enjoy the changes.
We’ve also re-adapted the rules to reflect the fact that Heart is a weird frontier, not an urban metropolis, so there are different dangers and skills in play. As far as the setting goes, we’ve written it so fans of Spire will be able to see how we’ve progressed the setting and explored the City Beneath, but not so that you need to have any knowledge of our previous work to play.

Are there any actual plays or convention sessions that showcase Heart?

Grant-Yes! I recorded one with the UK Indie RPG League, and you can listen to it starting from episode 1 here: https://anchor.fm/the-league-presents/episodes/Heart-Episode-1-e4gc15

For those who are familiar with The Spire, what more does this game bring?

Grant-More weirdness! One of our favourite bits about Spire was writing up bizarre characters, locations and magic, and we’ve had the capacity to really let our hair down in Heart. Because it’s a nightmare labyrinth that doesn’t strictly exist in the same plane of reality as everything around it, we can let our imaginations run wild and still have it fit together as a cohesive hole. We’ve got feudal pig ghosts, demon-summoning magpies, knights wearing armour made out of old trains, rangers who break into hell to take a shortcut, predatory pubs, friendly cannibals… there’s a lot to get involved with.

What will players of more traditional games like Shadowrun or Dungeons and Dragons enjoy when playing Heart?

Grant-I think they’ll enjoy the freedom to make stuff up – Heart uses quite abstract rules, so they can get as evocative as they want when they’re describing stuff and not worry about optimal ranges, attacks of opportunity, grappling rules, and that sort of thing.
We’ve built it so that the players get a big say in how the setting is constructed, and given them powers that let them control the pacing and the flow of the game much in the same way as a gamesmaster would. It’s quick, too; you can get a lot done in a single session, because we skip over the boring bits.

This game may be darker tone than Honey Heist or Goat Crashers, is it possible to play a more whimsical version?

Grant-For sure. I think that every game of Heart will be more whimsical than the world described in the book, because it’s filtered through the lens of a gaming group and we tend to get a bit daft when we’re all gathered around the table. There’s nothing wrong with that, either – it Heart was grim all the time it wouldn’t be any fun, and there’s something inherently funny about the levels of hideousness that’re down there (and somehow people are still choosing to live in it!).
There’s no strict canonical version of Heart – indeed, every single GM will build theirs differently – so whatever tone or play style you end up with is fine by me so long as you’re having fun.

For more games by Rowan Rook and Decard –