Creating a magic system for your game P1 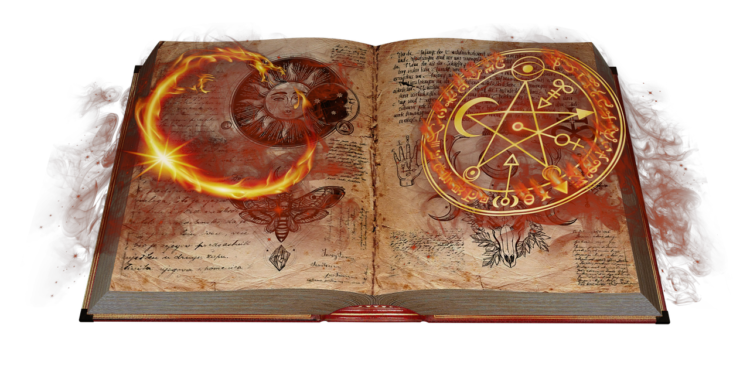 A roleplaying magic system can be a pretty cut and dry thing: a spell list, damage, area of effect and so on, but if done correctly it can do so much more. Properly done, a magic system can be used to deepen the setting’s theme and background, informing the players and DM about the world, the peoples, and cultures.

All “magic” systems rely on manipulating reality through the use of magic power, special effects, technology+, innate abilities, or mutations to create an effect. These effects can be as diverse as healing, damaging others, controlling the elements, buffing, disguise, summoning, animating, controlling the dead, and so on. The generation of these effects typically takes time to produce and generally drain the character’s health, energy, memory, spiritual power, etc. Such systems are often limited in how much can be accessed at any given time, subject to failure or interruption, through various methods and mechanics. These articles examine each of the abovementioned aspects at a high level.

The magic power itself requires some form of strength. Some representations for this are:

Reality has specific guidelines that it goes by gravity, magnetism, properties of objects, fire catches and burns flammable objects or melts materials like metal if hot enough, etc. Magic, if successful seeks to, at least temporarily (and in some cases permanently) bend or break these rules. How reality breaks and for how long depends on the spell that is cast, its duration, area of effect, etc. Magic’s formation, reality’s warping, and the “methods of magic” should be described in the magic system so the player can use their imagination when casting a spell.

In some systems, “reality” is an unwritten contract with everyone and everything. Using magic around those who don’t know that reality is alterable causes adverse side effects for the caster. One such game setting where this happens is in the “World of darkness.” On the other hand, sometimes magical ceremonies, spells, etc. can be cleverly disguised as everyday interactions that no one would ever be able to perceive as magic. Other realities feature magic as such an integral part of the world’s fabric; seemingly impossible things happen all around people without anyone giving a second thought to what’s going on.

In cases where magic is rare or warps reality and backlashes on casters, DMs need to figure out a balance which allows them to still use their powers, limits the type and duration of the backlash, or build in guidelines about what kind of things are allowed to prevent characters from getting knocked out or killed from casting simple spells.

Casters generate magic in a variety of ways. These ways may include the following

As you can see, there are a variety of ways to build a magic system for your game. Figuring out where your characters get their magic strength, how they’re breaking reality – and for how long, and how they’re generating the effect will help build your magic system.

My experience with Dread (Why you should ...