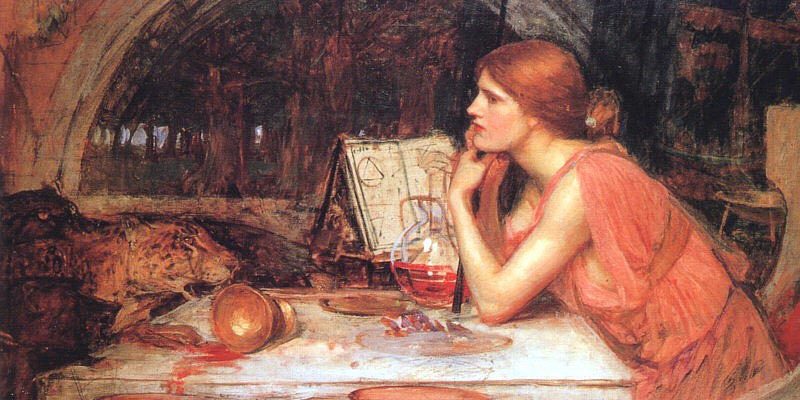 This week I’m taking a break from the History of the Classes to bring you six new horror-themed spells for Halloween, and the design thoughts behind each one.

Casting Time: 2 actions
Range: 60 feet
Components: V, S, M (a mirror painted over with black lacquer)
Duration: Concentration, up to 1 hour
Over two rounds of spellcasting, roaring winds and shadow spread forth from you to the extent of the spell’s range. The light of the area is reduced to dim light (if it was already darker, there is no change), though you automatically see through this dim light. Creatures that start their turns within the spell’s area cannot leave it except by teleportation; there is no similar barrier to move in the other direction. All ranged weapon attacks against you or those you designate suffer disadvantage. Each round on your turn you may:

If you lose concentration on this spell, you may spend your next action to roll a new Constitution saving throw against the same DC, with disadvantage; if this succeeds, you re-establish control over the spell, and it continues as if you had not lost concentration.

With a word and a gesture, you scour the soul of your enemy, for the gods have given you the power to punish as well as redeem. Your target makes a Wisdom saving throw; if it has protection from evil and good active, it makes this saving throw with advantage (as this spell invokes celestials). If it fails this saving throw, it suffers 1d6 psychic damage and has a -1d4 penalty to its next attack roll, ability check, or saving throw before the end of its next turn. If it succeeds, the spell has no effect.

Howl of the Hunt

Casting Time: 1 action
Range: 30 feet
Components: V
Duration: 1 round
You give voice to the unearthly howl of the Wild Hunt, and enemies flee before you. All enemies in a 30-foot cone must roll a Charisma saving throw. On a failure, they must end their next turn farther from you than they began it, or suffer 4d6 psychic damage. On a success, they may not end their next turn closer to you than they began it, or they suffer 2d6 psychic damage. A fey creature that succeeds this saving throw takes no effect.

At Higher Levels. When you cast the spell using a slot of 3rd level or higher, the damage on a failed saving throw increases by 1d6 for every slot level above 2nd.

You create a robe of bones that covers your body and shields you from harm, granting you an AC of 14 (ability modifiers do not apply). As a bonus action any time during the spell’s duration, you can command the bones from any adjacent dead body to flow out of that body and become part of your robe. (This has no effect if attempted on a dead body that has no bones, or that has already been harvested in this way.) This increases the AC that the robe grants by 1, up to a maximum of 18. Further, you gain resistance against the next source of damage that deals bludgeoning, piercing, slashing, or necrotic damage each time you draw bones into the robe. You may continue to draw bones into the robe even when you cannot increase the robe’s AC further. While you wear a robe of bones, you gain advantage on Charisma (Intimidate) checks.

You take control of the shadows cast by an enemy. This shadow puppet is very dangerous to that foe, but much less so for that target’s allies. It occupies a space adjacent to the target’s space, and may occupy the same space as another creature. It automatically follows the target when it moves, even if the target moves more than 60 feet away from you, and never provokes opportunity attacks. Each round on your initiative count, including the round in which you cast this spell, you can spend a bonus action to command the shadow puppet to attack an adjacent creature. That creature rolls a Dexterity saving throw. On a failure, it takes 3d10 piercing damage, or half damage on a success; creatures other than the spell’s initial target gain advantage on this saving throw. Any creature that rolls three successful saving throws against a shadow puppet’s attacks is immune to further damage from that shadow puppet. The shadow puppet has 33 hit points, 10 AC, and +0 to all saving throws. Whenever it takes damage, the spell’s initial target takes an equal amount of damage that cannot be resisted or reduced.

At Higher Levels. When you cast this spell using a spell slot of 2nd level or higher, the initial damage increases by 1d12 for every slot level above 1st.

Dark Vortex: The inspiration for this effect is actually League of Legends, which I played relatively heavily (but very poorly) a few years ago. At the time, the powers that most often gave me trouble were those that either forced me to run out of an area, or punished me if I ran across a boundary. Dark vortex, then, cuts off escape and lets you push people around (possibly including rearranging allies) and deal damage. It’s deliberately difficult (2 actions) to get up and running, and costly at 6th level. That’s why I included a chance to re-establish concentration without completely losing the spell. My hope is that putting two characters in competition to see which of them takes 5d10 necrotic damage increases the sense of horror.

Looking at the DMG’s guidelines for spell damage by level when creating new spells, a 6th-level spell should do 10d10 damage to a single target, or 11d6 to multiple targets. I took the view that you’d probably get enough chances to deal damage, and whenever you use that option someone is taking damage, that even with the lost round of actions to the two-round casting time, it works out to be quite good. Disadvantage on ranged weapon attacks against you is intended as another way to support the caster’s chance to deal damage – you’ve got to get to the caster in melee, because the winds make it hard for arrows to land.

The expansion of an already-huge radius isn’t really for players. It’s really so that the spell can be a horrible thing that the bad guys are doing and the good guys have to interrupt. To really sell this as the centerpiece of an adventure, give the spellcaster an additional set of abilities that make it lose Concentration only under certain puzzle-resolved circumstances.

Harrow: This one is less openly terrifying, unless you find the celestial judgment to be a source of dread. Really, it’s here because clerics need more attack cantrips, and this one has been very popular with my players since I introduced it. It’s basically some damage plus a micro-bane. Most of 5e would say to hand out disadvantage rather than -1d4 to the next d20 roll, but I wanted to communicate a bane-like curse, and I think this helps to push that across, while also distinguishing it from vicious mockery.

Howl of the Hunt: The Wild Hunt should be terrifying, right? This is about getting at a fear-like effect through threat of punishment rather than through the frightened condition… since many monsters and PCs are immune to the frightened condition. The spell’s damage output is totally avoidable, even on a failed saving throw… if you’re free to move. Or this could force a lot of judgments between opportunity attacks and guaranteed damage. The tough part of this spell’s design for me was figuring out what should happen on a successful saving throw. I decided that it lets the target hold his ground, but get no closer to the caster. As a result, the At Higher Levels damage doesn’t scale for those who pass their save – I couldn’t make it grammatically cogent.

Robe of Bones: I love effects that get stronger either when you kill someone, or when you do something repulsive to the rapidly-cooling corpse. In this case, skeletal deliquescence. The ugly part about this is the series of +1’s to AC – 5e really doesn’t like that. On the other hand, maybe it’s okay in the sense that it’s more like shifting from ring mail to chain mail to splint to plate. In this regard, it’s a really expensive mage armor for people who nuked Dex… which is why I also added the resistance-against-next-damage effect. In this way it’s also a poor man’s stoneskin and a touch of the scary. I’m not sure – it is probably still over-costed at 3rd.

Shadow Puppet: This was, hands down, the most difficult spell to write in a way that made sense, and you might still be better off with phantasmal killer at the same level. I liked the image of your shadow stabbing you to death, and I messed around with conjuring it as a creature with fully independent stats, but that was too much complication for the throughput. The shadow puppet’s damage output is based on the same “you get more than one shot at this” logic of dark vortex, but now that I’m inspecting call lightning, I think that might be a mistake (call lightning is 3rd level and does 3d10 as a 5′ radius AoE)… at the same time, this is only eating a bonus action, so you’re presumably doing something else with your time also. Also, you’re very nearly guaranteed 33 damage… since after all you could fireball the target-and-puppet to kill it yourself.

Spectral Leech: This is, straight out, witch bolt with less suck. Specifically, because there’s a saving throw rather than a spell attack roll, something happens when the saving throw succeeds. Also, it weakens the enemy and sets up one of your allies to devastate the target with a spell that forces a Con save… but unless you can target a Con save with a bonus action, or take a second action because you splashed Fighter for Action Surge (you dirty, dirty powergamer), you’re not taking advantage of it yourself. Also, the target can’t end the spell by moving away from you.