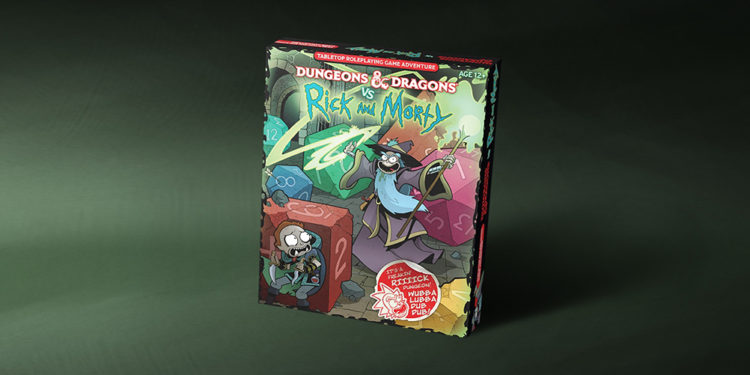 The box provides everything needed for a DM and players to dive into a Rick & Morty themed dungeon crawl adventure that is heavy on humor typical of what you’d see on the show and in the D&D crossover comic. If you liked the comic series (like me), you’ll be happy to know that the D&D team had help writing the adventure from Jim Zub (co-author of the comic series). You’ll also find new art by Troy Little, the comic’s illustrator, throughout the box set materials. 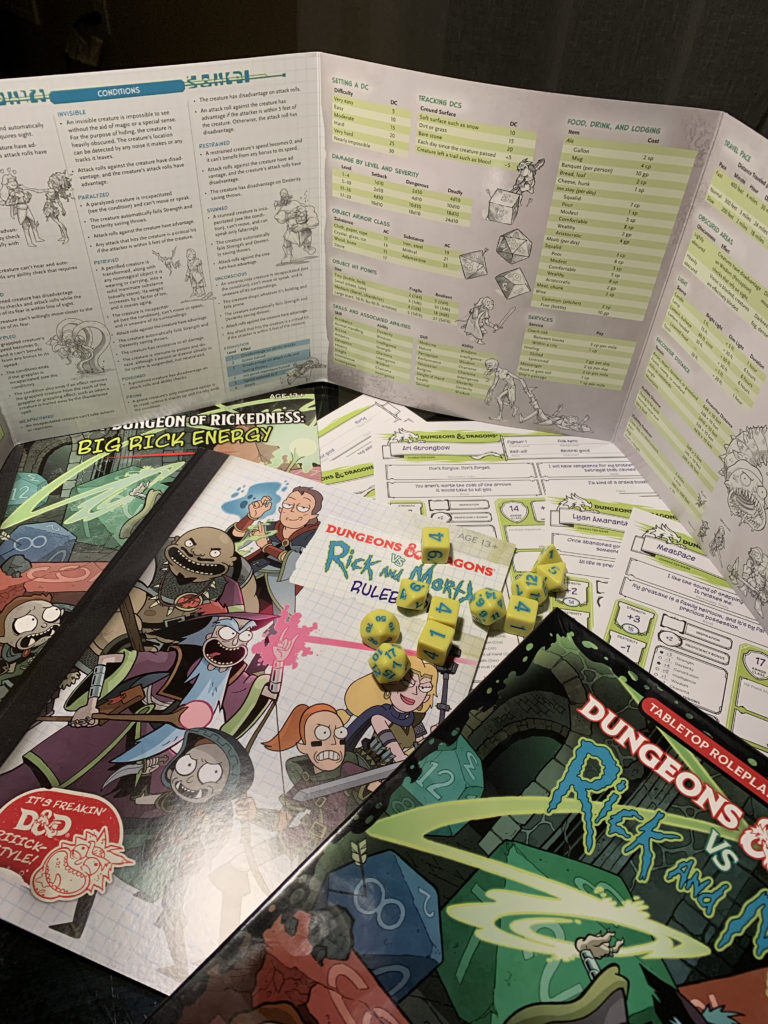 Rick and Morty is an animated science fiction sitcom for adults created by Justin Roiland and Dan Harmon for Cartoon Network’s late-night programming block Adult Swim. The series follows the misadventures of Rick Sanchez, a cynical mad scientist, and his grandson Morty Smith, a good-hearted, awkward, and fretful teen. The duo split their time between domestic life and interdimensional adventures. The show does little to hide its inspiration from Back to the Future and its main characters Marty McFly and Doc Brown.

What’s in the Box?

The rulebook takes the basic D&D rules and lets Rick annotate them with helpful and hilarious sidebars. It looks like a cross between the Player’s Handbook and the doodles of a very sarcastic DM. It’s great to see D&D continuing to allow Rick to poke fun at it, like really poke. Ouch! Oh right, the rulebook also has equipment, spells, conditions, and any other rules you need to run a starter adventure.

The adventure is a basic dungeon crawl written by Rick. It is full of farts, butts, goblins, and … did I mention butts? Well, there are lots of them. I will say I had some legit belly laugh moments as I read the adventure’s box text. It’s an adventure that is geared towards fans of the show or a group that wants to go on an insane and hilarious crawl through a comical dungeon. If you are looking for material to add to your own campaign, you’ll find lots of ideas here to run a zany dungeon or even just a bizarre room or two to throw at your players.

Should I Buy This?

Morty: “Ah jeez! You know what? I really don’t know if you should buy this. It’s your money and it’s a big decision. What do you want from me? All I know is that D&D would be pretty fun if Rick wasn’t the DM.”

Rick: “Shut up Morty … Listen up! Buy this adventure. I’m a legendary D&D writer and I wrote this adventure… so it’s great, maybe even perfect. Need more convincing? Ok… if you don’t buy this adventure something really bad will happen, I don’t know what. Bad, like the planet imploding type stuff bad.”

These aren’t direct quotes from the adventure, but this type of commentary and banter can be found throughout. I had a chance to read through my review copy of this box over the last week. Overall, I like the set and it was a fun read. The dice and DM screen are good, and the booklets are similar to what is found in the Essential Kit. I think it would be a ton of fun to run for players looking for a silly dungeon, especially as a break from a serious campaign. If you are a fan of the show or comic and want to run a Rick & Morty mini-campaign, then this box set is worth the price. If you are unfamiliar with Rick & Morty or looking for something more serious, stay away from this set and pick up the D&D Essentials Kit, which is a better overall value.

Dungeons & Dragons vs Rick and Morty: Tabletop Roleplaying Game Adventure Boxed Set is available on November 19. Please note, this boxed set will be available in North America only. 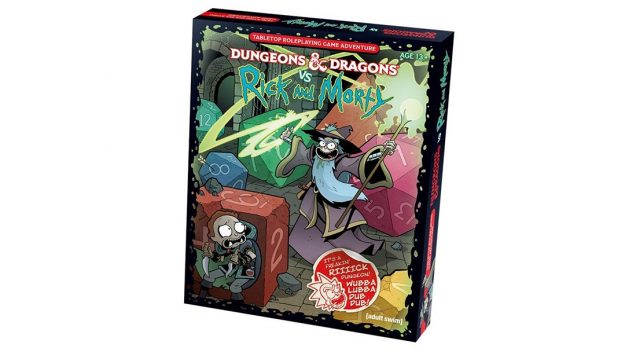 (Photo Credit: Wizards of the Coast)

From the product page…

The world’s greatest roleplaying game meets television’s most dysfunctional family! What could possibly go wrong? Coming this fall, D&D has partnered with Adult Swim to bring this boxed set blending the world of Dungeons & Dragons with the mad narcissistic genius of Rick Sanchez’s power-gaming sensibilities, and it includes everything a Dungeon Master needs to channel their inner mad scientist and run a rickrolling adventure for up to 5 players, levels 1 to 3.

• A great companion to the comic book series, and a perfect gift for the Rick and Morty/D&D fan in your life.

Create tense/horror scenes in your game