A Guide to Roleplaying Humans 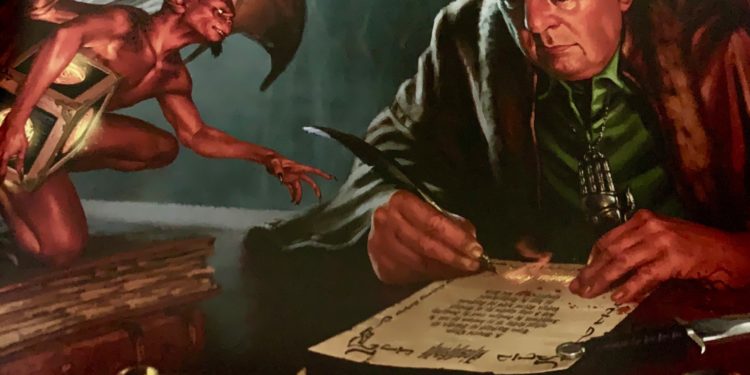 Humans are defined by their ambition more than other races in Dungeons & Dragons 5e. Humans are one of the shortest-lived races compared to the other common races. Where an elf or dwarf might see it their life’s work to establish a city, or to civilize a wild country, humans rely on creating organizations, legends, and culture to do so. This creates interesting story hooks to develop your human’s connection to the world.

For more guides to roleplay your favorite race, check them out here: elf, half-elf, half-orc, lizardfolk. A new guide published each week.

The Player’s Handbook gives the following major traits to humans in Dungeons and Dragons.

Playing a human gives you a wide pallet to paint with. Your character’s motivation and backstory can be as wild or as mundane as you desire. What defines your human is their “why”. Understand that and you can use that as the foundation on which to build and grow your character through play.

Variety is the Spice of Life

Embrace the vast variety that is humanity! Create a character whose origins are very different from your own, or with an outlook that you’ve always wanted to explore, or a profession that you’ve always had an interest in. This can be a fertile place for the development of your character’s backstory.

The culture in which the human is raised is a defining part of their outlook on the world. This is a great place to world build. Work with your DM to see what human cultures in-game match what your character idea is for your human. Here’s a quick way to develop a human culture:

One thing to note when creating a unique culture for your human character is to try to avoid directly copying a real-world culture. While you can certainly take inspiration from real-world cultures, lifting pieces wholesale from a real culture is disrespectful and problematic. A good general rule when it comes to taking from real cultures is: If you have to ask, you probably shouldn’t.

The world of Dungeons and Dragons is a pastiche of tropes and settings from popular fantasy. Allow this mix to inspire you to create something unique for your human.

Essential parts of playing a Human

Humans are very diverse and can fit into any sort of character archetype you are looking to play. From dread necromancers to noble warriors, to code-abiding thieves, humans can easily be any one of these.

Playing a human also gives you the player an advantage of, well, being a human yourself. Use your emotional compass to sense how your character would react. While it is fun to essentially make yourself in a high fantasy setting, try out a different gender, or age and see what unique role-play experiences come from that.

The traits for humans listed in Player’s Handbook also present a lot of threads that can be woven into an interesting character.

The increase to your ability scores can be an indicator of a well-rounded education, or a life full of odd-jobs. The variant human rules could show a certain amount of specialization, especially with the extra skill gain.

The extra feat offered by the variant is a great place to start to fill out your character. Incorporate into your backstory how you came to be skilled in the feat. Let the feat inform your character’s backstory to add another layer of depth to them.

For example, if you took the magic initiate feat, why did you stop your training?

You can also take advantage of what the extra language could mean. If your human speaks Dwarvish, how did they come about learning that language? Were they raised in a town that traded with a nearby dwarven stronghold? Maybe they were adopted by dwarves and raised as one. Or, perhaps they learned how to woo a dwarf?

Here are some questions to help you create a great backstory for your human character: