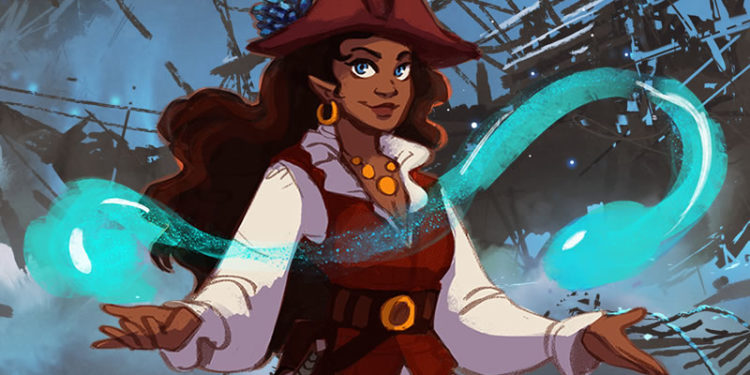 Are half-elves not your thing? Check out these articles on how to roleplay elves or half-orcs.

Half-elves are one of the most popular races people choose, after humans and elves, according to this survey. That’s not too surprising as they seem to combine the best qualities of both. Whereas a half-orc has to often deal with the negative perception of their orcish blood, half-elves often don’t carry that same stigma. However, there are great opportunities for roleplay here.

Sometimes, half-elves are treated as watered-down elves as if they’re for people who don’t want to commit to the fae quality of elves and don’t want to be a boring human. But, half-elves offer a very distinct perspective to play from.

How to Craft Your Unique Half-Elf Background

The very first line in the Player’s Handbook description is “Walking in two worlds but truly belonging to neither.” Despite having the curiosity, passion, and ambition of humans and the refined tastes and culture of the elves, half-elves don’t belong anywhere. Too human to be a real elf, and too elvish to be a real human. Where a half-orc learns to intimidate to get by, a half-elf learns to charm.

Half-elves make fantastic adventures because they come with an innate need to find their place in the world. When you can’t belong to the timeless world of the elves, and when humans dismiss you as being too elvish, why not find your own family in your adventuring group? Or, your half-elf may find purpose as a diplomat or even as a swindler, using their high charisma to convince and cajole their way into power.

The Player’s Handbook also offers the potential for you to be from a half-elf community, or to have lived with one. Perhaps there is an enclave in a town that is between an elvish principality and a human merchant republic? It could be that your half-elf is descended from a noble family that helps maintain relations between the elves and the humans, and in turn earning a huge profit from trading.

For your half-elf, it is good to consider the circumstances of your birth. Was it a one-night stand that resulted in your birth? Or was it a marriage? How will you feel knowing that your human parent will wither away while your elven parent will seem to not age at all? Do you know who both your parents are? Are you adopted? Do you even care about your birth parents? Answering these questions can help illuminate some of the most intimate details of your character’s history.

Half-elves make excellent face characters, that is to say, characters that serve as the “face” of the party and do most of the interaction with non-player characters. A bonus to charisma and the extra skills gives you a versatility to help round out a class that lacks lots of skills or boosts a class that has many. A half-elven fighter might be a warrior poet, both skilled with weapons and with words. A half-elven rogue could be a slick talker who knows how to do almost anything.

The chaotic bent in elves can be a great source of inner conflict. What if your half-elf paladin chafes under the restrictions and rules of the order they trained under? Would that drive them to a life of adventure, or do they try to repress that through rigorous daily training?

Maybe your half-elf embraces their inner love for freedom, and fights actively against oppressors, or has trouble keeping commitments. What would a long life of broken promises result in? What commitments did you break but wish you had kept?

You can also think about how your character acquired their skills, for example if they were a farmer who suddenly discovered their sorcerous powers, how did they learn the arcana skill? Perhaps a hedgewitch taught them, or their elvish parent did.

You can also develop reasons why you can speak Common, Elvish and the third language. Did you pick them up in your travels? Or perhaps learn them on the streets of the largest trade hub in the kingdom.

If you choose to go with the Half-Elf variants from The Sword Coast Adventurer’s Guide, consider the circumstances that caused your human parent and your elf parent to meet. What caused a drow and human to have a child is a very distinct circumstance compared to a wood-elf and a human. What connection do you have to your elven parent’s culture? Are you even aware of the exact variant of elf you’re descended from?

A sidebar in the Player’s Handbook mentions that half-elves learn to be good ambassadors and diffuse situations at a young age, but elves and humans don’t trust them because they suspect them of favoring the other side. That could be a great character hook.

Questions to Help Fill Out Your Backstory:

Check out these articles on how to roleplay elves or half-orcs.