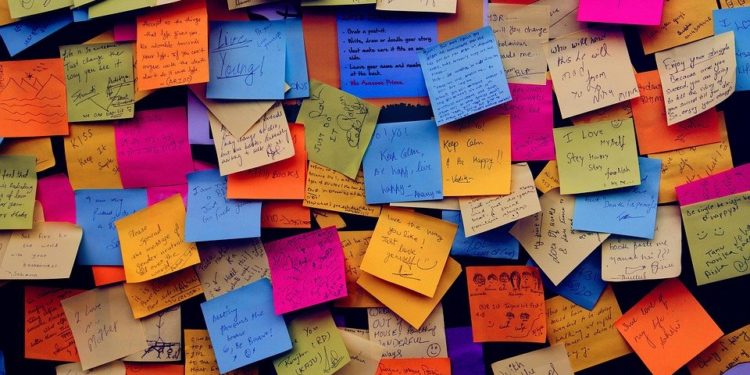 You prepared an entire dungeon full of enemies for your players to traverse. They managed to kill all the kobolds except from one, who they plan to interrogate. First question: “What’s your name?”. Now Random Kobold #12 needs a quick name. You didn’t prepare for this and are made to invent one on the spot. You can do this, but there are ways to avoid these anxiety-inducing situations where your players catch you unprepared.

I consider myself someone who uses improvisation quite a lot during my games. This doesn’t mean I don’t prepare for my games. To the contrary! I prepare, except I do in a different, simpler way. If you are a beginning GM you may find most of these tips extremely valuable. If you aren’t, you will hopefully come out of this article at least knowing one extra tool for your improvisation toolbox.

If you are a veteran GM you surely did see this one coming from a mile away. Names cheatsheets are extremely valuable during the game. Players most often than not like to test the DM by asking every single NPC their name. You can always tell them the innkeeper’s name is not relevant to the story, but you will be killing part of the immersion by doing that. What’s even worse, you may not even have a personality or things she might know.

That’s where the cheatsheet comes in handy. You need to use the Xanathar’s Guide to Everything‘s last section of the book or name generator webpages such as FantasyNamesGenerator to get some names you like. Differentiate them into the most common races and write them down in a page. You can even add some interesting new names that come to your mind if you like. Once you have a number of names you feel comfortable with, you have your cheatsheet you can consult it at any time during the game. Just make sure to cross out the ones you already used, and note them down somewhere else.

This doesn’t create any personality though. How am I going to improvise with a single sheet of paper? What if I need to name a dragon on the spot? If you know some weird creature may come into place the following session, make sure to have some new names written down for those monsters you will be using. If not, there are some good techniques you can use. Let’s say you need to name an ogre. People usually associate ogres with having monosyllable names with as many consonants as possible. Dwarf names usually have many consonants. Grab the first syllable from some dwarf name and call it a day! It all comes down to that way of thinking. If it’s a dragon, mix up an elven name with a dwarven one, maybe exchanging syllables, and add some apostrophe in the middle just for the hell of it. 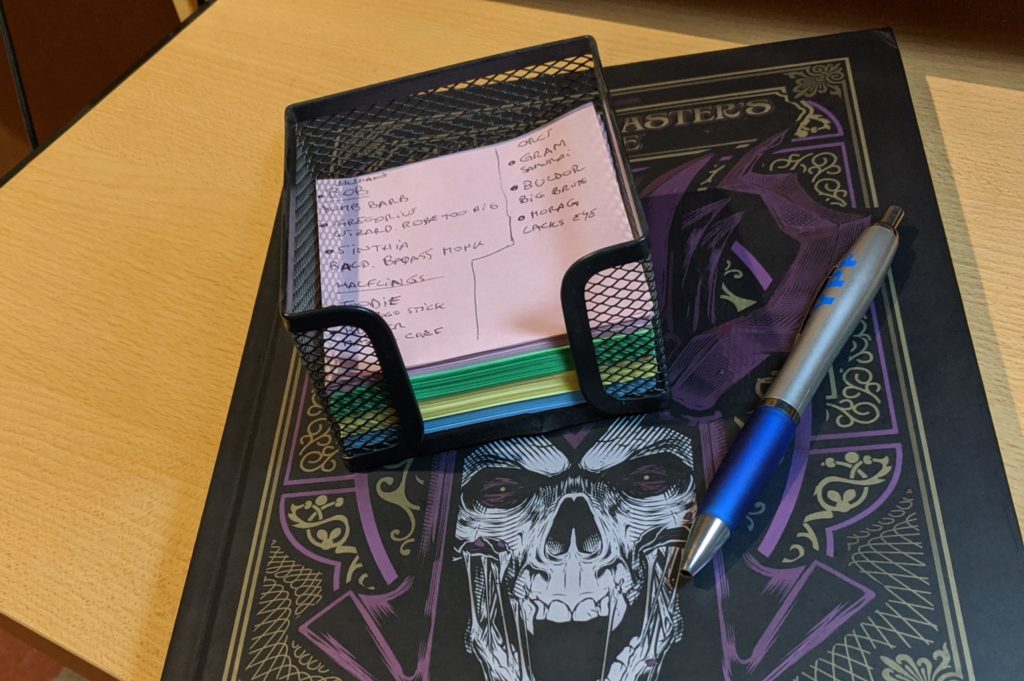 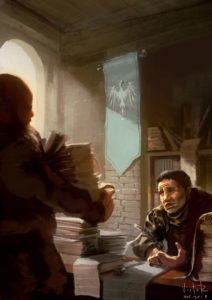 You now have a cheatsheet to use when in need to improvise an NPC. Let’s give it some personality now. If you have some spare time before a session, create some NPCs templates you can throw at any NPC by checking out one of my previous guides. Having already defined NPCs you can throw in a tavern if necessary can also be of use (again, consult the article if you need to).

Now, let’s say you didn’t’ have enough time and you need some personality for a random NPC. Think about the name you associated it with, as well as the race. How would you imagine a character with that race and name behaving? At most times, you might encounter a name that doesn’t really create any specific idea in your head. However, you may create a human named Shepard. If you played Mass Effect, you may imagine that NPC as the video game protagonist. Having that mental image, you can easily roleplay and describe the NPC. Another great tip is to think of a character, actor or friend you know that has the same or a similar name. That way you can roleplay that person making some changes on the fly, such as making it speak extremely fast.

If you are like me and only want to do that in extreme situations, you might like to prepare some NPCs. However, fully fledging out their traits can take more time than we have or are willing to spend. If that’s the case, write as little as possible next to the cheatsheet’s name. You want to have the cheatsheet be small so it forces you to think of ways to describe NPCs with as little words as possible. “Braided hair, speaks like my aunt Mia, hates dwarfs” is more than enough to improvise a description and properly roleplay this NPC. Single words such as “Arrogant” work perfectly as well.

What if your players try to hear conversations by placing their ears on a door? Bandits will not be staying there in the next room until they suddenly come alive when the players open the door. People (and many monsters too) speak with each other, provide useful information, and can be used to foreshadow some future event. Especially when preparing parties or important events where lots of people are in one same place, we need to prepare some conversation topics. How many? That depends on the size of the place the players are getting into, how many people are present and how talkative they are.

Write down a bunch of different topics. 5 usually is the ideal number. Make sure some of them have useful information, while some others are just about fashion, some gossip or describing how bad they did at their last card game. Take into account that it is very probable the players will want to pursue one or more of these threads you leave for them. Some may not lead anywhere at all, or you can find a way to improvise how to tie that a taverner kicked out a person last night for being too drunk, with that drunk being the nobleman that lost its child and wants to ask the player characters to find out where it is (which is, in fact, the main plotline). A single sentence can be enough for you to improvise the rest. Just make sure these conversations happen between different people. Don’t spend them all in one same NPC. Some examples are: 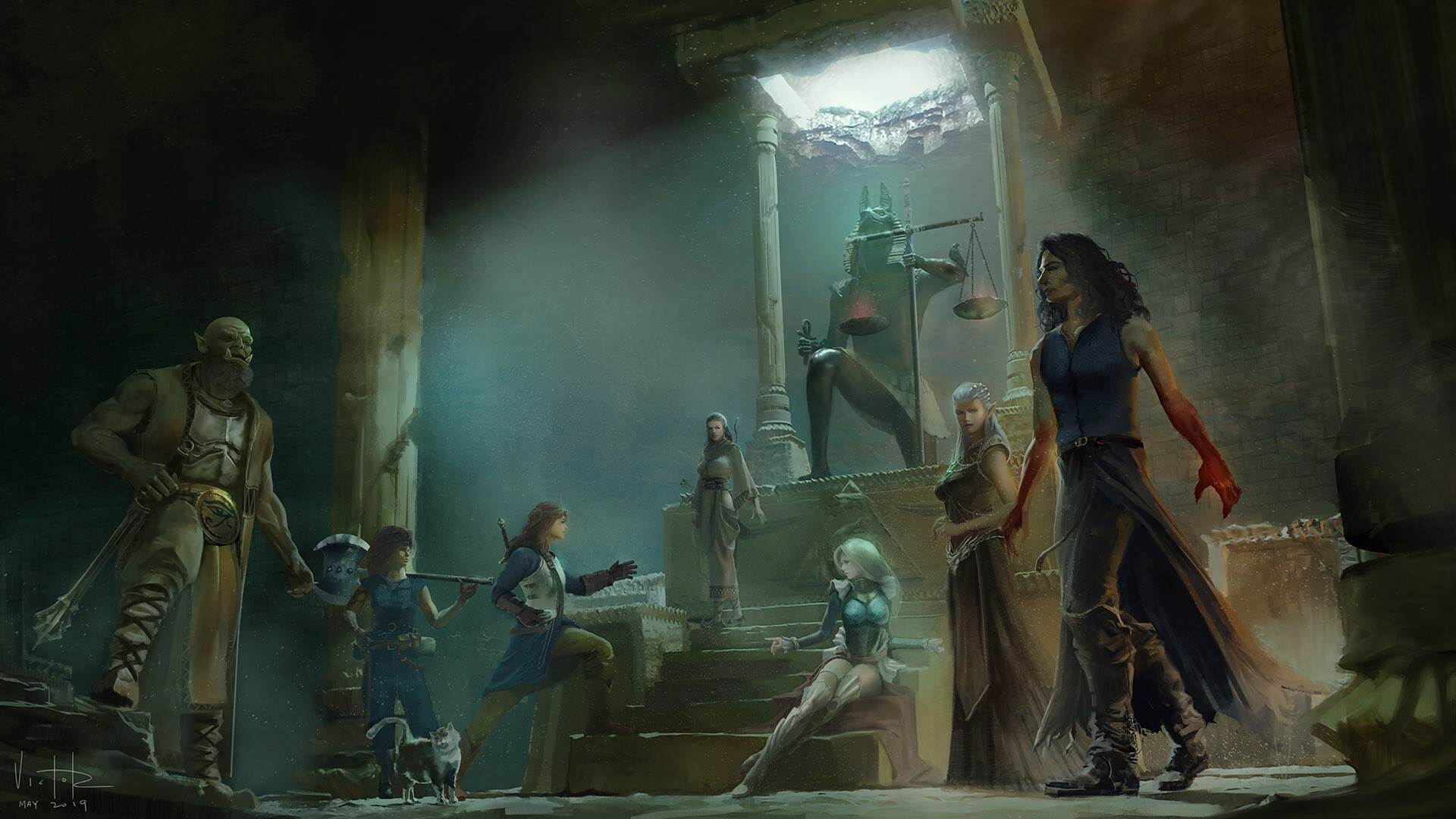 These are just some of the many improvisational tools I have in my DM’s toolbox. I can think of some others but they will surely do better on a part 2. Hopefully, if you like this kind of articles enough I will continue the series. I may end up continuing it nevertheless. Get hold of some of these new techniques and make prepping a much simpler process by relying on your improvisational skills.

Do you have some trick or technique you use to help you prep by making use of your improvisational skills? Have you tried one of these before successfully? Write them down below and let’s compare notes!

The NPCs you just improvised are bandits trying to get a door open by solving a puzzle. Want some inspiration from my sea-themed puzzles?

A Guide to Roleplaying Humans