Tonight, at the Pit, Everyone. Gets… A New. Subclass. In the second part of the deviously-named “Subclasses” series of UA drops, we get a bardic college, a cleric domain, and a sorcerous origin. For those of you keeping score at home, seven of the thirteen classes have gotten a new subclass in this run, to say nothing of the many, many subclasses of the past few months. Personally I’m hoping to see what’s new in feat design soon.

(2/4/2020, 6 pm EST): @JeremyECrawford: The official version of the Unearthed Arcana article “Subclasses, Part 2” is still ahead of us, later this week or sometime next week.

I’ll update this with any further developments.

There was Eru, the One, who in Arda is called Ilúvatar; and he made first the Ainur, the Holy Ones, that were the offspring of his thought, and they were with him before aught else was made. And he spoke to them, propounding to them themes of music; and they sang before him, and he was glad. But for a long while they sang only each alone, or but few together, while the rest hearkened…

–“Ainulindalë,” The Silmarillion, by J.R.R. Tolkien

If you’ve been reading my column for any length of time, this quote should be no surprise. Here we have a bard that expounds the Song of Creation. As a result, it’s also blurring the lines between bard and cleric, in the vein of 4e’s invoker class – and I am so here for that. The flavor text also leans way into planar themes. What it does in the mechanics is another matter – let’s check that out. 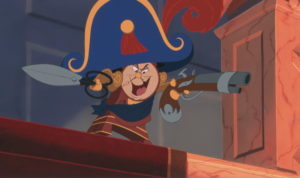 But seriously, the story that the mechanics tell isn’t necessarily what I would have expected (though what I would have done with this is idiosyncratic in the extreme), but it does hook into the narrative of the subclass. I expect the gameplay will be a lot of fun, but the use-it-or-lose-it aspect of the Notes is going to generate frustration in use. (Also, getting only three features from your subclass continues to make all bardic subclasses off-putting to me.)

–“Book of Love,” by the Monotones

Friends, I am agapē to be reminded how many gods of love there are traditionally, compared to how rare a domain for that portfolio is in D&D. Let me tell you, this one arrives none too Sune. (Setting jokes down for a moment: I know perfectly well why it’s rare – it’s because magically-induced love is among the most phenomenally problematic ideas one can even introduce into a game. Philter of love, you’re well past “on notice;” this domain doesn’t duplicate that effect.)

Personally, I would play this domain as long as I had other party members who were going to engage with the narrative in some sense. It would be incredibly disappointing to target characters with Emboldening Bond and have them not roleplay any connection to one another, not even a rough warrior friendship.

Remember, kids, don’t ever put other players on the spot to roleplay romantic or sexual love without their enthusiastic consent. EVER.

I’ve seen some conversation on Twitter around the question of how well the charmed condition relates to love as we wish to see it, and how much expectation of misuse each reader takes away from Impulsive Infatuation. As I write this, the conversation is just getting started. The point I want to make in strong defense of this implementation is that this absolutely sounds to me like something Aphrodite would do. Other gods of Love… harder to say, they aren’t all as interventionist as she is.

It says Clockwork Soul and means “what if your sorcery came from Mechanus?” Since I’m 100% here for maybe some sort of Great Modron March (Primus sucks), well, you can guess that I’m excited to find out what makes this sorcerous origin… tick.

This is a fascinating sorcerous origin. I love how much it hooks into D&D lore and feels like Planescape. I’m not looking it up, but several of these features could very plausibly be lifted from Planescape: Torment. The worst I can say of this is that 5 sorcery points a pop is a big drain on the sorcerer’s main currency, without any extra sorcery points granted. Of course, you could restrict yourself to one use of Trance of Order and one of Clockwork Cavalcade per long rest, so the only currency-guzzler in the bunch is Bulwark of Law… but be real with yourself here.

The other thing I note about this is that if you ever wanted a sorcerer version of Neo (or Agent Smith) in The Matrix, this is probably as good as you’ll get.

All three of these are exciting, vibrant subclasses, with big ideas that plug into the D&D multiverse. Of them, I’m most eager to play the Love domain, but I’d give all three a shot. The Clockwork Soul does one thing in particular that many sorcerous origins don’t, not counting the Divine Soul: it suggests new character motivations that are about your subclass. I feel like a possible obvious goal is to go to Mechanus and figure out what it means to you.

Finally – thank you to everyone at Wizards of the Coast who made all of my dumb jokes in this article possible.