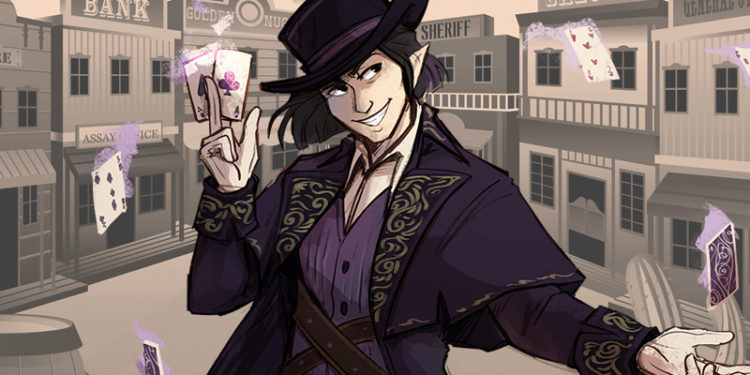 This week on the Campaign Trail, I’m sharing a new sorcerous origin that I created for a weird west/fantasy mix campaign I am planning to run later this year. Sorcerers are those rare individuals who are naturally connected to the magical energies found in the universe. They only need to learn to harness their connection to unlock powerful abilities. A sorcerer with this origin uses cards to channel their innate magic and draw on magical energies of the world.

Let us know in the comments below what you think of this new option for monks. Detailed feedback is appreciated.


At 1st level, a sorcerer gains the Sorcerous Origin feature. Here is a new option for that feature: the Cardslinger.

By chance, you met an elemental, visited an elemental plane, or were hit by the elemental chaos as it broke through into the world. Your innate magic draws from this connection to earth, flame, sky, and sea. Now, elemental energy courses through you, each element battling to enter the world.

As a Cardslinger, your expertise with playing cards goes beyond sleight of hand tricks and beating fools at the gaming table. Through experience and experimentation, you’ve found that cards allow you to channel the chaotic energies coursing through you. You’ve also discovered that your skill with playing cards is uncanny, allowing you to throw cards with deadly accuracy.

The random act of drawing a card connects you with the forces of chaos, unleashing the extraordinary and unexpected. With each shuffle of your deck, you come closer to understanding your gift and realizing your true potential.

When you choose this origin at 1st level, you can empower one standard deck of playing cards which become magical with the following properties:

Spellcasting Focus. You can set your deck of magical cards as your spellcasting focus.

Shuffle. During a long rest, if you spend at least 15 minutes of the rest shuffling your deck of magical cards, any lost or damaged cards are restored. Starting at 10th level, you can shuffle your magical cards during a short or long rest.

Card Magic. When casting a spell attack that inflicts damage to a target you can draw a magical card. When drawn, the card is consumed by magical energy and you can gain one of the following benefits:

Starting at 1st level, you gain proficiency with all gaming sets and expertise with the playing card set. You also have advantage on Sleight of Hand checks made to use a deck of playing cards.

Also, cards are deadly weapons in your hands. You can use playing cards from your magical deck of cards with the following properties: 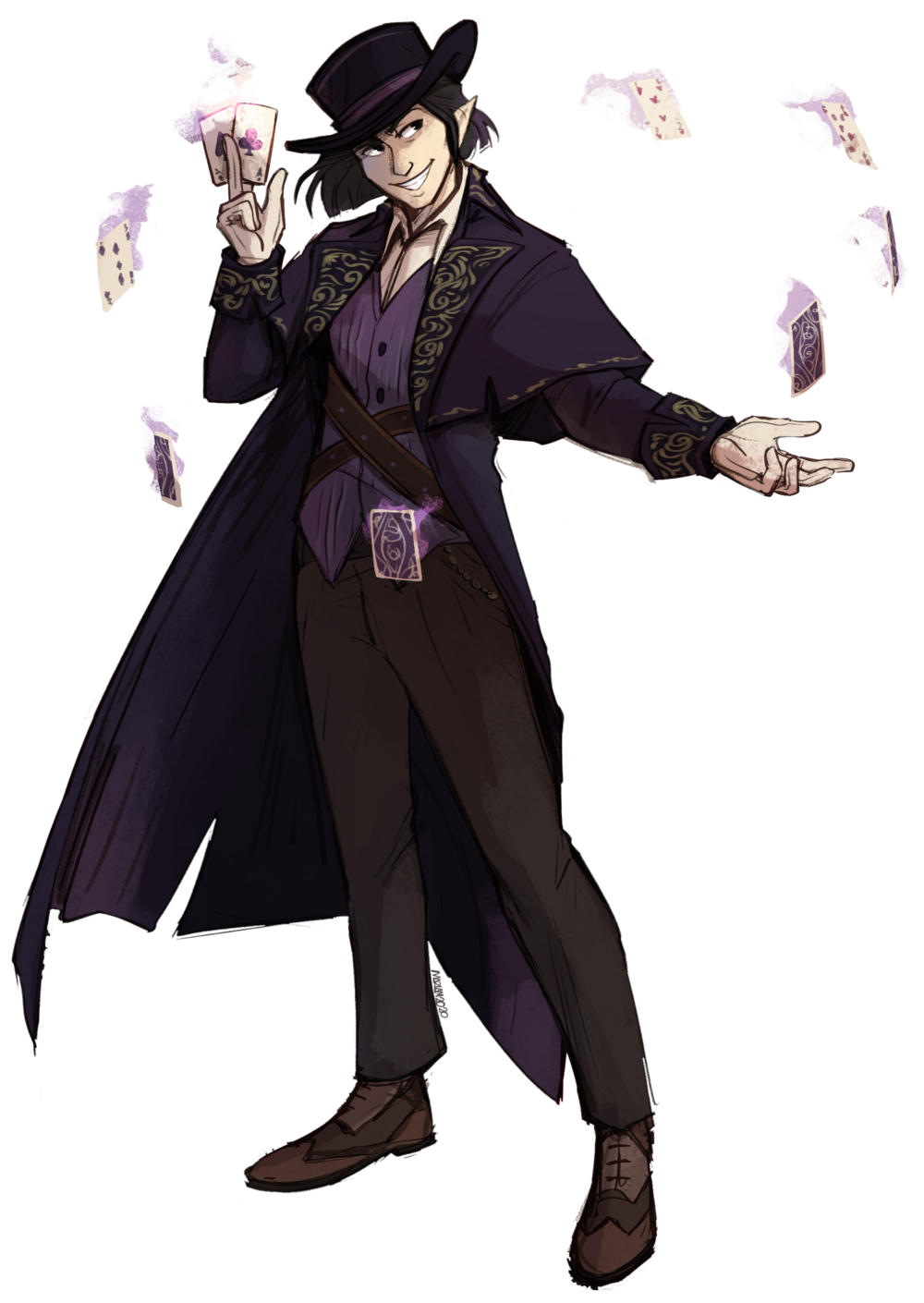 At 6th level, your innate magical abilities are enhanced and you gain the following benefits:

LUCK OF THE DRAW

In addition, when the result of an attack roll, saving throw, or ability check that you make is a natural 9 or lower, you can spend 5 sorcery points to draw a card and add the face value to the result (Ace, Jack, Queen, and King are worth 10).

Beginning at 18th level, as a free action you can play a Joker to have a card of your choice appear on the top of a deck of cards (whether magical or mundane), even if that card has already been discarded or destroyed. The card is the actual card and vanishes from its previous location This excludes Jokers and your lucky card when using your magical deck of card.

If you do not have a set of playing cards, you can use dice instead. Use a d4 to determine the suit (1 to 4 alphabetically) and a d12 to determine your card, treating 1 as an Ace, 11 as a Jack, and 12 as your choice of a King or Queen. You’ll need a couple of tokens or a record on your character sheet to count your Jokers.