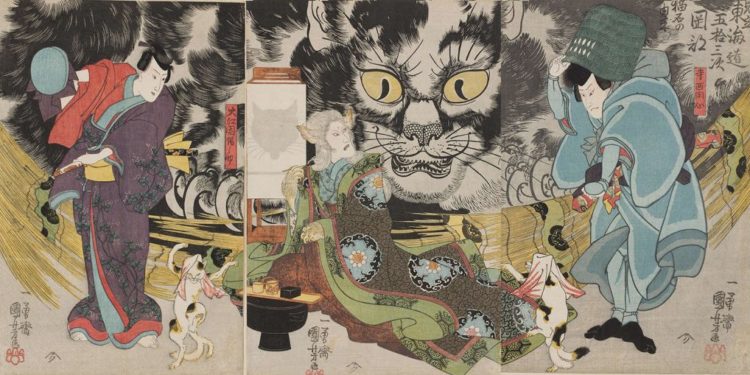 Welcome back to the world of STORM EDGE: THE ADVENTURES IN EIGHT ISLES! This week, we are introducing a new race of the Eight Isles: Henge – which are like mix between Changeling of Eberron and Yokaihengefrom (dreaded) Oriental Adventures/Rokugan of the past editions. 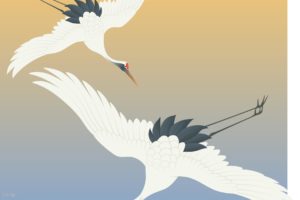 Have you heard the tale of a lonely young monk falling in love with a beautiful woman who turned out to be a Fox Spirit? Of the maiden offered to a Snake Phantom who revealed himself to be a handsome young man? Or of the crane who became a hunter’s wife to repay the gift of life, only to disappear once her true identity was discovered, leaving her husband and weeping little ones? Ever wondered what happened to their children? Well…

Henge are the descendants of the animal spirits or phantoms of the Feywild. They have inherited the uncanny shape shifting ability from their otherworldly ancestors. Like Changelings, they are mistrusted for their abilities, often even by their own family members within whom the rare spiritual heredity has not manifested itself.  Henge tend to live among other humanoids hiding their true beastly forms. Many of them consider themselves to be something in between a human and a spirit and are always in search of their true identity. Often, they go out searching for information about their spiritual ancestry, hoping for acceptance (or at least an answer).

In their true form, Henge look like very pale humanoids with near-colorless silver hair and some beastly features reminiscent of their animal ancestry (such as red and/or slit pupils, long canines, snake-like tongues, etc). Fox and Racoon Dog Spirits are by far the most common of their ancestors, but Snakes, Cats, or other animal spirit are not uncommon.

*Notes about Spirits/Phantoms: because the region of The Eight Isles is close to other planes, especially the Feywild, the animals that live in the area with heavy fey influence or close to a portal tend to live longer and often become natives of the Feywild. Whether they are called Spirits or Phantoms depends on their Good or Evil alignment, respectively. This influence is not limited to animals. Plants (and even some objects) that have lived/existed for a long time or are tinged with heavy emotion can also become Spirits or Phantoms. 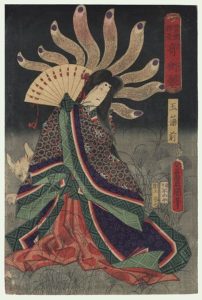 Ability Score Increase. Your Charisma score increases by 2, and either your Dexterity or your Intelligence increases by 1 (your choice).

Age. Henge mature slightly faster than humans but share a similar lifespan – typically a century or less. While a changeling can shapeshift to conceal their age, the effects of aging still catch up to them.

Alignment. Henge hate to be bound in any way, and being of fey blood, they believe that chaos and change are important aspects of life. Most tend toward pragmatic neutrality as opposed to being concerned with lofty ideals. Despite common fears, few Henge embrace evil.

Size. In their natural form, Henge average between 5 to 6 feet in height, with a build similar to their bestial ancestor. Their size is Medium.

Languages. You can speak, read, and write Common and two other languages of your choice.

You decide what you look like, including your height, weight, facial features, the sound of your voice, coloration, hair length, sex, and any other distinguishing characteristics. You can make yourself appear as a member of another race, though none of your game statistics change. You also can’t appear as a creature of a different size than you, and your basic shape stays the same; if you’re bipedal, you can’t use this trait to become quadrupedal, for instance (Your Ancestral shape being an exception). Your clothing and other equipment don’t change in appearance, size, or shape to match your new form, requiring you to keep a few extra outfits on hand to make the most compelling disguise possible.

Even to the most astute observers, your ruse is usually indiscernible. If you rouse suspicion, or if a wary creature suspects something is amiss, you have advantage on any Charisma (Deception) check you make to avoid detection

Henge Instincts. You gain proficiency with two of the following skills of your choice: Arcana, Deception, Intimidation, Insight, Nature, Persuasion or Stealth.

Unsettling Visage. When a creature you can see makes an attack roll against you, you can use your reaction to impose disadvantage on the roll. You must use this feature before knowing whether the attack hits or misses.

Using this trait reveals your beastly nature to any creature within 30 feet that can see you. Once you use this trait, you can’t use it again until you finish a short or long rest. 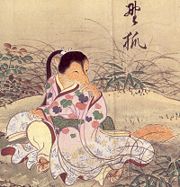 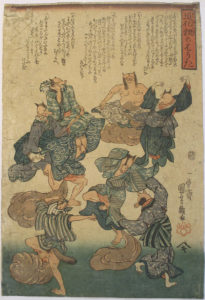 Ancestral Shape.As an action, you can take the form of your beastly ancestor. You decide what the shape is or you can determine what it is randomly by rolling on the Henge Ancestry Table.

Henge Ancestry (*must be under CR ¼ at most)

While you are transformed, the following rules apply (mostly follows Wilds Shape rule): 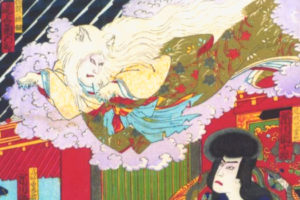