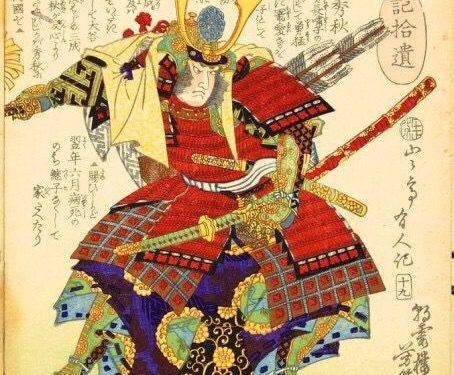 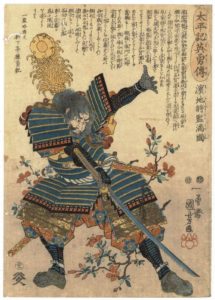 First, a note about Samurai in Eight Isles:

With that out of the way…

By necessity or birth, you have dedicated your life to mastering the art of the sword and its many fighting techniques. You live by the sword and die by the sword. Your aim is to become the greatest swordsman or swordswoman The Eight Isles has ever seen. To you, your sword is not just a mean to a violent end or to earn a day’s meal, it is a way of life – the sword is your soul. You are a Sword Master.

Union of Mind, Skill, and Body

A consummate sword fighter and Sword Master must always keep their mind, skill, and body as sharp as the edge of their blades. As such when you choose this archetype at 3rd level, you get a bonus proficiency in one of the following skills: Acrobatics, Athletics, Insight, or Intimidation. If you already have a proficiency in the skill, it will become an expertise.

When you choose this archetype at 3rd level, you learn two sword Modes that make you a deadlier combatant. You gain an additional style at 5th, 7th, 10th and 15th level. 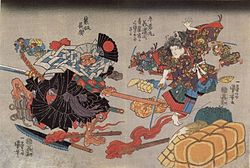 Draw of Water You draw your sword, strike in a quick flash, and return the blade to its sheath in one flowing motion. You roll your attack with advantage and receives plus 2 to damage for one of your Attacks as the opponent cannot predict where your quick sword will strike.  Also, you may make the attack from a sitting or otherwise compromised position without having to go into an attack stance. To adopt this Mode, both hands must be available (no shield or a weapon on the other hand) and the weapon must be one handed or treated as one handed if versatile.

Dual Heavens (prerequisites: Class Level 7, Two-weapon Fighting) When you engage in two-weapon fighting (they need to be weapons of different length), you gain +2 to your AC and can make a single melee weapon attack as an additional bonus action on each of your turns while you are in this Mode.

Swift as Wind While in this Mode you receive +1 to your AC.

Sharp as Ice (Prerequisites: Class Level 5) While in this Mode you receive +1 to your attacks and damages.

Quiet as Forest (Prerequisites: Class Level 5, Swift as Wind) While in this Mode you receive +2 to your AC but move at half speed.

Fierce as Fire (Prerequisites: Class Level 10, Sharp as Ice) While in this Mode you receive +2 to your attacks and damages and add 5 feet to your movement.

Unshakable as Mountain (Prerequisites: Class Level 10, Gentle as Forrest) While in this Mode you receive +3 to your AC but move at quarter speed.

Unknowable as Shadow When you make a Dexterity (Stealth) or an initiative roll while in this Mode, you can add half of your Fighter Class level to your roll.

Terrible as Lightening (Prerequisites: Class Level 15, Fierce as Fire) While in this Mode you receive +3 to your attacks and damages and adds 10 feet to your movement.

Crescent Light While in this mode, as an action, you can move your sword and flash the light from your blade to attempt to blind a target. If the target fails a Wisdom saving throw, they are blinded for one round. DC for this is 8 + your Dexterity Modifier + your Proficiency Bonus.

Swallow Tail Counter While in this mode, if an opponent you can see moves within 5 feet of you, you can use your reaction to make one weapon attack against that creature.  If the attack hits, add half of your Fighter Class Level to the damage.

Fang Breaker (prerequisites: Unarmed Fighting) When an opponent makes a melee attack against you, as a reaction you can take the opponent’s weapon away and strike them with it as if you have proficiency with that weapon. You must have both hands free and beat the opponent in a Dexterity contest (to which you can add half of your Fighter Class level).

Blade of Darkness (prerequisites: Blind Fighting) Whether an opponent is hidden or unseen, you do not get disadvantage on your attacks and your keen senses give you +2 to your attacks while you are in this mode and your eyes are closed or covered.

Peak Strike You turn your blade away the moment before it strikes the opponent, dealing bludgeon damage instead of slashing damage, and by making the opponent think they have been cut you add 1d6 Psychic Damage to the regular damage with the weapon.

Wolf and Cub (prerequisites: Interception) When a creature you can see targets someone within 5 feet of you with an attack, you can use your reaction to impose disadvantage on the attack. If the attack hits, you reduce the damage the target takes by 1d10 + your Fighter Class Level (to a minimum of 0 damage).

One with the Air (prerequisites: Level 7) While in this mode you do not provoke opportunity attacks. Additionally, once a round you may halve the damage from one melee attack taken against you by an opponent you can see.

Mercy Blow (prerequisites: Level 7) While in this mode, as an action, you can strike the head of a target within 5 feet of you with the hilt of your blade. The target must make a Constitution Saving Throw or become stunned. DC for this is 8+ your Strength Modifier + your Proficiency Bonus.

Book of Five Rings (prerequisites: Level 15) While in this Mode, attack rolls of 18, 19 and 20 are all considered critical hits. 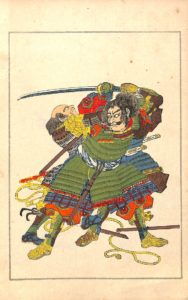 Starting at 7th Level, you can move in such a way as to prevent an enemy from attacking anyone but you. When you roll for initiative, you may select one target who then must make a Wisdom saving throw (DC=8 + your Dexterity Modifier + your Proficiency Bonus). On a failed role, the target has disadvantage on Wisdom (Perception) checks made to perceive any creature other than you for 1 minute or until you are incapacitated. While this feature is in effect, you have advantage on the first attack roll of the round against the chosen target, and a roll of 19+ is considered a critical hit. If the first attack made with advantage is critical, then you have advantage and 19+ critical on the second attack too. The effect continues as long as you make critical hits and have the attacks left for the round.

Once you use this feature, you must finish a short or long rest before you can use it again.

Starting at 10th Level, you can choose to shift your Mode using a bonus action or reaction during your turn. You can use this feature a number of times equal to your Dexterity modifier. You regain all expended uses when you finish a short rest.

Starting at 15th Level, every time you shift Modes, add 1D8 to your next attack and damage roll.

Starting at 18th Level, your mastery of the way of the sword and your sharpened mind’s eyes lets you see an opponent’s aura and lead your blade in such a way that you cut the part of them that makes them evil or otherwise morally compromised from their better character. When you hit a creature with an attack, you can use this feature to deal 10D10 slashing damage (the attack is considered magical for the purpose of overcoming resistance and immunity to nonmagical attacks and damage). If the attack reduces the creature’s HP to 0 or lower, instead of killing them, the target must make a Wisdom saving throw (DC=8 + your Dexterity Modifier + your Proficiency Bonus). On a failed save, the target’s alignment changes to Good. Additionally, any or all curses on the target are removed and they are no longer Charmed, Frightened, Petrified, Paralyzed, Poisoned, or Stunned.

Once you use this feature, you must finish a long rest before you can use it again.

The Eye of Klothys Review