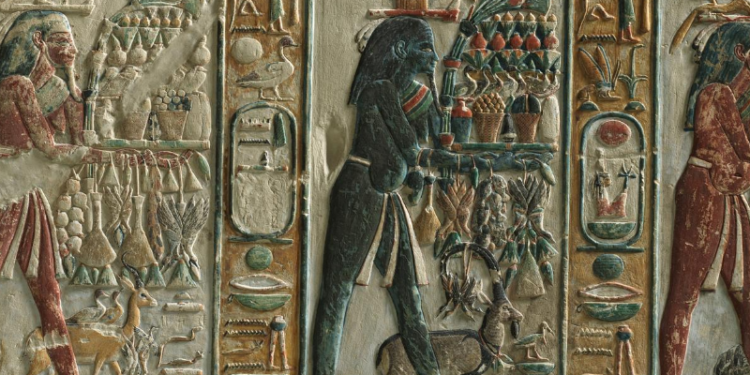 In a traditional D&D setting, there are often a group of gods that every culture worships, and then maybe some race-specific pantheons for elves and Dwarves or just one god as a patron for those races. What we’re going to do is take the pantheon that was developed last week and see how each culture might interpret those gods through their particular cultural lens.

Let’s revisit the base assumptions about how the divine interacts with the mortal plane from last week.

Point number two is our focus. Let’s explore this conception of divinity some more.

The gods are inherently unknowable by mortals, with plans, motivations, and even appearances that are as incomprehensible to us as real-world cultures are to an ant. Therefore, it is impossible for any particular culture in our setting to know perfectly the true form or even the name of any deity.

They connect to their mortal followers through visions, manifestations, and omens that must be interpreted. This, of course, causes variation and conflicting opinions and dogmas surrounding the worship of gods. Some cultures might even assign completely different attributes to a god, or split them apart, or not even acknowledge a god of another culture as being one worthy of their worship.

Creating Pantheons for Other Cultures

Now, let’s make us some gods!

Take the gods you made last week and let’s return to the base archetypes that we based them on. So, for our elvish pantheon we have:

So, how do we adapt this to a new culture? By doing two things:

The adaption process is a lot easier than the initial creation, as it is really just about becoming more specific.

Center on the Culture’s Values

So the values that the dwarves focus on include:

If we could sum up the dwarven ethos in one sentence “Forge a good life” could be it. Therefore let us center the pantheon on the Craftsman archetype. Also, consider such cultural constraints like family structure. Most pantheons are arranged to mirror families and feature a web of familial connections.

Adapt to fit the Culture’s Values

Knowing what the dwarves value, you can then adapt the elvish pantheon to fit the dwarven culture. There is no need to create exactly one to one correlations between the two pantheons, and as you’ll see, I actually split some of the elvish gods up and spread their domains around to create a new original pantheon, that echoes the elvish one.

Also, consider the physical and material constraints of the culture. Dwarves, living underground, have no need or real conception of the sky or celestial bodies, so those aren’t really present in my pantheon. Instead, each god represents a craft that is highly valued among the dwarves.

Let’s see what I came up with:

The dwarves see the Gods as their direct ancestors but take only a handful as being truly dwarven. Worshiping surface gods is tacitly accepted, but considered eccentric. ]

You can see that this pantheon has many of the same archetypes as the elven one. The Forgemaster is the progenitor Earth Mother/Father. The Runescratcher is the god of Magic & knowledge, the Toothgrinder is their war god and blends some aspects of the “great enemy” archetype, the Brewer is where we find another mother and father figure centered around the hearth and home, and the Miner is the death god.

Each of these deities hints at larger, interconnected mythology in which each god plays a role as a character.

You can repeat this process for each of the cultures in your game world, creating unique, yet connected pantheons for each. And don’t worry about messy! Messy makes realistic culture.

Next week we’ll look at impersonal and personal gods.