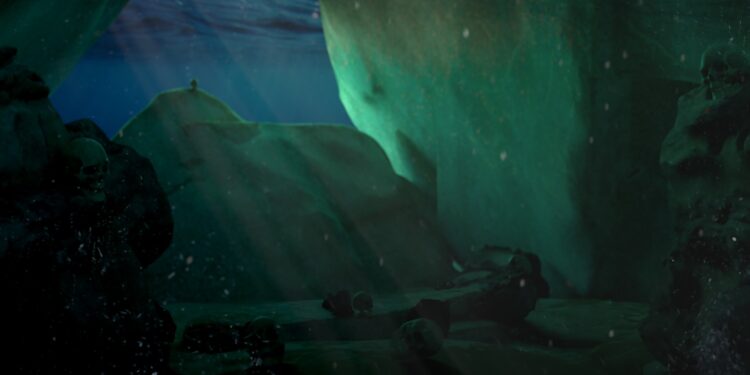 Ginya Skullhead is a  sea hag that wanted no more than to cause despair to the citizens of Musharb, a small fishing hamlet bordering a lake that depends on the day to day catch to survive. Ginya encountered a small bronze dragon wyrmling named Estirmatuxz trying to create its own lair below the waters. The beauty in its bronze scales was enough to cause her fury. She cursed the creature, causing it to kill any fish the dragon saw, as well as having it come out of its lair once per day to kill more fishes. 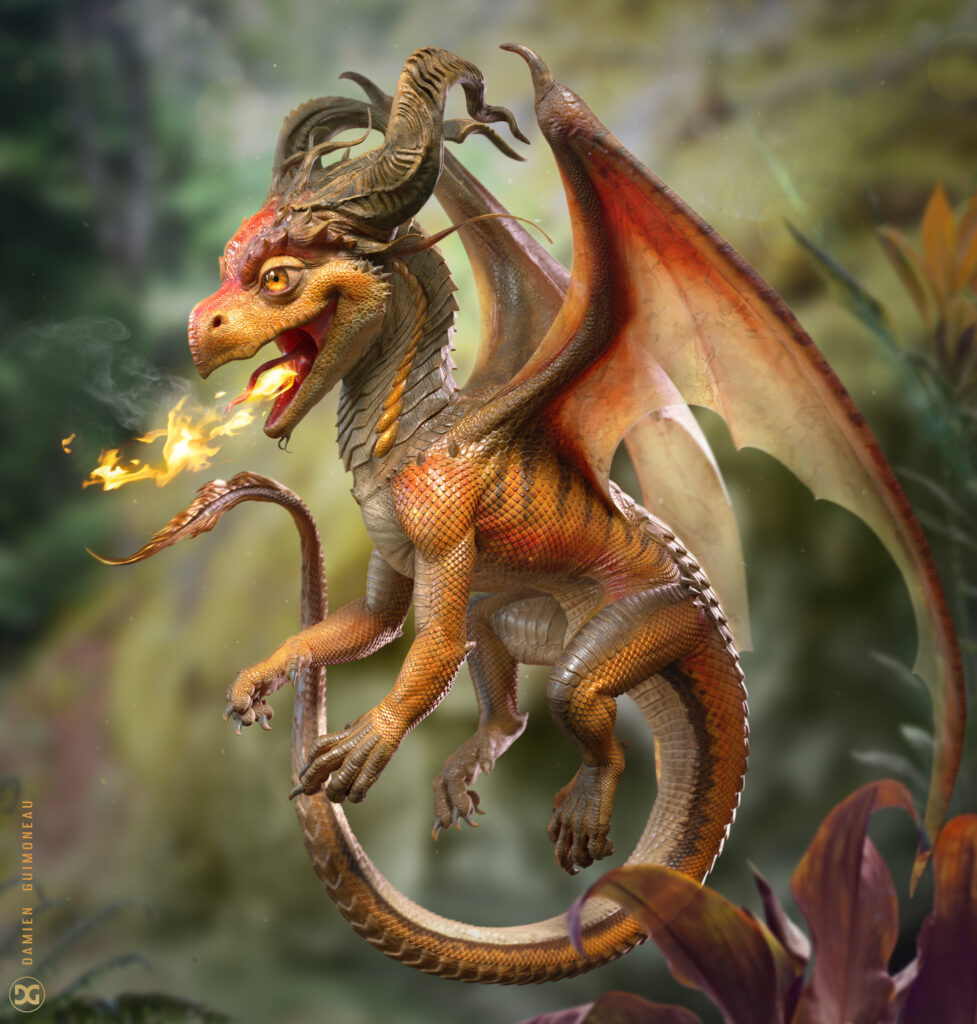 The players could have been informed about this hamlet’s problem in a variety of ways:

When the PCs reach Musharb, one of its citizens in the streets runs into a house. Moments later, a well kept human woman with a straw hat comes out and greets the adventurers, asking them to enter her home. This person is Matilda Laurette, the hamlet’s only medic and the one who speaks for Musharb. She pronounces the letter “s” as an “h” and accentuates the letter “t” when she talks. Matilda provides the following information to the player characters:

Matilda promises to give the adventurers 30gp each for the task. They must bring something that demonstrates the problem is solved.

Taking the time to investigate the lake borders takes about 2 hours. The only thing left around it is a fishing rod on the ground. If night time approaches, the adventurers have a 50% chance of seeing a light on one section of the lake with a successful DC13 Wisdom (Perception) check. Shortly after, roasted dead fishes appear over the water. If the PCs manage to get closer in a quick manner, they see a metallic shine moving towards the east (the dragon’s lair).

Adjusting the encounter: If the characters are lvl 1 or 2, the sahuagin appear damaged and have 14hp each.

Note: Allow the PCs to do a peaceful short rest out of the lake if needed. Low-level adventurers can die easily and we don’t want them to reach the final fight very damaged. If they want to do a long rest remind them that time is of the essence. The longer the player characters take in solving these fishes will keep on dying and Musharb may lose its only profiting activity.

Light: The cave interior is lightly obscured, only illuminated from little holes in the ceiling  from which the sunlight or moonlight comes through.
Spears: The spears are stuck on the walls dealing 1d8 damage to those pushed against it.

No matter if the PCs enter through the right side, the left one or both, read the following text aloud:

The surprising sound of a sneeze echoes through the cave, accompanied by the sound of crackling electricity. The sound comes from the center of the room, where a bronze scaled dragon with obscure black eyes floats. From its position, one of the three sahuagin in the room is launched by the sneeze towards a spear filled wall. The sahuagin dies impaled as all creatures in the room turn their gaze towards you. 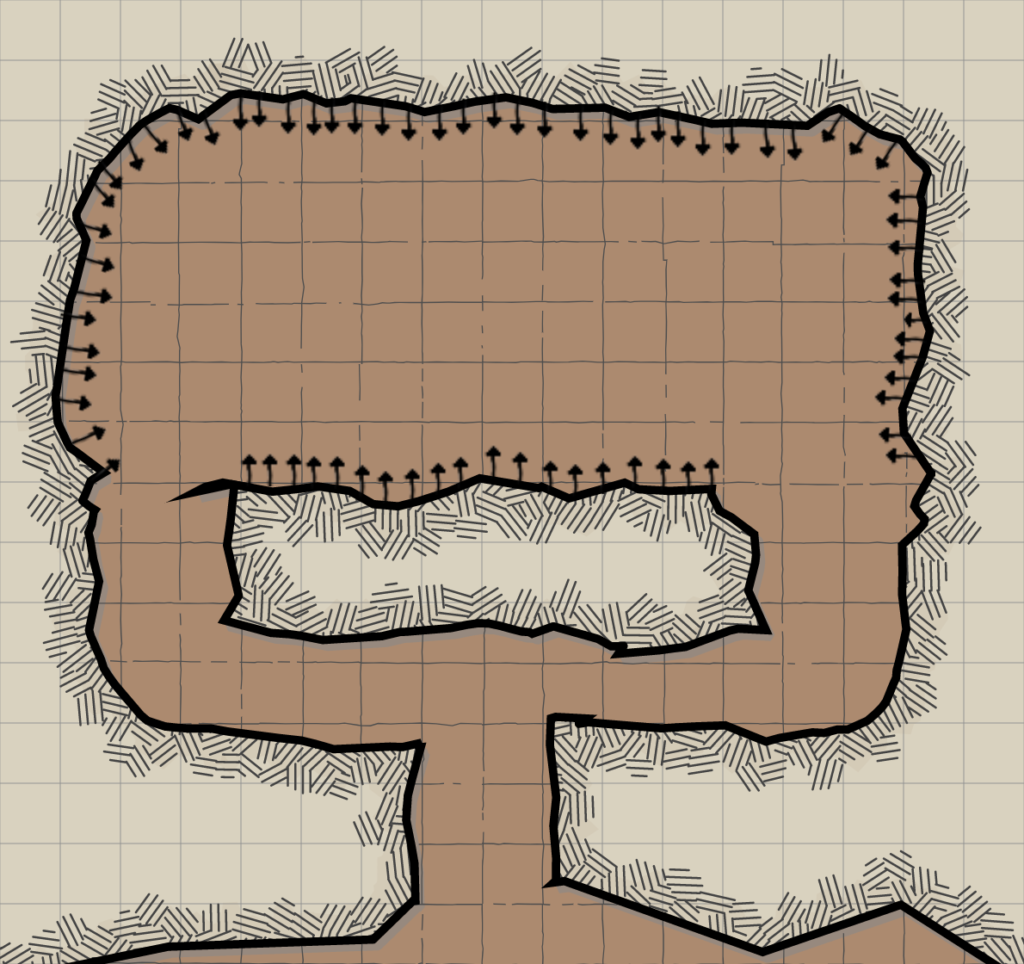 After the sahuagin’s death the room is occupied by 2 sahuagin and a cursed bronze dragon wyrmling. The sahuagin work for Ginya but know not of her location. Only Estirmatuxz knows (the wyrmling). These creatures were ordered to annihilate those who dare enter the lair. However, if anyone was to fight hard enough that adventurer should be left unconscious as Ginya has plans for them. A remove curse spell on Estirmatuxz will return it back to normal, making it change sides to help the PCs.

Note: The boxed text was added to show the players that they can use the spears to their advantage. If they somehow manage to have the dragon push the sahuagin against the spears with its Repulsion Breath have the sahuagin get impaled and killed from it, no matter how good on health they are. Managing to do this should feel like a reward.

Adjusting the encounter: If the PCs are:

Treasure: A skeleton is impaled on one of the spikes, still wearing some damaged clothes. It has 2 potions of healing and boots of elvenkind on its feet. This corpse belonged to the adventurer that was sent the day before.

Creating an Organization of Evil