How to: Time traveling in RPGs – Do Over: The Reset 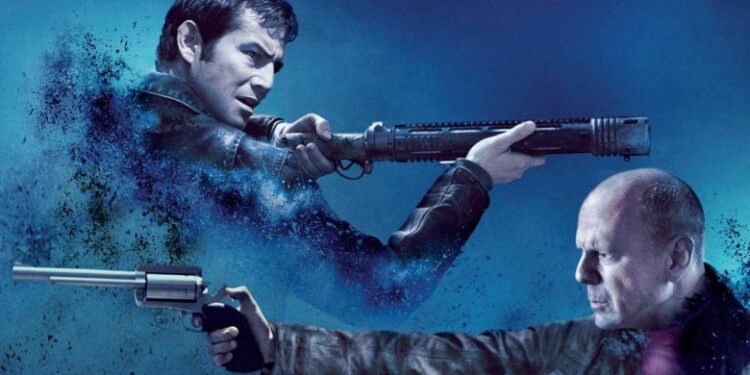 Last article we talked about how Do Over Time Traveling works, and how it branches into two different categories. These two are The Loop and The Reset, which despite sharing many similarities they provide widely different results both in how they work and the stories they create. You can find a general description of how Do Over time-traveling stories work like and can be achieved, as well as an emphasis on Looping stories by clicking HERE. If it is really The Reset method you are interested in or would like to learn more about keep reading:

The way The Reset works like is by having a single timeline just like The Loop does. The Reset mostly consists of someone with a time machine or way to travel through time that goes back to a certain period and rewrites (or resets) the timeline. If it creates a new timeline it erases all others. As previously stated, this is one of the most common methods of time travel used in media. Changes in the past can greatly change the present and future, and even erase things from existence. The most common example is the Back to the Future Trilogy, but there are many others, such as  X-Men: Days of Future Past, or The Looper.

The reset may be one of the easiest methods to implement in RPGs. I believe this because the time-traveling often occurs only once, meaning you should not worry as much about the chaos it can produce. This often creates paradoxes and other versions of yourself but doesn’t care as much in the logic behind the method. We will talk more about this as we proceed with the article, as there are many things to still consider when time traveling this way: 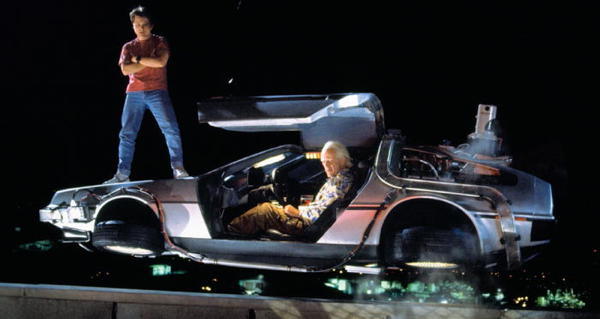 DeLorean from Back to the Future trilogy of movies

In order to travel in time, you first need a way to travel back or forward. In other words, you need your time machine. Some science fiction movies have also used wormholes or strange occurrences that affect the flow of time to justify a place that launches to another day and age. Once you’ve got the one you were looking for, you will need to determine if there is a way back through it, if it needs to be recharged to be used (like the DeLorean in Back to the Future) and the complications that may arise from it, and the times and locations it can travel to. Adding some limitations to the traveling makes not only for a more fun game as it forces the players to think creatively, but it also helps you with your planning. If the player characters time travel to the dinosaur age when you planned for them to go only 10 years back there’s not much you can have prepared. That’s why media often limits it! They don’t want you to use it to go back and kill baby Hitler. Put limitations in your time traveling!

What happens if you bring back in time to the year 1800 the Mona Lisa you stole in the present time from the Louvre? Now there are two equal paintings with none of them being a counterfeit at the same moment in time. This is what is called a paradox. Paradoxes are heavily used in media because they would most probably occur if you used this method of time travel. They also are mind-twisting and interesting, granting an “ah há“ moment to the reader, spectator, or gamer, and we all know people love receiving that feeling of being intelligent. As a GM you are a game designer, even if it is in a small scale. Use paradoxes to make your players feel intelligent or use them for scares. The fact that one Frank is in the bank when the character was with him at the time and day in his house means something weird is going on. This also creates the existence of a doppelganger, which we will talk about later. Paradoxes make for great mysteries to solve in RPGs.

One can either plan out a paradox in advance or create it through the Checkhov’s Gun Rule. This method of time traveling specifically often defies logic, meaning that events from both the past and the future can alter the present. If you drop a diary that shouldn’t be where it lies during one game you instantly create a paradox. If players don’t notice it because the paradox was not yet shown to them make a note to drop a copy of the diary somewhere else, and a reason why it is there. However, if they do notice it, and you can’t find a sense for it to be duplicated you can always have some other person from the future who went back in time and dropped the diary there in place. You will have plenty of time to find a reason between sessions. What’s more, you can even steal some theory one player says aloud when seeing it and make it real. Players usually come with cooler ideas than the ones we originally have. As always, don’t overdo paradoxes. You want them to feel special and scary, not an everyday thing.

As I stated before, what happens if you go as an adult to the time you were a kid? You become a doppelganger, a second version of yourself at the same moment in time. In other words, a paradox. Nevertheless, the doppelganger didn’t really exist when you were a kid. This means that your adult version can alter itself by changing the road that led the kid version followed to become the adult. That’s why the media always uses the statement that you must never meet yourself when you go back in time. The Looper movie shows many of the things that can happen to your doppelganger if you interfere with it. Have versions of the player characters appear to battle against them. If you want to go even trippier you can have multiple versions of the player characters appear at the same moment in time, each with their own objective. What happens if the future version of themselves damage the younger versions? Do scars appear in the older doppelgangers out of nowhere?

What happens if a future version of yourself tells something from the future to your past self as Butch does in Past to the Future 2? This creates a curve in the timeline, which can become a humongous problem. It would not be weird for the player characters to have as a mission impeding the villain to give her past self an evil plan to conquer the world. On the other hand, doppelgangers can serve as NPCs to guide the characters to a goal. Last but not least, decide beforehand what could happen if two doppelgangers met. Some media has stated that if two doppelgangers were to touch they merge into one being, while other media treats them as two different people. There are practically unlimited possibilities and anything you do with them can end up creating a great story or player character moment. Just make sure to create a reason why the doppelganger is there, or note it down to have it planned for a future reveal.

Changes in the past can either create a new timeline erasing the past one or curve the direction of the current one. What does this mean? Changes in the past affect the future by creating the butterfly effect. One single decision can mean your death, meaning you will not be there to help out the president’s counselor as a friend. The president’s counselor has a fight with their significant other, making them very nervous at work, thus not helping the president prevent a new world war. See how the littlest of changes can cause catastrophes? As the GM you decide how much each choice matters and alter the events in the future they will return to. Know that once time travel is invented changes in the future can make NPCs want to travel to the past to change it. Decide how drastic you want decisions to be before entering the game, and make sure to create great plot twists through it. Deciding not to help a friend can curve the timeline right enough for that friend to travel back in time and become the villain. 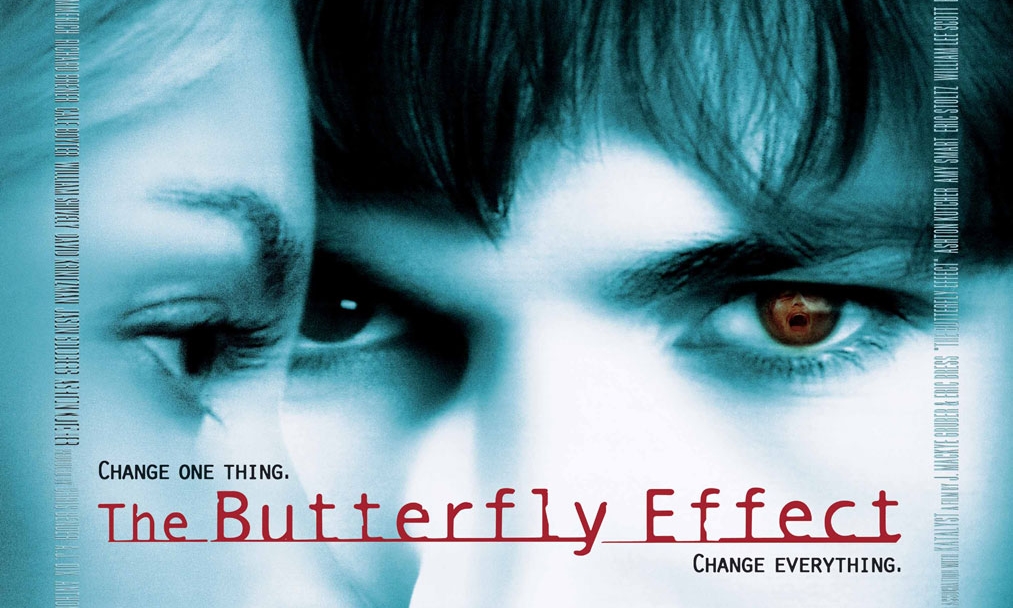 Image from The Butterfly Effect movie

Creating a Reset time travel story in your RPG

Once you have determined how much of each of the things above you want in your RPG you are pretty much ready to go. The Reset doesn’t require much more preparation than a common session would take. The more the characters time travel the more difficult it will become. In a way, the Reset is an exact copy of The Loop except that the player characters have no reason to keep reliving the same moment. This means that you can take even more advice by giving a read to the article I made for it. However, in The Loop, there’s no place for paradoxes or doppelgangers, and the curve keeps getting curved until it is left just as you wanted to. As in The Loop, if you know the player characters can time travel do everything you can to end the session after that unless you prepared for it.

The most common trope with Reset Time Travel is getting stuck for some reason in the past or future, meaning you won’t have to necessarily plan more than you normally should. Time keeps going forward. The only thing you should worry about is doppelgangers and paradoxes in that case. The more times the characters travel to the same moment the higher the chance for these two things to happen. By using The Reset method, (unless it is only your mind or conscience that travels in time) you will keep creating doppelgangers every time you travel back in time that weren’t really there the previous times. In my opinion, the best themes for the Reset are mysteries to solve or adventures in which for some reason the characters have got stuck in time. Another trope that is becoming more popular is having the player characters play as time guardians or fixers of the timeline, going back or forward in time to prevent things from altering the regular timeline.

In the next article: Timeline changing – Stay Tuned!

Which 3 Classic D&D Settings are Coming ...