How to: Time traveling in RPGs – Do Over: The Loop 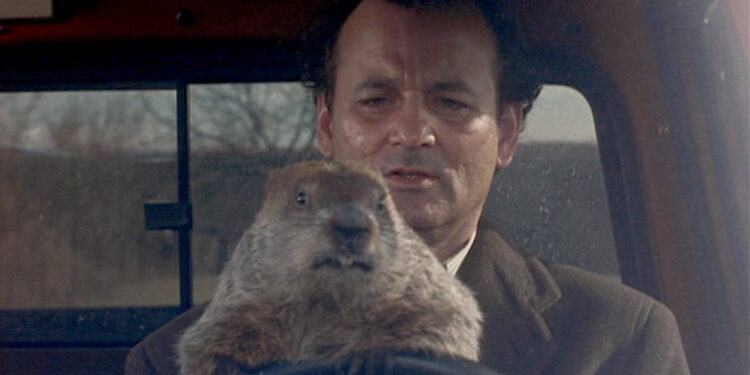 Welcome to my time-traveling series in RPGs. Today we will be covering how to handle the Do-Over method of time traveling. In order to do that, we will need to firstly analyze how it is it works. Note that several media uses this kind of time traveling and some of them don’t even consider themselves time traveling methods. There are multiple variations and it would be impossible for me to cover them all. Nevertheless, I’ll do my best effort to create a skeleton behind this method of time traveling so you can adapt to the one you like the most in your games. Let’s get started, shall we?

The way do-over time-traveling works is pretty simple. You can come back in time a very specific amount of time, be it a minute, an hour, an entire decade, or even a moment the protagonist decides on with a time machine. One thing they all have in common however is that the time traveler keeps their knowledge and is aware of what transpired. An easier way to look at it is in the video-game sort of way: you go back to the last checkpoint you went through, except you as a player retain the knowledge on how the character died all the previous times. Some other times it is just the consciousness that travels back in time to the old body. You have an incredible amount of options to choose from.

When back in time, all your actions overwrite those that you did the previous time and become the real timeline. This would mean that there is a single timeline you change every time you go back in time. Movies such as the Back to the Future trilogy, Groundhog Day, or videogames like Braid play a lot with this. Of course there are millions more movies, books, and videogames that work a little bit different but there’s no way I can cover them all. Do over is one of the most well known and respected, mostly from the nostalgia we all have re-watching Back to the Future which mostly started the trend. It is, as well, one of the easiest to recreate in media, making it the one time-traveling method that is used the most and has the most variations. How well does it handle in RPGs?

While the timelines mostly work the same way I believe you can separate this time-traveling method in two subgroups: The Loop and The Reset. 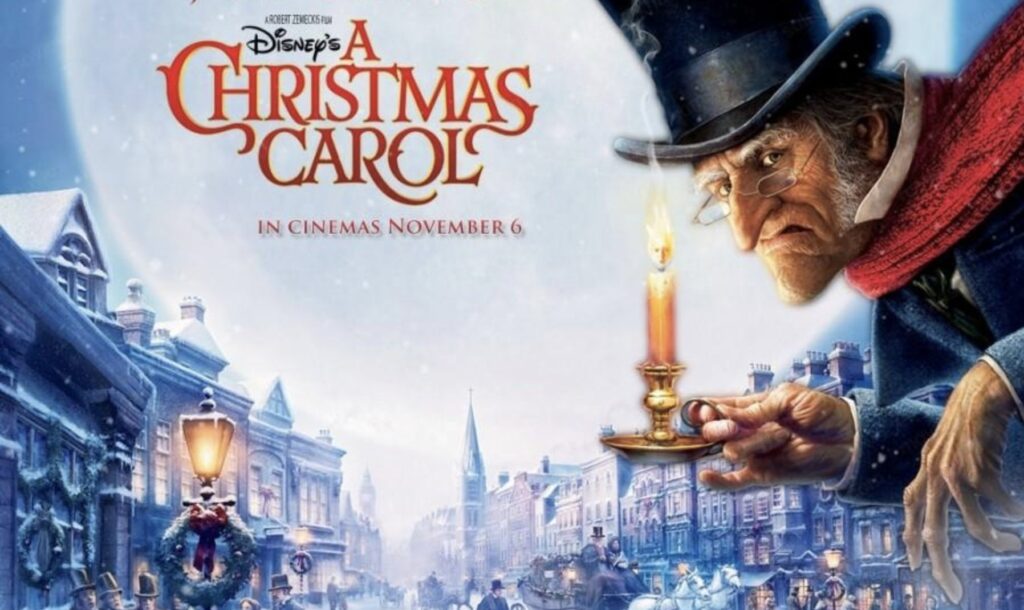 Image from the A Christmas Carol movie

When using The Loop as a time-traveling method, the time-travelers are for some reason trapped in a loop they can’t get out of or that until a special requisite is met. This can be an achievement, a mystery to solve, the understanding of a fact, or until a number of loops are met. I haven’t found any media that did the latter, but I believe you can find a way to tell a story through that method. Something like “You have 3 tries to accomplish something. Each try starts when you wake up and relive the same day in the same school. When you go to sleep you retain all knowledge and start from the beginning. If you didn’t manage to accomplish the thing in the 3 tries, you will never have the chance to try again”. I imagine you can come up or find easy examples for the other ways. If not, don’t worry. Those will be the ones I will be covering the most in this article. Before we go to how to do it, we need to decide some things:

What breaks you out from the loop?

This is the most important part in this sort of time traveling method. Those trapped in the loop can’t willingly get out of it or they must not for a specific reason. What is retaining them from getting out of it if that is the reason? Is it solving a murder? Do you need to find out who caused an act of terrorism? Or maybe there is an alien in the neighborhood you need to identify. In my opinion, having a mystery the players have to solve would offer the best results when porting this time-traveling method to TTRPGs. Once you have decided what is it that breaks the loop, we can continue by deciding the next step:

What are the space-limitations and who put you in the Loop?

Are you trapped in a simulation? Or is it a strange happening going on in the real world? What’s stopping you from traveling to some other city? Or are you allowed to do that? Maybe you are trapped in some pocket dimension that constantly restarts. Once you have this sorted out, why is it that the loop started? Who put the protagonists in there to begin with? Or was it them that traveled back in time to solve an unsolved crime, repeating the loop as they investigate all suspects?

Who are aware of the loop?

Besides the player characters, is there any other person that is aware of the loop? This isn’t often used in media, but it can provide very interesting results if the cultist the investigators are trying to find also knows they are in a loop. It doesn’t have to be a villain, though. You can have an NPC be part of the group that loops as well as that NPC would be the one to create the time machine in the future. Even better, if they are trapped in some sort of dimension or simulation you can have some sort of Loop Guardian (an antivirus for example?) that tries to make sure that the loop remains without alterations. Think of it as an obstacle that the players need to evade at all times while trying to break out of the loop. There’s a lot you can play with here.

The Tardis, the time machine… Media has often used some artifact to have the protagonist go back in time. If it is the player characters who are intentionally looping the situation, what is it they have that allows them to do so? This can become a Mcguffin to play with that maybe some other unknowing NPC or villain can make use of if the player characters lose it or didn’t have it to begin with. Does it need some time to activate? Do you need some specific material for it to work? The loop could actually be a devastating memory that the player characters must get through and accept, linked to a specific item that memory is connected to. 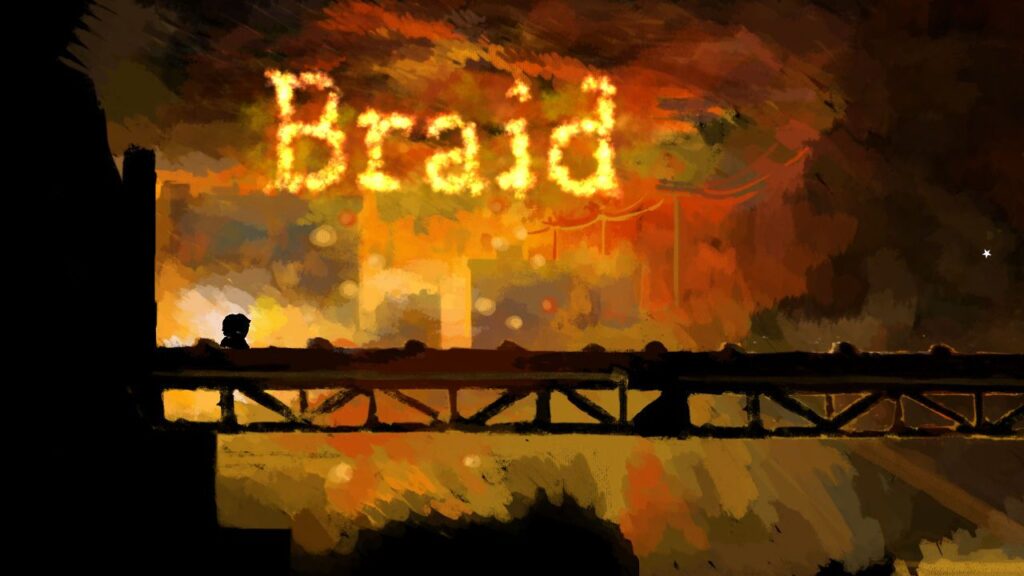 Image from the Braid videogame

Creating a Loop in your RPG

Depending on how big the area of your loop is, the amount of preparation greatly changes. You are in charge of building a sandbox your players must discover, to the point they may discover even the smallest of details. They are trapped in a loop, so they will try something different or the same thing with a small variation. You need to be prepared for way too much, which makes this sort of time traveling a bit daunting. To be honest, this one is easily the time-traveling method that is the most difficult to prepare but not necessarily that difficult to pull off once you have the preparations. Don’t get too scared, though, because even though you need to plan out what all people in the looping neighborhood are doing there are ways for you to not have to plan it all in one sitting.

The trick on how to run this sort of time travels is by having some (definitely not too much because it would be too boring) NPC dialog prewritten you are going to stick to on all loops, and limiting the amount of playtime. Letting the players restart the loop more than once per session requires way too much preparation. Another thing you can do as well is to section the players can access. Maybe have them appear in the crime scene and open new doors as they loop in time. This doesn’t solve the initial preparation problem as much because there is still a whole sandbox that needs to be prepared, but at least it allows the chance to expand on it as sessions go on.

As for creating a whole mystery around how to get out of the loop, as well as preparing for the future decisions the players may take in future loops you can make use of the Chekhov’s Gun Rule. Place weird items out of where they should be. If you want to, establish a specific time in which an NPC makes use of it. Why is there vomit in the toilet? You’ve got until next session when the players loop again to decide which NPC vomited there, when, and why. Don’t be scared to randomly use that technique but don’t overuse it, as it is particularly easy to forget you added it later, and your players won’t forget it. As they are in a loop that thing you added now constantly needs to be there, maybe not at the moment they restart the loop, but at least at the same time they saw it on the previous loop. As a final tip on why you should not overuse the Chekhov’s Gun Rule on looping time-traveling stories, or mysteries in general, doing so can create red herrings. You shouldn’t do that, as the players constantly create their own red herrings, and adding more to the mix can frustrate them.

In the next article: Do-Over Time Travelling: The Reset