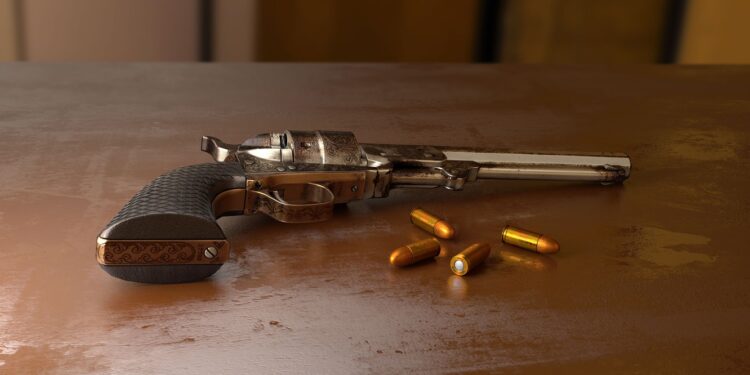 You may have heard of Chekhov’s gun rule used by many writers. Since I first heard of it I started to notice it everywhere in the media. I even started noticing it in my RPG sessions, one of many appearing in this article. However, the way this rule works in RPGs is much different than in movies or books… To better understand it, I decided to create this article analyzing it.

Firstly, a bit of history:

What is Chekhov’s Gun?

One must never place a loaded rifle on the stage if it isn’t going to go off. It’s wrong to make promises you don’t mean to keep.

The Russian Anton Chekhov stated in his letters that if a loaded gun is placed on the first act of a story over a table, it must be fired before the last act of it. Chekhov’s Gun rule is all about foreshadowing. If something relevant is mentioned in the story, the reader/viewer/player creates an unconscious expectation in their mind. If a prophecy is mentioned at the beginning of a book and it is never mentioned again, why was it there to begin with?

By grasping the concept of Chekhov’s Gun rule, we can then understand that what he really meant with it is that you should not detail or make things appear in your story that you aren’t going to be using later. Of course, detailing that the detective was smoking a Cuban cigar next to the grandfather clock creates a much different expectation that stating that the family who lived in the house the protagonists are moving into mysteriously died.  The former sounds like an unnecessary detail just to give a better image to the reader. The latter creates a sense of suspense to the reader, who knows that at any moment something strange is going to occur. 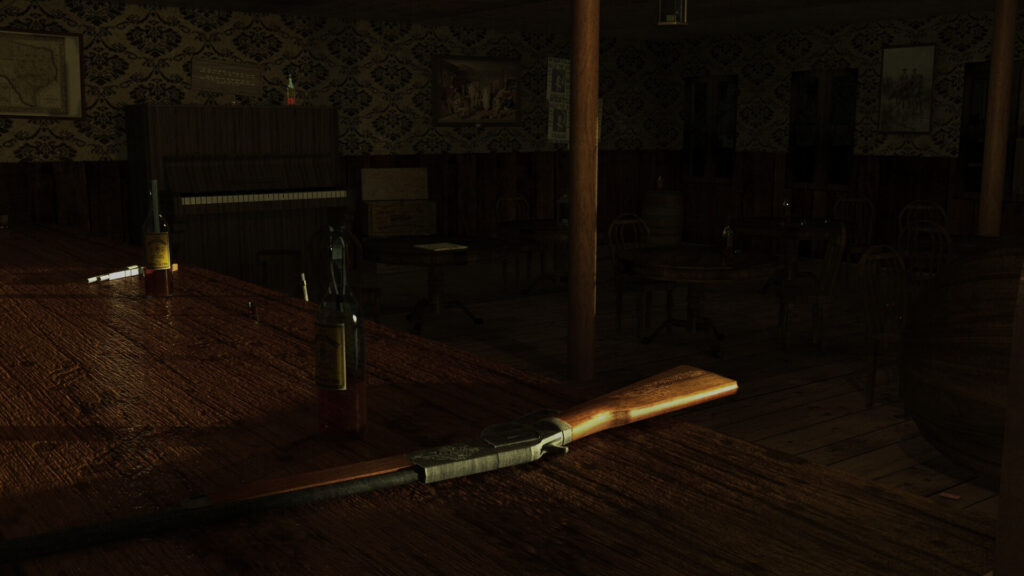 Does this rule work on RPGs?

There’s a principal difference between movies, books, TV series, and RPGs. The former are prewritten. There is already a story going to transpire we have no control of. RPGs on the other hand share a similarity with improvisational plays. The storyteller has a small portion of control over the story, but the greater scale lies in the gamers’ hands. No matter how interesting we make the cloaked NPC with the dragon tattoo at the end of the bar, the players may end up going shopping or to change their hairstyle. Videogames have a place in between the two as the story is already written, and allows for a certain amount of freedom, but everything that is allowed to be discovered or done lies already in the prewritten code.

It would then seem that due to the amount of freedom the players have in RPGs it would be extremely arduous to use the Chekhov’s Gun rule without placing the characters on the railroaded train of linearity. It can be, but it doesn’t have to.

How should we apply Chekhov’s Gun rule to our games?

To begin with, we will start with the easier section of the rule: If something isn’t necessary don’t add it. We as GMs often make use of this rule without knowing. If the players are going through a mansion and they open a door to a bathroom, we don’t take the time to describe every single thing that is in it. Unless there is something that is really out of place we just say “It’s the bathroom. There isn’t anything of importance here.” so the players don’t waste precious gaming time looking for clues in an empty room. A golden bathtub, in that case, could have stood out. Maybe it doesn’t have anything to do with why the player characters are there, but the fact that it is a valuable object may raise some questions depending on the story. It could even give emergent information (more details on that here) indicating the kind of personality the owner of the mansion has. Continuing with the topic, we could make sure to remove empty rooms in a dungeon if nothing was to be found there. This may be good up to a certain point, which leads me to the next talking point…

If we always remove all rooms that aren’t useful in an RPG, wouldn’t it be weird for players to find a room with nothing of interest? If this was to happen, they will think for sure that there was something in it they didn’t find with their X-ray vision or some magic item they missed due to a failed Spot check. Always following the Chekov’s rule may lead to metagaming problems in your game. My rule of thumb is to sometimes create few rooms that serve no purpose to create a sense of realism (there needs to be a shower room in a prison, and bathrooms in a castle). If player characters decide to investigate it I’ll allow it, but if they are taking more time than I want them to spend in there I’ll just state that they investigated it all and nothing was there to find. I may even add a gun in a locker room. Maybe it doesn’t have anything to do with the case and doesn’t serve a purpose to the story, but the players may find some use to it. In other words, RPGs sometimes need to add unnecessary stuff for the story, also known as loot. If you can create a reason for that object to be there, much better. The gun might mean that a prisoner found a way to get a gun in jail, which might make for an interesting reveal later in the story.

If you add something, make sure it is later used

As GMs, we often apply this technique. It may not always be used for items but by granting information to our players. If we state at the beginning of a campaign that the two empires are on discussions on who should keep the crystalline mine of Jupiter, we are planting a seed. If the two empires then go to war, we would have foreshadowed that event enough for our players to be aware that was a possibility. There are many other ways in which we use this rule. In a fantasy setting, we could state that the city of Seaport is home to a powerful artifact that prevents it from being attacked by dragons. If this piece of information is shared with the players, it would be a no brainer for a cult of dragons to then appear and try to steal and destroy this artifact. We informed the players of the gun, the gun is then fired.

Another thing that GMs should take into consideration as well is using the Chekhov’s Gun rule as a seed to foreshadow something even you don’t know. In a Star Wars campaign, the player characters may find a red lightsaber inside a cave from a forbidden planet, only to find out that it belongs to the BBEG. You can place an item in a campaign without knowing what it is going to be used for 30 sessions from now. You make a note for it, and you later surprise the players by having a bounty hunter seek them to recover the lost lightsaber Lord Entrius lost in an attack. This technique can often be used to create mysteries as well. A report on the newspaper said there was a forest fire amongst the many news. Three sessions later, the detectives find out that the serial killer burned the corpses in the forest, one time losing control of the situation. 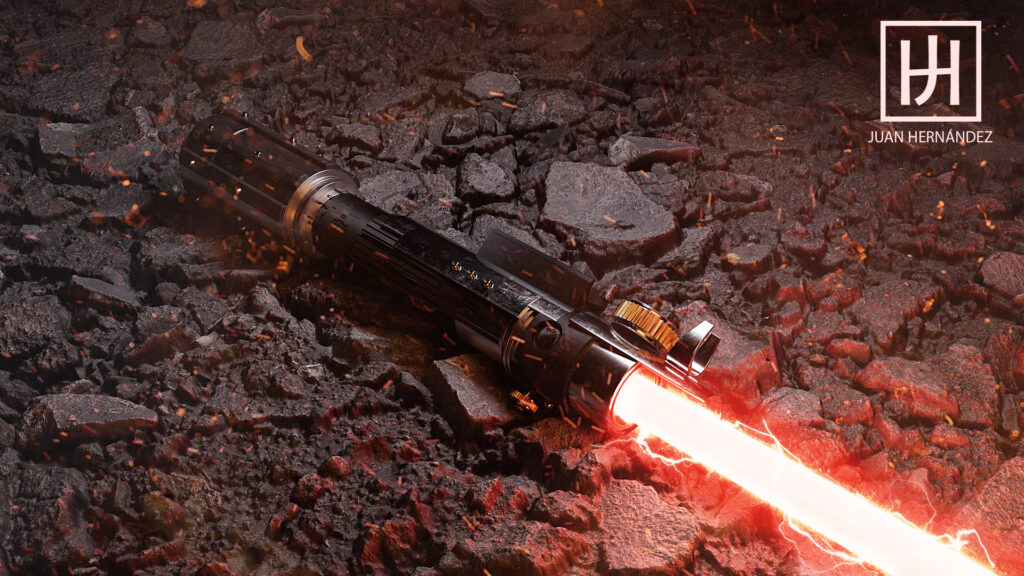 The Chekhov’s Gun rule is something often applied to media that we use in our RPGs without even knowing. Now that you know how it works, try to think about ways you can apply it or get rid of it in cases it would just make the story too linear. What’s more, make use of it when intending to foreshadow something. Just know that if you place the loaded gun over the table, you can’t just leave it there pretending nothing is going to happen.

How often do you make use of the Chekhov’s Gun rule? Tell me of the most memorable thing you foreshadowed through this method. Let’s share stories on the comments below!

Did the enemy find the gun and pointed it towards the character’s direction? It may be a great moment to create a cliffhanger! More on how to create the perfect cliffhangers,as well as their importance, by clicking here

Creating an Organization of Evil