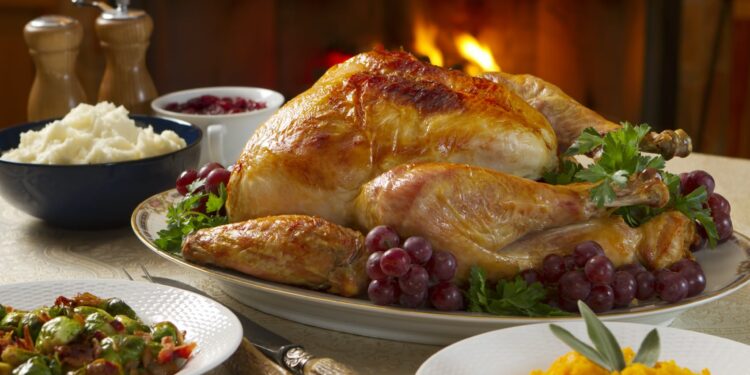 Here at Tribality, we’ve decided to provide our readers with Encounters ready to be added to your table. I’ll be creating new ones monthly for you to have a big collection to look through when you run out of ideas for your game. You can take a look at the index article with all of them by clicking HERE. If people end up liking the encounters we may start releasing them in easy to print PDF format.

The town of Giantville is known for having some variations from your typical animals in colossal sizes. This is a result of being a zone that is imbued with wild magic. It is for this reason that Giantville is known as a tourist zone. Once a year, those farmers that grew the finest and mightiest turkeys free them for mighty groups of adventurers to hunt. That group who gets the more points bringing giant turkeys is recompensated. Once the hunt is done, all participants, as well as the whole town comes together to cook the turkeys, creating this annual celebration.

The Hunt for the Giant Turkey

The players can find out about Giantville and its yearly game in the following ways:

The event takes place in the morning to have the hunted creatures used for the banquet being held the rest of the day. It is no more than a farming village, but they seem to have spent a lot of money in decorating it with giant wooden and cardboard models from the many animals in the town. Among the many activities to find during the event, the following stand out:

The organizer of the event is Magda Faine, a noblewoman that looks nothing like the townsfolk. She has a navy blue dress, adorned with multiple jewelry pieces, with a well-kept skin that clearly indicates she has never worked in the farm nor intends to. She carries a pink handkerchief everywhere (that seems extremely valuable to those keen on sight).

If the PCs already have rival adventuring guilds feel free to use them. If not, you can use one of the following two groups of adventurers, if not both. In order to be easier to the DM to manage many NPCs, it is recommended the amount of rival adventuring guilds is kept to two maximum, but if you think you can manage more than that go ahead. More rivals = more chaos, but it can stretch combat a bit too much. Be wary of that. 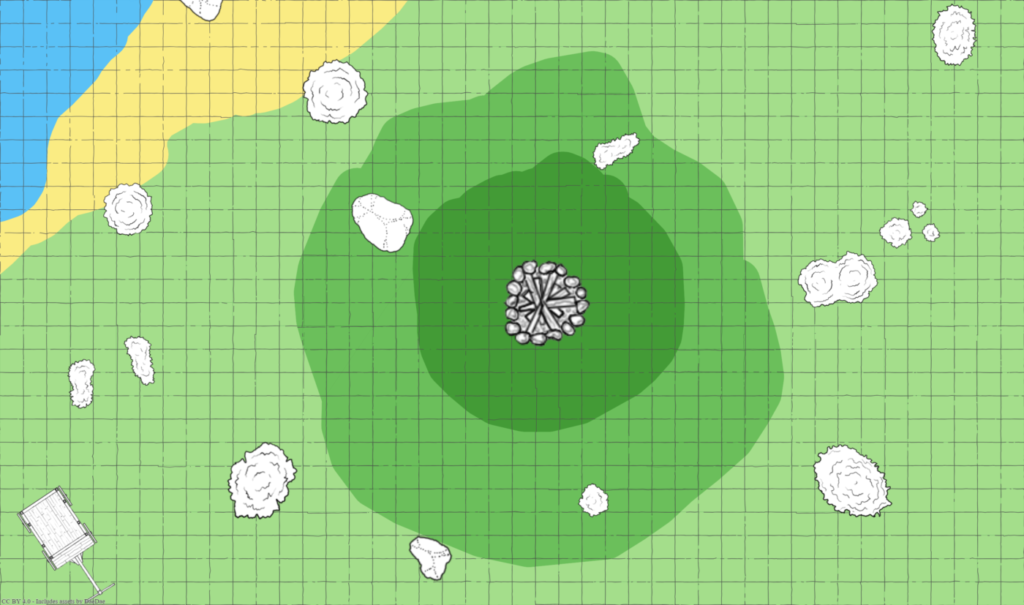 Light. As the event takes place during the morning, the whole area is considered well lit.
Wild Magic. Casting spells requires the spellcaster to roll a d20. On a 20, the caster must roll in the Wild Magic Surge chart (page 104 from PHB)
Giant campfire. The giant 10x10ft campfire burns up with an eternal ever flaming fire created by the raw magic in the zone. Creatures that end their turns 5ft from it take 7 (2d6) fire damage. Finishing the turn on the same space of the campfire makes the creature take 17 (5d6) fire damage.
Trees. Trees are either 10ft or 15ft high, easily climbable with a DC13 Strength (Athletics) check.
Bushes and rocks. Bushes and rocks are 5ft tall and can be used for cover.
Sand and water. Both sand and water are considered difficult terrain to move through.
Little hill. The little hill in the middle of the map is shown in two different colors to better illustrate the height. Going up the hill counts as moving through difficult terrain.

5 giant turkeys and 1 elemental giant turkey are freed at the start of the contestinto the battlefield. All turkeys will constantly attempt to run away from the contestants unless they see no other choice but to fight back. They aren’t tactical and work on their own. At the end of each round 2 giant boars are released to the battlefield as well. Each giant boar dies by getting hit by an attack roll or by failing a saving throw for easier tracking.

After all beasts are dead or 1 minute passes (10 rounds) the contest is over. Points are counted and the winning party is chosen.

The winning party earns 10.000 worth of gold pieces in gold billions. After that, all participants are invited for a free meal (tourists and those who didn’t participate in the contest still need to pay for the food). The meal served are the bests slain in the contest, cooked by famous chefs from all the region. This is also a great moment to roleplay with the other adventuring parties and have some bards approach the party to listen to the stories they have got to tell.