Brief Description of 5e Classes and Subclasses (Ideal to Show to your Players), Part 6 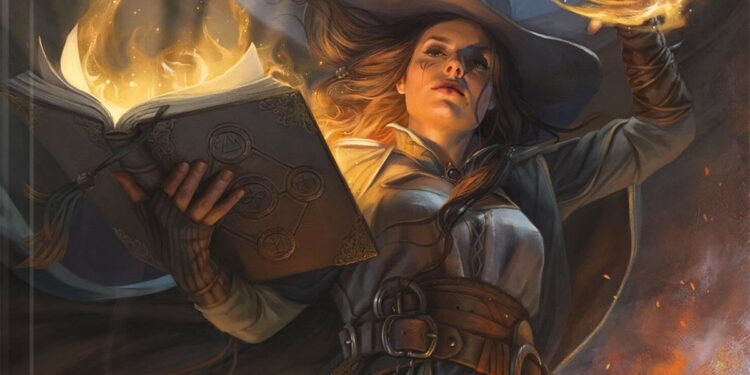 With the arrival of Tasha’s Cauldron of Everything, tons of new things have arrived to play with. I managed to get the subclasses as fast as I could and write brief descriptions for them so you can decide from the get-go if you are interested in the content from the book or not, or what to play from it.

Fulfill your dream of playing the Ironman equivalent in D&D! Your characters creates a full set of metallic armor to don and charge into battle. You can either decide to create a massive armor made to fight on close ranks or use a lighter one better suited for infiltration and ranged combat. No matter which one you choose, both are considered heavy armor, which becomes a conduit for your artificer magic.

Path of the Beast (TCoE)

This is surely the closest thing your character can play to feel like a lycanthrope. Embody the primal rage within you to the point you gain the physical properties of a beast. You can either gain a bite attack, grow claws from your hands, or grow a tail to deflect attacks against you. Jump or climb towards your enemies to unleash heavy damage, with the chance of making your surrounding allies’ attacks gain bestial power when you grow in level.

Otherwordly magic empowers the barbarian to the point it radiates wild magic out of it during its rage. It’s powerful, but random. The barbarian may end up shining blinding light. or summon weird creatures to move towards enemies and explode. This magic works not only in battle but can also be manipulated to detect the magic surrounding them or to lend part of the huge amount of it to allies for their spells.

Bards from this college become the masters of creation. This is done through the Song of Creation, which can be manifested through any artistic talent. They can create items out of thin air to solve problems, as well as animate objects to fight with them in battle. As this was not enough, bards of creation can make motes of magic appear that help allies in many ways.

Peace domain clerics become the pillar that unites all party members within it. They can create a soothing calmness while moving, healing allies on its way, as well as create links between their friends. These links allow all creatures connected through it to become more powerful when they act together, as well as teleporting each other to protect other linked allies from attacks.

Able to provide calmness in the dark for safe sleep, the twilight clerics are the ultimate protectors of their allies while in the dark. With the power from the gods, they can summon great bubbles of twilight energy that calm fear and charming away from allies. Additionally, they are fantastic watchers, able to see clearly up to 300ft in the dark, as well as being able to grant this ability to allies. If the enemy is far away these clerics can even fly while they remain in darkness.

Circle of the Stars (TCoE)

Druids from the stars’ circle are able to become one with the night sky. They carry star maps they themselves carve that serves as a guide. Once ready to transform, they can become beings made out of constellations, stars, and the night sky, with the changing constellations granting different abilities. The archer constellation is used to attack from afar, the chalice to better heal near allies, and the dragon constellation to become more cunning and intelligent.

Sometimes destruction is necessary for a sane recovery, just like forest fires serve a purpose in nature. That’s what these druids are all about. Wildfire druids channel the blazing fire energies from spirits of nature to create great destruction or heal with its warmth. These spirits of fire can be used in battle to move allies across the battlefield, as well as to attack enemies and heal when they become nothing more than a small dying flame.

Psi warriors are trained individuals in the subject of psionic. They use their minds to move both themselves and others wherever they please, as well as to stop attacks with the sheer power of their brain. This is only improved as they grow in level, making their attacks more powerful, becoming able to fly with their telekinetic powers, and moving objects and enemies much bigger than themselves in size with great force.

Fighters that carve runes from the giants on their gear can gain their powers, thus becoming rune knights. Able to choose within the powers from all giant types, they gain a great amount of variety in their abilities, ranging from transferring damage dealt against allies to enemies, to making their attacks hardly miss a target. Rune knights can also grow in size becoming much stronger and protect allies from attacks with the magic from the runes.

The way of mercy is all about becoming that who decides who is to be healed, and who must be destroyed, thus creating a balance. These monks become the equivalent of the surgeons from the medieval ages.  They wear masks and can focus their ki on healing those at hand range. These sanative energies can also be twisted to the point they hurt those nearby manipulating the ki. This way, besides dealing great damage, they can heal, cure, and even revive their allies.

Way of the Astral Self (TCoE)

Monks that follow the way of the astral self can project themselves to bring their astral projections (which don’t even need to look like the monk) with them. When used in battle, their astral projection appears as a portion of themselves that can manifest physically to hit enemies with attacks. Projections can attack from greater distances and manifest as masks on the monk to see in the dark and intimidate their enemies while protecting the monk from damage.

Oath of the Watchers (TCoE)

Paladins from the oath of the watchers are those that vow to protect our plane from the evils from other ones. They are all about seeing something as it really is and taking guard to protect the existence and their friends. With a great focus on defensive abilities and turning those who don’t belong, they are always ready for battle, being cautious and staying ready for battle.

Touched by the energies of the fey and the Feywild, these rangers become charming otherworldly individuals able to channel those extraplanar enemies when they wish. Their attacks are imbued in dark energies from the gloomier parts of the plane, they can redirect both fear and charming effects, and be charming enough themselves to get away with anything. If they are ever in enough danger, fey wanderers can also summon fey beings to help in battle or solve problems.

Swarmkeepers develop a strong connection with swarms of anything they like, be it pixies, flies, or even bats. These follow the ranger’s orders and can move enemies from where they stand, deal extra damage, or even move the swarmkeeper itself, to the point of being able to fly by letting the swarm carry their bodies. Once the swarmkeeper gains an even deeper connection with the swarm, it can become one with it, allowing the ranger to easily avoid attacks.

Phantom rogues have a strong tie with death and the realms associated with it. They either died and came back, or had a life-changing event that heavily tied them with the end of one’s life. Phantoms, can learn skills from other spirits and wail while attacking their foes to psychically scar those at a distance. Upon killing their victims, phantoms can create tokens out of their souls, enhancing their life with it and interrogating the spirits in them for answers.

Soulknife rogues are the ultimate assassins, killing their targets without leaving traces behind. Soulknives can project psychic blades with psionic power out of their mind. These blades can be thrown or used in melee to directly pierce their enemies’ souls, leaving no mark in the body. This psionic energy can also be used to mask themselves, thus becoming invisible.

Aberrant mind sorcerers go all in with the lovecraftian theme, becoming slimy, terrifying creatures themselves as they grow in power, to the point of squeezing through 1-inch spaces. These sorcerers can communicate telepathically to other creatures and cast all sort of tentacly, mind-warping spells. In addition, these properties grant the sorcerer the chance of using psionic powers to cast these weird spells easily, protect themselves from mind-bending attacks.

Deeply connected to the forces of complete neutrality and law, clockwork souls yearn to maintain balance. Things are to stay as they are for these sorcerers, without room for change. If someone has an advantage or disadvantage over other, these sorcerers can nullify that, as it breaks the natural order. They can prevent attacks from damaging as well, and make all rolls as neutral as possible, making all rolls below 9 equal to 10.

The fathomless is an entity warlocks can make pacts with. These are cosmic entities or from the deep seas, granting the ability to summon magic giant tentacles from the ground able to hit enemies. These otherworldly entities also give the warlock the possibility of breathing underwater. As the warlock grows in levels, it becomes able to summon even more tentacles and to have those tentacles swallow its allies to get them out from danger.

Warlocks from noble genies. These spellcasters gain the powers to become something that is very similar to an actual genie. They get a vessel to use as its “magic lamp” that they can decide, learn spells depending on the genie type they chose as a patron, and gain abilities from them. Genie warlocks can invite party members to their vessel where they can rest protected, become resistant to the patron’s element type and even at higher levels cast limited wishes.

Wizards from the order of the scribes are the most wizardly wizard from the bunch. They are characters that are always writing with their magic quill in their spellbook and scrolls. The spellbook also becomes sentient through their magic, becoming intangible and behaving in a similar manner to a familiar. Being this great at writers, these wizards can also create spell scrolls that only they can read to use throughout the day, or even create your typical magical spell scrolls for party members to cast magic from.

Are you looking to have all these descriptions in one single place without the constant need for an internet connection? I created a product just for that! It is called Candlekeep’s Guide to Adventuring for Novices. 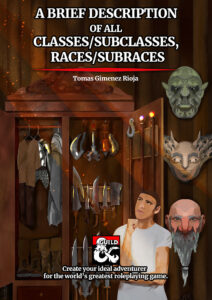 Tasha’s Cauldron of Everything Breakdown, Part One