Brief Description of 5e Classes and Subclasses (Ideal to Show to your Players), Part 5 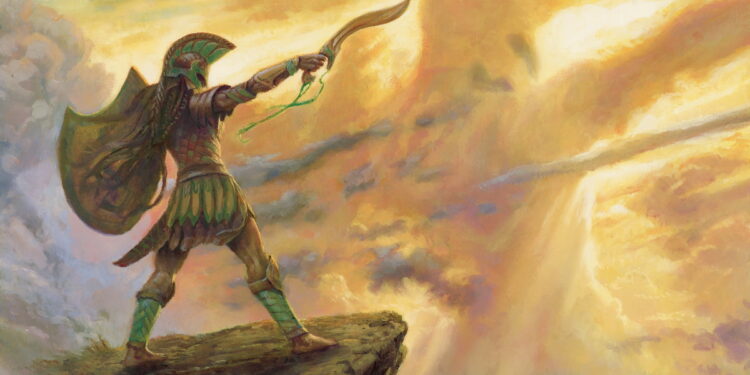 With the arrival of Mythic Odysseys of Theros we received new subclasses and races to talk about and add in to the series. They play mostly with the stereotypes portrayed in Greek Mythology and their connections to gods. However, they can be easily implemented into any of your games.

A true jack of all trades; a bard can cover great amounts of ground when speaking about what they are able to do. A performer at heart, an inspiration to its allies, but above all a foul-mouthed to its foes. With its great charisma, his/her voice becomes its greatest weapon.

If you are looking for the bard with a gold tongue, the diplomat, and the one who fights through his speech then look no farther. Bards from the college of eloquence serve greatly as party leaders due to their inspirational speeches and those cutting enough to confuse their foes, opening spots for attacks.

A paladin is a person guided by an oath, their force of will and devotion so strong they are granted the ability to cast spells to smite their foes. They fight for justice and righteousness, with the idea of following their oath and ideals to the very end. For this, they use heavy armor to be front liners and protect their allies.

Paladins who swear this oath are destined to become living legends. Their power is not shown by their words but by their actions. Are you looking to play the classical hero portrayed in heroic mythology? This is the paladin who looks at danger in the eyes and runs towards it looking to create a tale out of their deeds.