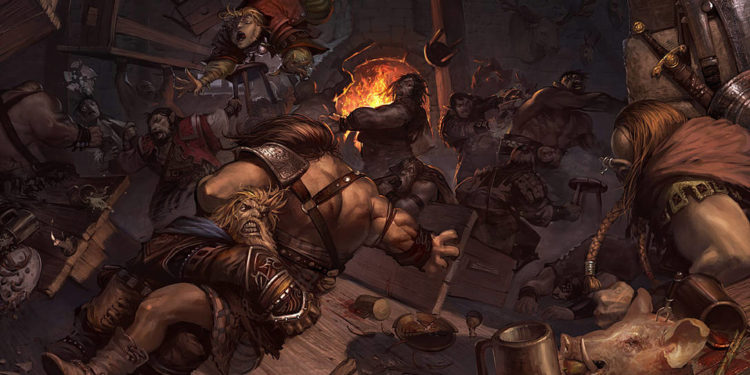 As a DM it’s my goal to create a believable world for my players to explore, interact with, and change. Their actions shape the campaign as much as the NPCs and encounters that I built. One way you can add additional detail to your world, and potential offers for players to pick up on is through the use of rumors. Today we’ll look at using rumors in a TTRPG.

Rumors are tools that the DM can use to build out the world and to incentivize going back into town for more than selling loot and buying items. They are also a great way to incorporate NPCs from player backgrounds (such as the contact provided by the Criminal/Spy background in D&D).

Rumors should try to accomplish the following:

As a DM you can use Rumors to plant clues for where the players should go next, set up future conflicts, introduce a soon-to-be important NPC or just send the players on a wild goose chase. I like to give out more rumors to my players than I have encounters planned, as not every rumor is going to have truth behind it.  I use a ratio of 80% of the rumors are truthful, or nearly true and 20% are fabrications, lies, or deceptions.

What Makes a Good Rumor?

A good rumor could have two elements:

With an emotional hook, you can guarantee that a player will become interested in pursuing the rumor. Think about the character motivations in your group and what you can use to lure the party to go after a rumor.

A character who desires to be famous could be motivated by a rumor saying that a legendary monster has appeared in the area, or that an undefeated champion is taking challenges from any who think they can beat him.

Try to keep the rumors as brief as possible. This gives you room as the DM to shape the encounter to fit with when in the campaign the players decide to pursue the rumor. Vagueness also creates a kind of tension as the players might go in with only very sketchy information.

Here are some rumors that the players could gather from a tavern from a recently concluded campaign I ran:

Incorporating Rumors Into Your Campaign

There are a few ways you can incorporate rumors into your campaign. For all of them, I recommend building a simple rumors table that you can roll on, or already assigning them to a player to find. The second option is great for player-specific side quests that you might want to send them on.

Gathering rumors can be a downtime activity that players can choose to do, or you can introduce them via communication from an NPC, or even have guards or merchants offhandedly mention them while the players are in earshot.

I particularly like using rumors in Act II of the campaign where the dramatic action is rising and the players have earned a bit of a reputation in town. NPCs might specifically seek out the players after hearing rumors about some lost treasure, or a newly found ruin, or a strange monster sighting.

How have you used rumors in your campaign? Any awesome stories from the resulting adventure? Leave them in the comments below!

Art is Tavern Brawl by velinov