How to Use Side Quests to Deliver Exposition 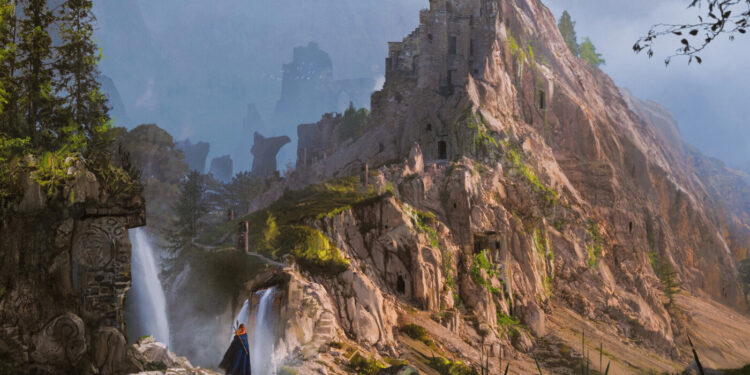 Today, as part of our ongoing series on side quests, we’ll take a look at how side quests can help further the main throughline or quest of a campaign by delivering important information to the party.

You can check out the rest of the articles in the series here:

Exposition is defined as a description or explanation of an idea or theory. Most often in fiction exposition is information that involves worldbuilding, such as histories, explanations for how magic works, and who an NPC is.

A good amount of exposition is necessary to give critical information for an event or character in a story. It can create stakes by giving the context for why something is important and what the consequences of that thing being lost, or gained, or an event playing out.

Sometimes exposition is derided as often it can appear as an infodump where a mass of information is given all at once so that it is unclear to the audience why the information is relevant.

For exposition to work it needs to do two things:

How does Exposition in a TTRPG differ from that in a novel?

A tabletop roleplaying game is not a novel, so the exposition needs to be treated differently. Enough should be given to the players at the beginning of the quest for them to:

Exposition is not description, which builds a sense of verisimilitude and helps the players imagine themselves in the game world. Rather, exposition is the key bits of information that they need to know at any given time to make decisions about how they will play and what they will do.  There can be some overlap between the two.

Here’s an example to help clarify what I mean:

When preparing for a game, it can be helpful to have noted the key exposition that the party needs to leave a scene knowing. This is especially helpful in an investigation adventure.

Why use a Side Quest?

A side quest offers opportunities to add exposition about the main quest without focusing on the main quest. It can be a way to expand the world beyond the narrow track of the main quest and give the players a chance to discover information by using elements from their backstories.

Players will often have their interest piqued by some small detail of the world and want to investigate. By adding some main quest exposition, you can organically bring them back to the main quest while honoring their interest in the side quest.

The exposition you give can be as minor or major as you see fit. It could be given as a reward for completing the side quest alongside any bonus loot or resolution of a character thread.

Next week we’ll take a look at using side quests to genre-hop. If you missed the other articles in this series, check them out here:

How do you like to deliver exposition in your campaign? Tell me in the comments below!