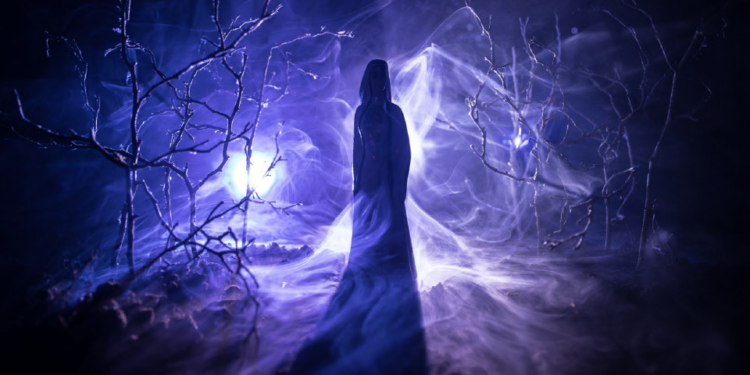 I’m a big fan of MT. Black’s work, so it was a no-brainer for me to grab the review copy of The Secret of Strangelight Hall the moment the review copy came to us. I gave it a read and ran it this past weekend, and I think it might be the best dungeon from MT I’ve run? Let’s talk a bit about it!

As I’ve done with the previous adventure from him I reviewed, I’ll try to review it as best as I can without spoiling too many surprises, but there will be mild spoilers ahead! YOU’VE BEEN WARNED!


The Secret of Strangelight Hall Review

When the town’s wizard mysteriously disappears, as well as her servant, only her manor remains behind. People in Strangelight Village start to worry about her and find a group of adventurers to investigate what transpired.

The adventure is made to be one of those dungeons full of tricks and things you can find in every corner, which is something MT Black really stands out in when designing these adventures. If you have played the Death House introductory adventure (which you can try out for free if you haven’t), then you might find some inspiration coming from it. This dungeon might not be designed to be a Halloween adventure, but it can very well be with the proper descriptions and ambiance created by the DM!

The adventure has the players delving through the dungeon, avoiding traps, and collecting loot. Nevertheless, it never feels like the dungeon aspect is forced into the mansion. It does really feel like a normal mansion that for some reason became filled with traps. It’s up to the players to discover what transpired and join all the dots, concluding in a very satisfying final battle.

Let’s start talking a bit about the traps though, which are the most interesting element from the dungeon in my opinion. When I say “traps” I mean any sort of surprise the PCs might encounter in the mansion. Every single room has at least something to surprise the players with. Every time the PCs entered a new room they’ll ask me to describe it and instantly focus their attention on one of the described things as if they were pushing red buttons in every room. You never know what may transpire when interacting with anything, which adds a ton of fun and tension to the dungeon!

One thing that I want to stand out though is the way MT Black designs traps. They never feel unjust. If you trigger a trap and it does something harmful to your PC, there’s always something that would signal that doing that specific thing was dangerous, or a way to learn that before putting your finger in the wrong place. This means that the dungeon rewards thinking out of the box and critical thinking, which is something I absolutely adore in game design.

This is a big spoiler so if you plan on playing it, stop reading right now!

When the PCs enter the mansion, nothing will make much sense, but that’s something to be expected from a wizard’s manor… Right? As the PCs keep going through the many rooms (21 total!) they’ll slowly begin to realize the whimsical and trickery theme in it. Something is wrong here.  Fortunately, the dungeon uses environmental storytelling to help the players understand what really went on so that when they get to the final room everything will click and the mystery is solved!

I can’t talk about the theme without mentioning the final battle! You fight an avatar of the god of trickery, and my god is it full of tricks! That battle is made to surprise you. The tricks pulled off by the enemy in the middle of the battle had my players burst out laughing. It feels very different from your regular encounter as it catches you off guard. Definitely a memorable moment!

Even though the adventure is all about the mansion, chapter 1 includes a brief introduction to the village of Strangelight, which you can definitely steal for your own setting. It doesn’t include much, but the tavern being the place the characters will be the most interested in is filled with interesting and fun to run NPCs that will provide useful information for the players.

The dungeon does come with its own random encouters as well. These do add a bit more to the story or give an extra chance for the players to find out something about the story in case they missed something.

The way the dungeon is laid out is really well done as well. You always have more than one way you can go forcing the characters to take decisions. Choosing one room before another might mean that the players could fight against one monster before knowing its full story, only to understand it later.

MT Black has recently changed the way he presents PDFs, making them simple enough so that you can print them without expending much ink. It’s properly divided into chapters for the DM to easily jump from one room to the other. The only thing I will criticize (but this is a personal preference) is that I like seeing the room on the same page that it is described on, and this adventure has the map on a single page, with all the rooms being described later. This forces the DM to constantly be jumping from one page to the other if you don’t have it printed out. The indexed chapters do make this problem much less of a nuisance though.

The adventure comes with all the monster stat blocks it uses, including new monsters that aren’t even in the D&D books. This section is definitely created to be printed out for ease of use. Magic items are added in as well. There are many of them in this adventure, but nothing that will totally make the characters OP in my opinion.

All in all, this adventure is excellent to run those times a player can’t make it to the session, you want to run something different, or if you are looking for a goofy dungeon to insert at the beginning of your campaign. MT Black’s work keeps getting better the more he designs, and this adventure is a great purchase if you are looking for a spooky dungeon to throw at your players in your Halloween session.

It took me 5 hours to run the adventure, but we took a bit more time than expected in some sections, and we had to speed up the ending as one of the players had to leave. I imagine the regular playtime might be from 4 to 6 hours to complete it.