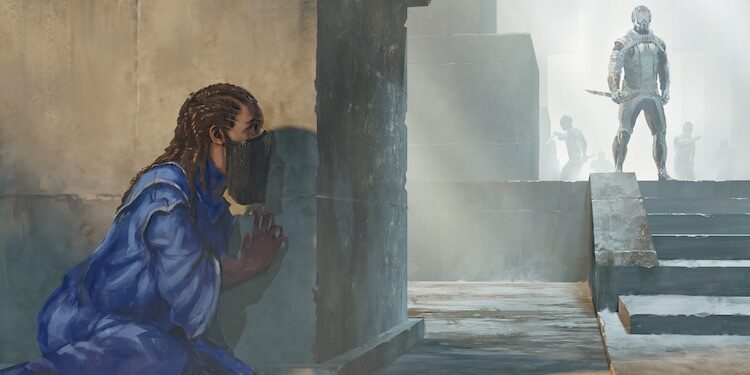 Modiphius Entertainment today announces a new product in their best-selling Dune: Adventures in the Imperium line — the Masters of Dune campaign book. This upcoming adventure can be played as a standalone campaign or in conjunction with the Agents of Dune boxed set.

Continuing the alternate “What if?” scenario begun in Agents of Dune, the stakes become higher as deadly enemies seek the downfall of your House to claim Arrakis and the power of spice for themselves. The player characters must leave the desert world of Arrakis and travel across the Imperium to get the support they need to fight their enemies. As each section of the campaign can be played through in any order, it is very much up to the players to decide on the best plan of action and lead their House into glory or destruction. 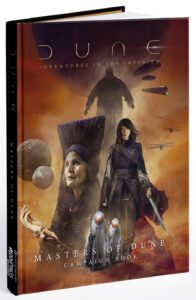 Masters of Dune is an epic 166-page campaign that can be run on its own or as a continuation of the Agents of Dune boxed set. Play as the renowned House Nagara or create a new House of your own to tame Arrakis. Over the campaign’s nine explosive chapters, your characters will:

The wealth of Arrakis may be yours, but you will have to fight to keep it. Every choice you make will determine the future of your House, for good or ill. Will you fall to ruin on the sands of Arrakis, or are you strong enough to survive and become true Masters of Dune?

While Masters of Dune is a complete adventure, you need access to the game rules to play. The Dune – Adventures in the Imperium Core Rulebook has these rules in their complete form. However, the Agents of Dune campaign box contains all you need to play.