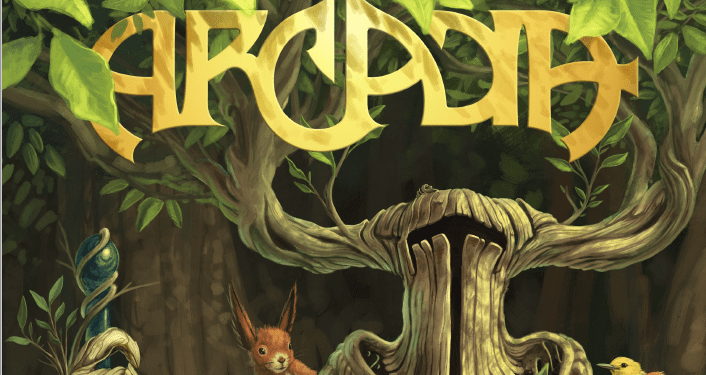 So we have reached issue 20… Wow… I’m surprised I’ve been doing breakdowns for so long. Still, There’s a lot to like about each of these issues. For instance, let’s take a look at the wonderful cover! This sort of guardian of nature looks rad! It definitely should be your inspiration for your next Paladin Oath of the Ancients! Let’s see what the issue has in store for us, shall we?

@wildrosemage
Since I’ve begun reading her stuff, Hannah, has always impressed me with her products. It was no surprise to be greatly impressed by this subclass as I was reading it. The Shieldbearer is a fighter subclass that uses the shield as its main weapon. While most might consider Captain America as the inspiration, she tried to make it fit the style of gameplay that the Hades videogame aegis plays like, as well as having it feel like a shieldmaiden sort of archetype. I do believe it hits all of those marks, but what about you? Let’s see what the subclass has to offer:

The article includes two other things within it: non-magical and magical shields, and a new retainer. I don’t have much to say about the retainer, other than it seems like a great sidekick to give the players that perfectly captures what the subclass is about (and the art for it is DOPE). On the other hand, you have the magical shields that do the kinds of things you would expect from magical shields, my favorite being the ram shield that is made to break down doors and walls.

What I enjoyed the most, however, were the non-magical shields. There are 6 different types of shields: buckler, bladed shield, heraldic shield, lantern shield, spiked shield, tower shield. They all have some special ability to incorporate to your PC, as well as different prices. We are used to having magic items being the things that can make our characters more unique mechanic-wise, but having cheap non-magical options allows players to better personalize their characters to the playstyle they enjoy the most. 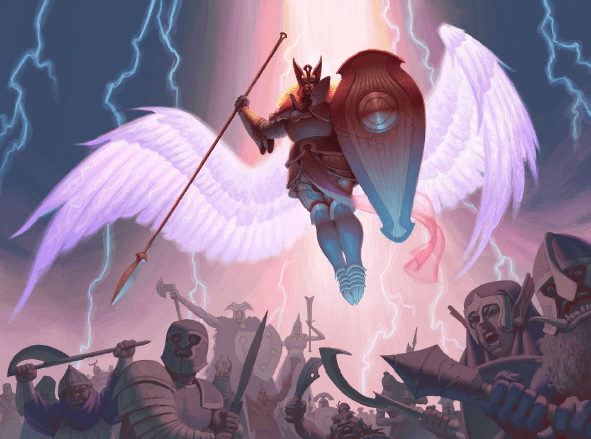 @crypticparlour
More NPC goodness that serves as a continuation of Arcadia Issue 18’s article. This is an excellent article to always have in hand when trying to create new encounters. There’s plenty to choose from and to inspire you. All NPCs come with some text that gives some description of the monster, with some of them explaining their behaviors. Only one of them includes a clear strategy on how to use the NPC effectively, while the others don’t. I am not sure why they decided to do this, but having that explanation on how to better use the NPC, or at least how it was designed to be used is always a fantastic addition. I would love for more of these “monsters” to have them!
This NPC Appendix includes the following NPCs:

I’ve got to say that after reading the first NPC Appendix (which was amazing!) this one fell a bit flat in comparison. Not that it wasn’t great, but two out of the reduced list of NPCs I found to be a bit boring. The dragon priest feels like a modified cultist, just like the dragon slayer feels like something that isn’t that different from your “veteran” stat block. Mind you, they both work great when you are trying to cover those specific things in an NPC, but when compared to what seems to be super fun to run “Hero”, or Gish, the first ones look a bit basic. The Hero might be my favorite addition, as it seems to be something similar to the Diablo 2 barbarian that jumps, shouts and attacks everything. They can even STOP A WEAPON WITH THEIR BARE HAND, HOW COOL IS THAT??

Lastly, there’s the Polymath, and the Saint; the two big complex stat blocks for high level tiers. The Polymath is something similar to a rogue character with the paranoia of a beholder. They create traps that can be activated to mess with the players in their lair. The lair actions seem incredibly fun to run, and I’ll surely steal a few. The Saint, on the other hand, is something similar to a demigod. They can kill mere mortals just by frowning a bit, or disintegrate them by shouting a holy word. 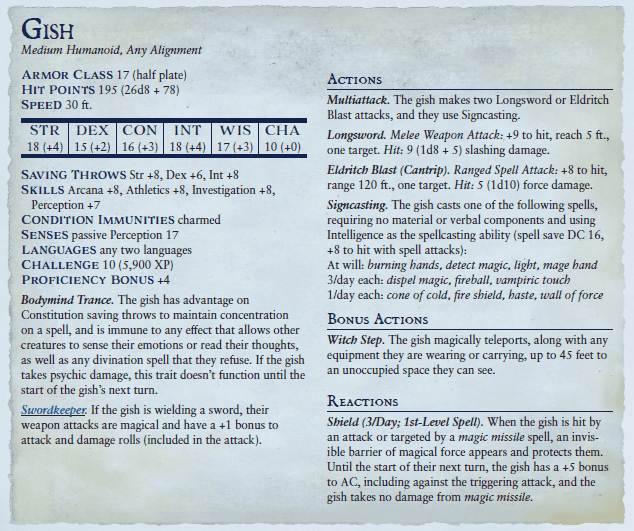 @cconowitch
If you have been reading my breakdowns, you may know by now that these detailed locations, organizations, etc to easily plug into your games are my favorite out of the Arcadia issues, and this one is no different! The Scribes details a secret organization that is behind everything, making dull stories become interesting, twisting how events might occur in the world to create great stories. After all, everything that is happening, every single individual, is part of a book that can be found here, guarded by a celestial people call “The Librarian”.
The organization is divided into disciplines, each of them containing one main NPC that represents it with its own personality and quircks. Each discipline is in charge of the writing of certain stories in the books, ranging from simple future events (which are often “rewritten” to be more complex), to forbidden love stories. The writers are those who decide to follow this deity and help the organization, maintaining the status quo, and making sure that the scribes’objective keeps going forward. The article made it so that you can make the Scribes a good, neutral, or evil aligned organization. It mostly depends on which focus you want to give them. Are they manipulating history for their own benefit? Or is it just because they want to have fun?
The article then provides us with a description of the many rooms inside the “Vault” where all knowledge is kept, including its many rooms, how interviews to join the ranks are carried out (in case your players want to join the organization and climb the ranks. You can take inspiration from my ranks climbing mechanic from another article). Additionally, there’s the records room, where you can find about the life of any living being. How can a GM give that information to the players, you may ask? The writers created a template with blanks that can be easily filled by asking questions to your players (making it player-driven), as well as a table with 20 different texts you can use for the record. As this was not enough, the article comes with adventure templates to run many adventures working for the Scribes, making it extremely easy for the DM to prep. 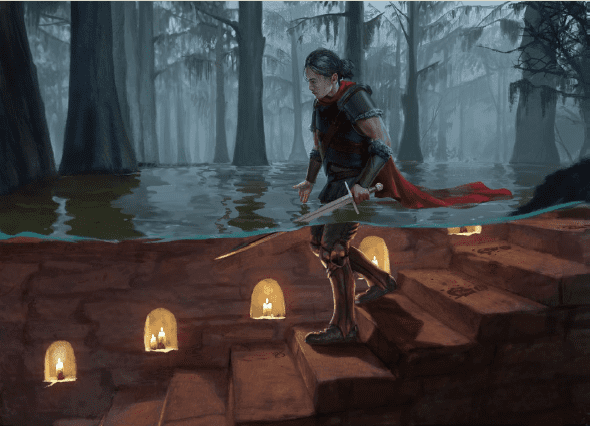 It’s becoming a bit repetitive after 20 issues, but again, this is one of those issues you can’t miss! The Shieldbearer subclass is one of my favorite so far and definitely one I will be playing some day, the NPCs, while not as strong as its first iteration, still have excellent content to collect and drop at your players when you need some NPC template for the goblin you just created. Lastly, there’s the Scribes article, which is just fenomenal. Nevertheless, considering how big of a presence The Scribes have in a setting, I believe it can be hard to insert them in an already existing one. Now, if you are planning on creating a new setting from scratch, then you should definitely consider adding them!

What are your opinions on this issue? Is there one article you preferred over the other? Do you disagree with me on one or more of my opinions? Which adventure are you planning on playing the shieldbearer on? Let me know all about those things in the comments below!