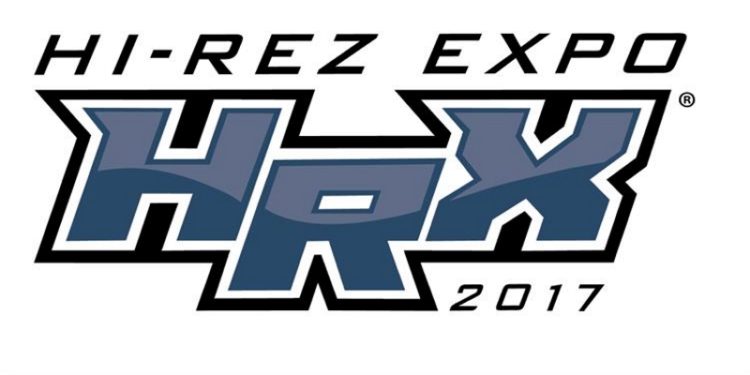 If you know what HRX is, then we should talk about this past weekend. If not, I am not surprised. HRX is the Hi-Rez Expo, a four-day convention put on by, and celebrating, Hi-Rez Studios, a Georgia-based video game company. You might remember them as the company behind the woefully underappreciated Global Agenda, or as the team behind Tribes. These days they are known for their fantasy MOBA (multiplayer online battle arena) Smite: Battleground of the Gods and their squad shooter Paladins: Champions of the Realm. The expo was also a public demo experience for their newest games – Smite Tactics, a card-based tactical battling board game, and Smite Rivals, a card-based tower defense mobile game. While this was a celebration of all their titles, the real draw was the event also serving as Championship Weekend for Smite (PC), Smite (Xbox), and Paladins (PC). This was the majority of the weekend, but it was also the most exciting part of the experience. Smite is just so much damn fun to watch and play.

Before I get to the nitty gritty, let me give you some personal history. Way back in the before time, in the long, long ago, I was a pretty good League of Legends (LoL) player. By pretty good I mean I was good enough to get the highest end of season rank available at the time, back in season one (I was a beta player). I watched a lot of pro play, as I often ended up playing those guys when I was solo queuing for ranked, when they would just stream on their own, as individual members. Up until then, I didn’t ever really watch streams. I kind of believed playing video games was where I got my enjoyment. Boy, was I wrong. As it turns out, I liked both watching and playing video games. Even though I quit LoL in season two (one of the game’s third party programs that is automatically installed blew up my RAID array and I rage quit, refusing to install the game again while the program remained), I still would watch the big tournaments.

Before my time with LoL, I was a winner of two EverQuest PvP tournaments, and a multiple gladiator and former rank 14 in World of Warcraft. Post-LoL, I followed a similar path with Hearthstone, reaching Legendary in season 2, and then quitting after a bunch of changes made me sad. I recently picked up Hearthstone again, as it was a game I could easily play and interact with post-surgery. The UI on that game is just incredible, no joke. There are times I regret not going into streaming as a potential career, but it’s probably ok that it passed me by. The point is I am a pretty competitive person at times, and I have a ton of respect for professional players. The fact that Turner, Disney, etc., are all getting into the E-Sport scene has me so excited for the future… and feeling like something of a hipster because I am already past my prime (probably). Anyway, it’s important to understand my history to have my next statement make an impact. Smite is probably the most exciting game I have watched or played, and the competitors are just so unbelievably skilled it blows my mind.

LoL is a traditional MOBA, providing a top down view, relying on your mouse to move, and your QWER keys being tied to abilities (yes, you can remap). A lot of the skills are auto-hit skills, you click the target and hit the button and it connects, but many are skill-shots, you have to aim the skill and you can miss. The games often last quite a while (over an hour isn’t uncommon), and a lot of it is passive play that requires total system mastery. Knowing just how the laning, zoning, warding, etc., should play out is crucial. While it isn’t required to enjoy watching it, it helps to know a lot about the game to get the most out of the experience.

Smite, on the other hand, plays more like an action MMORPG. It’s behind-the-character 3rd-person perspective, it plays with ASDW key movement and 1-4 abilities (yes, you can remap), and every single ability, including basic attacks, are skill shots. What’s neat is that spectator mode lets you watch the entire game as if it was a more traditional MOBA, that top down view, but even then the action is very fast-paced and the precision skills and movements are observable by even the most casual and newest of players. I know this for a fact, as two people with either limited or no exposure to the game went with me this weekend to HRX, and they were insanely into what was going on. When you watch someone dodge skill shots, counter with their own, and see the speed of the turn about, the skill is simple and beautiful to behold. From talking to people at HRX, a lot of people were brand new to the game, having been there for Paladins, or just because friends were going and conventions are fun. You would not be able to tell it from their enthusiasm. It was absolutely crazy to be in an arena where the place was packed (about 3k people) and the crowd was going wild. The place would explode when a killer play was made. It really felt like a sporting event with die-hard fans. It brought a tear to my eye.

The expo itself was four days of absolutely positive experiences. The cosplay on display, much of it provided by Blue Whale Studios, was great. What was neat is that it was all themed from the Hi-Rez properties, so it was people who had mutual hobbies, and a passion for the IP. Unfortunately, the weather on Saturday turned south, so the cosplay contest was cut short, but I had the chance to talk to just about every one of them I saw, and they were all incredibly nice. I make props and costumes for people in my spare time, so it was cool to show off my own work to positive responses, and just talk shop with other people. Trading secrets and gushing over cool techniques and looks was super fun. There were probably 20-25 cosplayers, which is good, considering the weather. I am considering a Vulcan outfit for next year. We’ll see. What is also neat is the the cosplay community is enthusiastically supported by the staff. Two staffers are big cosplayers and create their own stuff. It’s great to see community engagement.

I can’t say enough good things about the Hi-Rez staff. I brought my 10-year old nephew to the event for a day. He loves video games, especially stuff like Hearthstone, Overwatch, and Heroes of the Storm. He likes a lot of other stuff, as well – Minecraft, Roblox, Undertale, Mortal Kombat, you name it. The point is, he likes games, and ones similar to me. He was absolutely giddy over the new mobile game from Hi-Rez, Smite Rivals. We got to play it quite a bit in the demo hall, and the dev team was all standing by to help. After I pointed out the devs to him, he made sure to rush over and tell him how much he loved it. The dev team took time out to discuss deck strategy with him, commenting positively on all his choices. Later on, a different dev was helping a new player play against him, and spent the time to discuss the match and his choices, and congratulate him. When it was clear my nephew was a big fan, the same dev went and got him a shirt. He was over the moon the rest of the day, and could not stop talking about how great the game, company, and employees are. It was just an incredible experience for him, and it was totally because of the staff.

This is a little, dedicated community at the moment, but it’s just going to get bigger in the future. I could have kept watching games and coming to the expo for another few days, easy. Even though I was often just watching matches, I feel like I did so much, talked to so many people, and was in the midst of everything all the time. For now, I will refrain from talking about the matches themselves, but get ready for a lot of analysis as Smite season four kicks off. It’s going to happen, and it’s going to be spicy.

As a closing note to D&D fans, the expo is totally filled with our people. There is a big cross section of people that love the mythological approach of Smite, video games, and D&D. Even better, this is a young crowd to mingle with and get new blood into a beloved hobby. It’s win-win for everyone to see mutual hobby support. I’m still holding out hope for D&D god skins for Smite, at some point. Lady of Pain skin for Nox? Paladine skin for Ao Kuang? Kelemvor skin for Osiris? Yes, please. Take my money.

If you want to hear even more about this stuff, and catch some of my ridiculous personal blog stuff, be sure to follow me on Twitter @standsinthefire