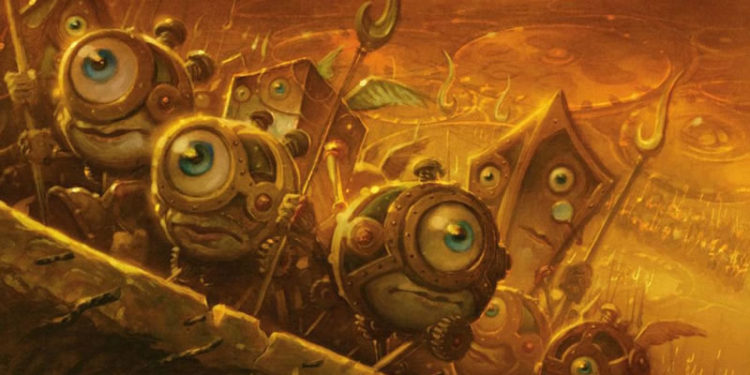 Wizards of the Coast (WotC), has been using codenames for their upcoming products for quite a while to prevent fans and competitors from figuring out what’s in their pipeline. In the past, we’ve seen codenames such as “Labyrinth” (Tales from the Yawning Portal), “Dust” (Tomb of Annihilation), “Midway” (Xanathar’s Guide to Everything), “Cloak” (Curse of Strahd), and “Dagger” (Storm King’s Thunder). These codenames usually lend a vague idea of what the product will be, but they are just as likely to confuse fans.

“Marathon”, “Broadway”, and “Catacomb” are the latest batch of codenames for us to wildly speculate about. I’m not even going to pretend to have answers, but I will take a look at the few facts we have and what other people are seeing in their crystal balls. These codenames were just released earlier this month and we don’t know much about what each of the specific codenames represent, other than all three are hardcover books (and a set of dice like we saw with Tomb of Annihilation).

We do know from past experience that WotC likes to throw a few details about their upcoming products at Gamehole Con, and 2017 was no exception. What we learned from a panel featured Chris Perkins and Mike Mearls included:

You can listen to the State of D&D panel thanks to Nerd on Earth or read the recap on the EN World forum.

The specific details we have on the books come from ENWorld forum user Sean who found details on these upcoming items on McNally Robinson, a Canadian bookstore’s website. Here are the links to check them out or you can see the full details below.

A fantastic treasure trove is yours for the taking in this adventure for the world’s greatest roleplaying game.

Famed explorer Volothamp Geddarm needs you to complete a simple quest. Thus begins a mad romp through the wards of Waterdeep as you uncover a villainous plot involving some of the city’s most influential figures.

A grand urban caper awaits you. Pit your skill and bravado against villains the likes of which you’ve never faced before, and let the dragon hunt begin!

“Waterdeep Dragon Heist takes D&D back to civilization in an environment which encourages a lot of roleplaying,” according to Chris Perkins. “A lot of the inspiration was from things like Ocean’s Eleven and The Italian Job in a city environment. Where the goal of the adventure is to try and find a trove of treasure and keep it out of the hands of villains.”

This book’s release date matches up with the November Player/DM resource book, but it a little heavier in page count that even the longest similar book, Volo’s Guide, which had a page count of 224. There has been some talk of a campaign setting book, but guessing by the name – many people are expecting this to be some kind of an Undermountain adventure. The last time I saw an Undermountain book was 2012’s Halls of the Undermountain for 4th edition. There has also been talk of moving to one big adventure a year, so this could even be a campaign guide with player options and world specific rules and a starter adventure for DMs.

Update: It looks likes the guesses were right and we’re heading to Undermountain.

The Greatest Dungeon of Them All

Explore the mega-dungeon of Undermountain in this adventure for the world’s greatest roleplaying game.

In the city of Waterdeep rests a tavern called the Yawning Portal, named after the gaping pit in its common room. At the bottom of this crumbling shaft is a labyrinthine dungeon shunned by all but the most daring adventurers. Known as Undermountain, this dungeon is the domain of the mad wizard Halaster Blackcloak. Long has the Mad Mage dwelt in these forlorn depths, seeding his lair with monsters, traps, and mysteries—to what end is a constant source of speculation and concern.

This adventure picks up where Waterdeep: Dragon Heist leaves off, taking characters of 5th level or higher all the way to 20th level should they explore the entirety of Halaster’s home. Twenty-three levels of Undermountain are detailed herein, along with the subterranean refuge of Skullport. Treasures and secrets abound, but tread with care!

Let the speculation begin! Tell us what you think the next D&D books from WotC in 2018 will be.

But wait, there is more. The D&D product news blitz continues. According to an exclusive on Comicbook.com, “Dungeons & Dragons plans to announce several additional publications in 2018, which will add new campaign settings for players that don’t take place in the Forgotten Realms.”
Campaign Settings Coming in 2018

Making the most out of Bloodlines