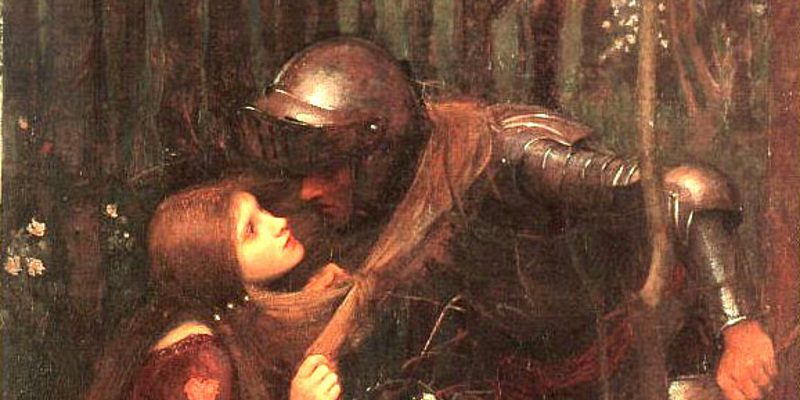 If a strange and mystic being, with or without extraneous antlers, offers you “story seeds” while you stand in a crossroads, a forked tree trunk, a ring of mushrooms, or any sort of bower or grotto, choose your next words carefully. But since it is only me, a very normal human who does very normal human things, it is fine. Do you, by chance, have any dreams of your first love that you’re not using? No reason.

As a reminder, the three Schemes of the Archfey articles linked above are story seeds and usage advice all the way down. This time around, I’m going to focus on telling stories about the fey that may or may not involve the greatest among them.

Seventy years ago, Lord Rupert Braithwindle disappeared under mysterious circumstances, while hunting on the moor. His huntsmen each said that another of their number were assigned to watch over the feckless heir of the Braithwindle lands and fortune, and none knew what befell him. They found no sign of him or his horse, only a bit of gold braided rope from his epaulettes. With no other heir, the family’s lands and titles slipped into abeyance and, for various reasons, the land was overgrown and abandoned.

When an invitation to dinner with Lord Rupert Braithwindle arrives on the PCs’ doorstep, they’re right to be suspicious. What scheme of the fey has ensnared Lord Braithwindle? Why is the Braithwindle manor choked with vines from sunrise to sunset, but alive with music and dancing all through the night? Can the PCs find the lost portrait of him, or the one still-living human who knew him, to determine his true identity?

If you In a Goblin Market, linked above, you know that I am all about fey dealing in the memory trade. What do they do with them? Most of the time, they sell them to someone further up the fey hierarchy. Fey wealth doesn’t look like gold or silver; they can make those from any old pile of leaves, or the hair of a miller’s daughter. Yet they love to display their riches, competing for status with their peers. Gardens, art galleries, libraries, and other collections of rare valuables. Some of these are memories that have been directly reified into art, but most come from the fey feeding a memory to an artist of one sort or another and receiving the finished work.

When a PC doesn’t recognize someone claiming to be a childhood friend, clues point to having sold the memory off in a bargain with the fey… a bargain that they have also forgotten. This will probably be enough to alarm your PCs into digging deeper, taking them through the steps of the memory trade. (This probably turns into a D&D-fantasy version of Eternal Sunshine of the Spotless Mind.) This eventually leads to negotiating with or robbing a Highlord’s fine art collection, looking for the three paintings that, when viewed together, restore the PC’s memory.

The Hidden World – the Feywild – is a close parallel of the Material Plane, but for ineffable and cosmic reasons, some things are very different indeed. For this story seed, consider all the things that could come from the conflict between a mortal’s map and a faerie map. Where the Material Plane’s denizens see a solid hill, the faerie map shows an underground village, the home of the aes sidhe.

That’s just the beginning, though. When an explorer finds a wondrous island once but can never find it again, did they cross over to the Hidden World? Or did the fey plan to profit so much from mortal dreams and legends of the place that they removed it from the Material Plane forever?

This story hook works especially well if one or more of your PCs are criminals or urchins. A parallel reality so close to the Material Plane and so similar in geography could give burglars and anyone who needs to hide from the law an incredible advantage. The things that go bump in the night enter the Material Plane from somewhere, after all. Maybe with a little magic you can make it a two-way door.

It’s never that easy, though. The fey don’t give anything away for free, especially not when you’re desperate. Maybe the criminals have to pay something every time they go through the doorway, like losing memories or developing fey features that get increasingly difficult to hide. Much worse than that, maybe they do get away with it, free and clear, the first few times they try. When it really matters, though, someone notices and comes to collect on what they owe. If these criminals aren’t the PCs themselves, they’re either friends or investigators looking for them. If you’re using the Highlords I’ve described in this series, the Night Collector is ideal for settled areas, while the Lord of the Hunt works for the wilderness.

(For another option, this could be a setting’s origin story for gnomes or halflings.)

Mysterious nighttime processions could be just about anything if the fey are involved. The Hunt is a quick and violent version of the idea, while the whole idea of the Shining Host is a stately but warlike variation. In this case, I’m imagining a column of fey dressed in moss, furs, or splendid garments, carrying lit candles on the tips of their fingers and the tips of the antlers that sprout from their heads. They appear each night at dusk, marching through the twilight until the coming of full dark.

What malign influence does their ceremony ward away from the village? Who knows the truth of their purpose, and intentionally disrupts it to weaken the village? When the PCs learn about this, what do they have to do to restore the old ways or provide a new defense?

I hope you enjoy this collection of oddments and ideas, as I work my way toward a complete manuscript to release. Next week I’ll be reviewing another DDAL adventure from the DM’s Guild.