Using Religion in your Games P4 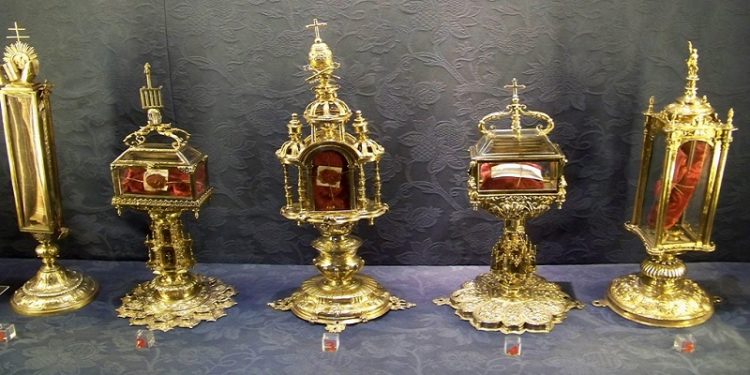 For the most part, religions and belief systems are things we experience as a mostly passive participant in their development in our daily lives. Many of us are indoctrinated into a religion or belief system from an early age, being exposed to the figures of the faith; relics, reliquaries, and fetishes; holy places; and liturgy which we accepted without question. Unless we take the time to sit down and question what we believe or have an opportunity to take a “comparative religions” class, we stick with that selfsame beliefs.  The reason for this may be as simple as “I grew up with this, therefore I am comfortable with it” to as complex as “I have done the research, the soul searching, as well as the thought and behavioral modifications this religion requires of its adherents and I feel that it is the truth.”

Figures of the Faith

Figures of the faith can fall into one of several categories:

It should be noted that in the real world, Christianity has an interesting duality. Christians are seen to be simultaneously “saint and sinner.” Such a duality might work in the gaming world as well, if there’s the concept of sin and salvation.

Relics are the physical remains of a holy site or holy person, or objects with which they had contact. The idea is as old as faith itself and developed alongside it. Relics are considered to be more than mementos. In the Christian faith, the New Testament refers to object’s healing power that were touched by Christ or his apostles. In Catholicism (and to a much lesser extent, Protestantism), the body of the saint provided a spiritual link between life and death, between man and the divine. In both the real world and a fantasy setting, relics are priceless treasures for the congregations of the faithful that are able to obtain them. You might even see one church stealing a relic from another to gain its power or prestige. Because many fantasy settings are an echo of the real-world time era of the Middle ages, a good source of inspiration for how you might be able to use a catholic type religion is found in Kate Elliott’s Crown of Stars series.

Reliquaries are the containers that store and display relics. Most of the time, these relics are specifically made for and paid churches. More rarely, some were made for or paid for by privileged individuals for private use in home chapels. Since the relics themselves were considered “more valuable than precious stones and more to be esteemed than gold,” it was considered only appropriate that they be enshrined in vessels (reliquaries) crafted of or covered by gold, silver, ivory, gems, and enamel which frequently assume the form of caskets or parts of the body reflecting the relics they enshrined. They could be decorated with either narrative scenes from the life of saints or common themes of the faith. Some reliquaries were also fashioned into full-body statues, or more abbreviated, but still imposing, bust-length images of saints. Set on an altar and carried in a trumpet-heralded procession, a reliquary’s arrival is able to make an indelible impression on the faithful. However, despite their popularity and veneration, in modern times not many survive. This is due to many of them were destroyed during times of religious and political strife. Those that survive bear precious witness to exceptional artistic creativity inspired by contemporary faith.

Fetishes in religious context are expressed as objects believed to have supernatural powers, or in particular, a human-made object that has power over others, particularly to avoid harm or disease that said fetish is being used on. Fetishes always consists of two components: the material object and the force or power that gives it life, typically an animal spirit, force of spirit, or ancestor. Culturally, in the real world, the use of fetishes derives from either West African or Native American religious beliefs (which would be called Totems / Totem Poles today.) In your game you could have fetishes contain powers that the PCs and NPCs can call on in a time of need.

Consider these questions when designing fetishes in your game: 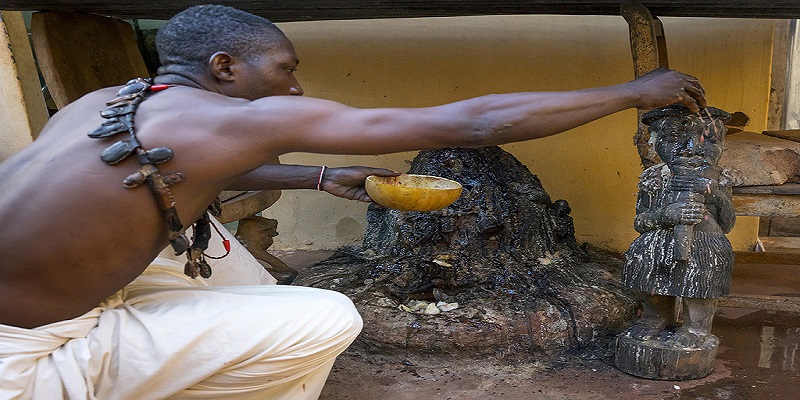 Holy places are sites that religions considers to be of special religious significance. Holy places are often visited by pilgrims. Some real-world holy sites are:

For a complete list of real-world holy sites, see here.

Here are some questions to ask yourself when creating holy sites for your game world… or even a specific locale within it.

Liturgy is the customary public worship performed by a religious group, representing a communal response to and participation in the sacred through activity reflecting praise, thanksgiving, supplication, or repentance. In real life it encompasses such things as processionals with incense and a crucifix, Eucharistic prayers, or the Communion Rite, Vestments, incense, music, and devotions to patron saints. It forms a basis for establishing a relationship with a divine agency, as well as with other participants (i.e. congregational members). Worship (whether in real life or in an RPG game) is meant to bring one closer to that which they worship: divine (or other) forces, giving give those worshipping a taste or glimpse of the afterlife, a perfect world, or a world where the divinity they are worshipping reigns supreme. Those creating and in charge of adapting liturgical experiences to each congregation should keep in mind the audience’s needs, as if it can’t adapt, the temple or church will soon lose worshippers.

There are a variety of ways to use religion in your games. Figures of the faith; relics, reliquaries, and fetishes, holy sites and liturgy help ground your gaming world with touchstones that we see in our everyday experiences. Use these ideas to help make religions more realistic in your game.