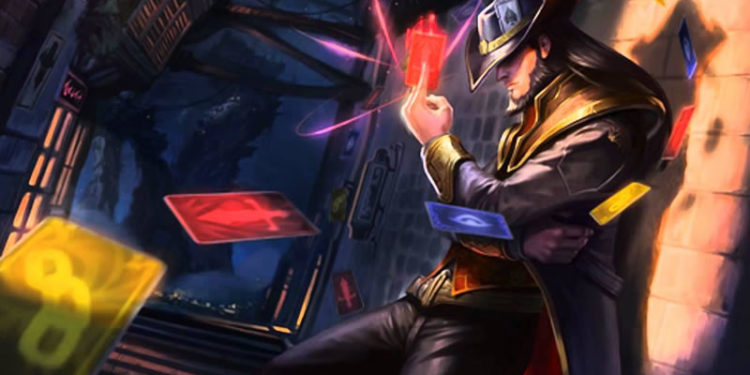 This week on the Campaign Trail I decided to build out a new archetype for the rogue that would be a good fit for a steampunk, wild west or any setting where people play card games. Playing cards started coming into popularity in Europe during the 14th century, so this archetype would fit the many fantasy game settings that tend to have at least late medieval level technology such as Pathfinder’s Golarion and D&D’s Forgotten Realms.

Cardslingers are rogues that depend as much on their agility as their charisma and uncanny abilities with playing cards.

As a cardslinger, your expertise with playing cards goes beyond sleight of hand tricks and winning at the poker table. Cards are weapons in your hands and your skill with them is uncanny. Your abilities allow you to throw cards with deadly accuracy and even infuse them with magic. Each time you draw a card, your connection to the arcane and a little luck allow for the extraordinary and unexpected. With each shuffle of your deck, you come closer to understanding your gift and realizing your true potential.

When you choose this archetype at 3rd level, you gain proficiency with all gaming sets and expertise with the playing card set.

The class features granted by the roguish archetypes at 3rd level should fundamentally alter the way the class plays. Having a rogue that can use cards to cast magic and as thrown finesse weapons fits that requirement.

At 3rd level, when you gain this feature, you learn three Card Trick options of your choice.

Once per turn, as an action, you can execute one of your Card Trick options by drawing a card from your deck. You have two uses of this ability, called charges. You regain all expended charges when you shuffle any playing card set during a short or long rest, magically resetting the deck to a full 54 cards.
You gain an additional Card Trick options of your choice and charges when you reach certain levels in this class: 9th, 13th, 17th level.

At 3rd level, cards are deadly weapons in your hands. You can use cards as simple ranged weapons with the light, finesse, thrown (30/60) properties that deal 1d4 slashing damage on a hit. To throw a card, you must first draw a card from your deck. If you draw a Jack, Queen, King, or Ace you can choose to reroll your damage. If you draw a Joker, you gain back a spent Card Trick charge.

Starting at 9th level, your cards flow with magical energy and normal thrown card attacks count as magical for the purpose of overcoming resistance and immunity to non-magical attacks and damage. As a bonus action, you can elementally charge a card based on its suit, adding an extra 1d6 damage of that type on a hit. If a card is used for a trick, it loses its elemental charge.

Beginning at 13th level, when an enemy misses you or an ally with a melee or ranged attack, you may use your reaction to throw a card at that enemy. If you draw an Ace and you hit on your attack roll, the attack roll should be treated as a critical hit regardless of what the dice roll value was.

You can use this feature a number of times equal to your Charisma modifier (minimum of once), and you regain all expended uses of it when you finish a long rest.

The options are all magical effects. If an option requires a saving throw, your Card Trick save DC equals 8 + your proficiency bonus + your Charisma modifier.

I’ve come up with 11 trick options for this article, but I think it might be nice to choose from up to 15 tricks.


If you like rogues with a little magic, check out Nine Magic Items for Rogues. Next week I’m hoping to continue my series on dueling.

What Dungeon Designers can learn from “Bomb ...