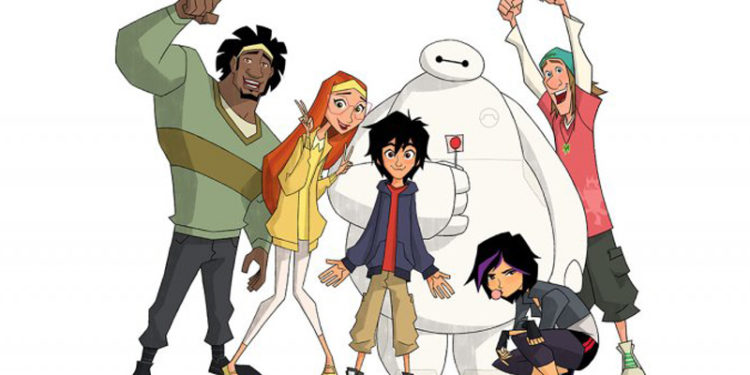 Big Hero 6 is a movie released on November 7, 2014, from Walt Disney Animation Studios. The film tells the story of a young robotics prodigy named Hiro Hamada who forms a superhero team to combat a masked villain. It also has an (at present) two-season series playing on Disney XD. By examining the characters, it’s easy to glean some processes by which to make characters’ origins better for your games.

When deciding on a character’s origins, it’s crucial to delve deeply into their history. Some appropriate questions to ask are:

In developing characters, it’s also useful to know their interests. In the movie, Hiro’s had an interest in robotics – an interest that was shared by his brother. Hiro’s interests were in fighting robotics, whereas his brother’s hobby was in medical robotics. Fred (the one with the fire-breathing monster suit) loves comic books. Honey Lemon’s interests are chemistry, butterflies, and photography. Wasabi is a neat-freak and germaphobe. Go-go is a mystery but is loyal and athletic.
In your games, you might want to ask, “Why is this character into this?” It could be a natural affinity, family connection, mentor, or a hobby. Conversely, it could be something that the character needed to do to earn a living. Finally, it could be something the character(s) picked up to pay a debt, medical expense, or due to a rivalry. Whatever the reason, the character needs to have a reason for pursuing this area of expertise – sometimes at the cost of other areas. A fighter might be strong, fast, and healthy, but they might not be so smart. A bard might be entertaining and inspiring, but they can’t match either a rogue’s or fighter’s skills. Neither can they cast magic as well as a full-blown mage. In addition to an out-of-character “class” explanation, there might be an in-character explanation as well.

When deciding on a character’s origins, it’s essential to examine a character’s training. In Big Hero 6, Hiro’s fighting robots were something that he developed on his own. His brother’s project Beymax, was a school project he worked on with a doctor. Sometimes a character’s training has nothing to do with their love(s). For instance, if a character’s background is that they are a slave, having to learn how to fight because it was how they survived. Another character’s fighting ability might be because they had problems with bullies growing up. Learning how to fight was the only way they could defend themselves. A character who grew up in a temple might become clerics. Conversely, they may have been facing a spiritual crisis, and ended up in a monastery and learned how to control themselves through rigorous physical training. Or a character’s magical training might be because if they couldn’t learn how to control it, they might have become a danger to themselves or others – even when the character themselves might not have had any interest in learning it.

When deciding on a character’s origins, it’s important to examine a character’s goals. In Big Hero 6, after Hiro discovered that someone not only stole his microbot invention but was mass-producing them, he wants to bring the culprit to justice, upgrading Baymax, the medical robot his brother invented, with armor and a battle chip containing various karate moves. After the movie, the viewers had a sense that they continued their adventures. Some goals might be:

Goals in Your Game

Keep in mind that goals may not be simple to reach- or in some cases, even be reachable at all. There may be others who want the same thing, but go about it in ways that are disagreeable to the character, and they feel compelled to stop them by any means possible. In other cases, there may be rivalries that cause the character to have to defeat them in some way en route to their ultimate goal. Additionally, there may be roadblocks from society itself. Case in point: a person could need to leave town to get training for magic if the city has outlawed its use.

Furthermore, the character may not get the help that she needs to be able to complete their goal. At each stage along the way, the character will be forced to ask themselves whether the goal is worth the problems that they are facing. Do they give up, or do they continue despite the adversity? Each choice that the character makes helps to define their character.

When deciding on a character’s origins, it’s vital to examine the character’s connections. In the movie, when Hiro’s brother Tadashi takes him to college, he’s introduced to the future members of his superhero team: GoGo, Wasabi, Honey Lemon, and Fred. Characters in games should have connections to other people, be they family, friends, lovers, or merely associates. If done deftly, these can be the basis of an adventuring party beyond the classic “you meet at a bar” trope. Some suggestions might be caravan guards, members of a guild or school, or people who all knew someone who passed away, all showing up for a funeral/ wake or a wedding. Some ideas for a modern game might be people who all work at a company or in a high-rise office building, people who always take the same public transportation together (bus or train), or people who regularly attend a favorite restaurant or bar.

When deciding on a character’s origins, it’s useful to examine a character’s equipment. In Big Hero 6, Hiro “inherited” Baymax from his brother. Likewise, the various “powers” that the superheroes came up with started as inventions that they were presently working on. In fantasy games, that sword could be a family heirloom or stolen from a nearby noble family. That armor could have been the result of a shady deal or a fringe benefit of being on the town’s guard. Those daggers could have been crafted uniquely for you by your mentor or worked off by manning the bellows at the local blacksmith. In a modern game, that rifle could be a part of a survivalist sect, from family members that like to hunt, or law enforcement. Many games are set up that a character starts with X amount of money (whatever the local currency is). The characters buy their starting equipment from this amount. An alternative to this is where the characters get their much of their equipment through their connections.

When deciding on a character’s origins it’s of particular interest to examine character and NPC secrets. In Big Hero 6, the heroes discover a former lab of Krei Tech that was experimenting with teleportation where Callaghan’s daughter Abagail disappeared inside an unstable portal. At the end of the movie, we find out that Fred’s father is a superhero. Character and NPC secrets can be something that’s reasonably harmless – like your characters have dragon blood ancestry and that’s why they’re such a powerful sorcerer, that they have more skills than they want to admit to which can turn the tide of a fight with a more powerful enemy, or that they have an old rivalry. Secrets can also be harmful – like the fact that they are being blackmailed to do X dangerous things against the PCs, are wanted for the murder of a famous person, or they are being sought out for massive debt. When examining why something is a secret the following questions might be appropriate: