Beyond the Character Sheet, P1 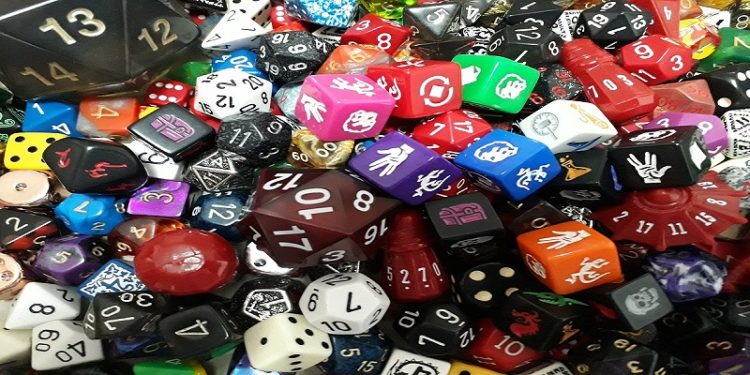 In the World of Darkness, Strength represents raw, physical power

In 2nd ed D&D, the Skills & Powers book breaks the stat down into stamina and muscle. Stamina is the measure of how long it takes before the character gets tired. Muscle, on the other hand, measures how heavy of an object the character can lift, and how far they can jump. Connected to muscle was also the percentage table of bend bars/ lift gates.

In Marvel’s FASERIP system Strength measures how much weight a hero can lift, as well as how much damage he can do with his bare hands and how effective he is at grabbing and wrestling an opponent

In most game systems, high levels of Strength also means the character can deliver more devastating attacks as they can put more force into their swings.

In games where carrying capacity is essential to keep track of, it determines what treasure the party keeps and what they have to leave behind.

Why are there so few things it can do in-game? It’s not that physical strength isn’t necessary or important. It’s just that in a fantasy roleplaying game, it isn’t necessarily as useful as some other ways of developing a character. Athletics is fine, but if a character can fly, why would they need to worry about climbing a wall or jumping? Struggling to think of ways the characters can use their strengths? Look at this list here

But what does Strength as a stat mean? A high Strength could indicate that the character was a farmer or other physically demanding profession, such as a sailor. It also could imply the character spent time weight lifting, playing sports, or as law enforcement. On the other hand, a low strength could suggest the person wasn’t much into physical activity. She may have preferred the company of books instead. It also could mean that the character is lithe and wiry. He could have been focusing on being nimble instead of muscle bulk.

In GURPS, Dexterity represents how physically agile a character is.

The World of Darkness, has Dexterity. It indicates speed and ease of movement, covering gymnastics, contortions, and hand-eye coordination.

In 2nd ed D&D, the Skills & Powers supplement breaks Dexterity down to Aim and Balance. The Aim sub-stat shows how well the character can target projectiles. Balance measures how well characters can cross narrow surfaces without falling.

In some games, high Dexterity also helps with “finesse” type weapons. Finesse weapons require little to no strength to use effectively and benefit more from precision to do damage.

Dexterity helps determine armor class. The higher the armor class, the easier it is to dodge damage. It’’s also important in determining how good a character is at sleight of hand (also called “pickpocketing” in previous editions of D&D). Furthermore, it can help with acrobatics (tumbling) and stealth. In 3.x D&D, a high dex also allowed the character to have a bonus to reflex.

In Marvel’s Superheroes FASERIP system, Agility is the ability to aim well and move with dexterity and coordination. It measures the ability to hit a target with a thrown item or missile weapon. It also involves the ability to dodge incoming projectiles. Characters with high Agility can vault, somersault, and weave through the battlefield.

bob and weave their way through a battle and usually hit what and where they aim.

What does being dexterous mean? High Dexterity could mean that the character has training in dance or fencing. The smoothness of motion from their activities carries onto other aspects of their life. It also could point to a life of crime before they were characters and have the training of such. This author thinks that 5th ed missed something when they didn’t link movement with some form of dexterity.

What, then, does a low dexterity mean? It could mean that the character is so muscled that it restricts their movements. Or it could be that they’re just sluggish. It could also mean that they prefer a more steadied movement to rushing things.

In GURPS, there is no “Constitution,” stat, but there are the stats of ST (strength) and HT (health). In addition to determining the character’s strength, ST tables determine a creature’s size. HT is generally related to the creature’s health. A paraphrase of the sidebar in the Character Creation Compendium puts things this way.

A creature’s size represents a creature’s ability to “soak up” injuries. Muscle protects the veins, arteries, and vital organs from damage. Similarly, HT might be used rather than ST as the basis for Fatigue.

There is a link between a character’s cardiovascular fitness and their endurance and stamina, which is represented by HT in GURPS.

In D&D 2nd ed Skills & Powers supplement, divides the stat into the sub-abilities of health and fitness. Health represents the ability to shrug off diseases and other ailments. She wouldn’t come down with a cold often. On the off chance she did, it wouldn’t last long. He wouldn’t be affected by allergies or easily affected by poisons. High health also helped survive magical transformation (which was deadlier in this edition). Fitness, on the other hand, allowed characters to “soak” more damage without penalty. It also affected the character’s chances of resurrection.

In Marvel’s FASERIP system, characters have Endurance. This stat reflects physical toughness and stamina and the ability to resist poison, knock-out drops, gas, and similar things. It also measures how long a character can hold his breath, how far he can run, and how far through buildings he crashes through before blacking out.

In the World of Darkness, instead of Constitution, they have Stamina. This stat represents physical hardiness, including resistance to disease and physical trauma and how fast you can recover.

But what does constitution mean to you and me? In real life, we’d say that a person who is sick all the time, suffering from allergies, or is easily winded to have a poor constitution. Maybe the person has some sort of genetic defect. The defect makes them susceptible to everyday dust, dirt, and grime. Every little scratch becomes an issue. On the other hand, there are people who hardly ever get sick. Cuts rarely bother them, and they might have a broken bone without noticing.

Some games have a stat that represents a character’s physical attractiveness. The higher this stat is, the more attractive the person; the lower the stat is, the uglier. While the character might get better prices from the shopkeepers for being pretty/ handsome, they also may garner unwanted attention. She may have unwelcome catcalls from guys on the street. Particularly gorgeous male characters may attract unwelcome harems. It may be challenging to disguise who you are. Or if you’re trying to get away unnoticed, your beauty attracts others’ attention. Thus you’re easily tracked down. Ugliness faces similar difficulties.

In real life, physical attractiveness affects us daily in how we interact with people. It affects how we feel about ourselves. The drive to be the most physically attractive “we can be” explains the popularity of makeover shows. Many times, it affects whether we get Mr. Dreamy or Ms. Stunning. It’s how we give our first impression in a job interview. Those who are less attractive, ugly even may not have the same chances more attractive people do.

In the Big Eyes Small Mouth (BESM) tri-stat anime roleplaying game, they have one stat: Body. It combines the Strength, Dexterity, Constitution, and Physical attractiveness into one. What then? According to the 2nd ed revised book: Stats are rated on a scale of 1 – 12. A value of 4 in a Stat is the adult human average. Ratings under ‘four’ indicate decreasing competence. Values over ‘four’ show increasing superiority. If one of the stats mentioned above is higher than the others, you’ll need to take attributes (which we will discuss in a future article).

There are a wide variety of methods of looking at the physical aspects of a character. Each of these pieces of information provides a new facet or piece of the puzzle. As you build the character, consider these how these pieces of information come together to describe their life experiences, hobbies, ways of tackling problems, and care for their appearance. The numbers will help to build a story, so pay attention and bring out those aspects in your roleplay.

Look for the next article in this series soon!