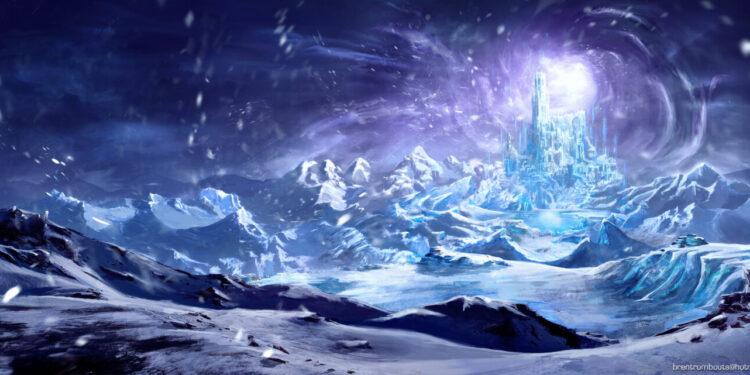 Here at Tribality, we’ve decided to provide our readers with Encounters ready to be added to your table. I’ll be creating new ones monthly for you to have a big collection to look through when you run out of ideas for your game. You can take a look at the index article with all of them by clicking HERE. If people end up liking the encounters we may start releasing them in easy to print PDF format.

After the heroes’ last adventure, everyone decided Jinglemas should become an annual tradition. A simple warehouse in the middle of nowhere wasn’t going to be enough for Barric Jingle the dwarf presentsgiver, and his gnome toymakers to craft new toys for more children. Ringo, the master engineer of the gnome group was tasked with finding the ideal location and telling the others so they can start moving into the new place. After some research, Ringo did find the place. Now he just needs some adventurers to help him out.

Saving the giant, a Jinglemas Adventure

A conversation with Ringo

A massive construction of pure ice stands atop the mountain. Sunlight reflects against it, however no sign of melting. The castle shape appears to be perfectly chiseled, possibly as a result of some spell. On its front, a gargantuan entrance shows the way in.

Once the characters get to Icethorn Castle, they are looked upon by dozens of giants, most of them lightly hurt and receiving treatment. It’s at that moment that the massive figure of Oggfahl approaches them and starts talking to the characters. Read or paraphrase the following information:

After the conversation, Oggfahl leads the adventurers through the castle to the room he talked about, accompanied by 3 other giants.

Room of the undead

The hexagonal shaped room is well lit by a light coming from an ice pilar in its center. The pilar shines with runes inscribed in pruple, giving an arcane aura. The stench of the undead comes from inside it, with dozens of undead creatures of all shapes and sizes piled up against the wall on the north.

Ceiling. The ceiling stands at 10 feet from the floor, making it uncomfortable for giants to move and fight within it, but comfortable enough for Medium creatures.
Light. The room is considered well lit by the ice pillar in the center of the room.
Room of ice. Despite being made out of ice, the whole area can stand heavy damage and even fire spells without melting or breaking. Some spell protects the place from being destroyed.
Undead. Despite most creatures being cornered in one section, more undead are summoned the moment the characters step in the room, and will continue to do so until the pillar magic is negated. For simplicity sake, one undead wave will teleport per round, appearing on one of the four corners and determined by a 1d4 roll

The moment the characters are to step in, Ringo analyzes the room and knows what to do. He says he’s seen runes like the ones in the pillar before. These kinds of runes constantly invoke undead while living creatures are within a certain radius. They aren’t difficult to destroy and repel the undead, but he will need the player characters to buy him some time. 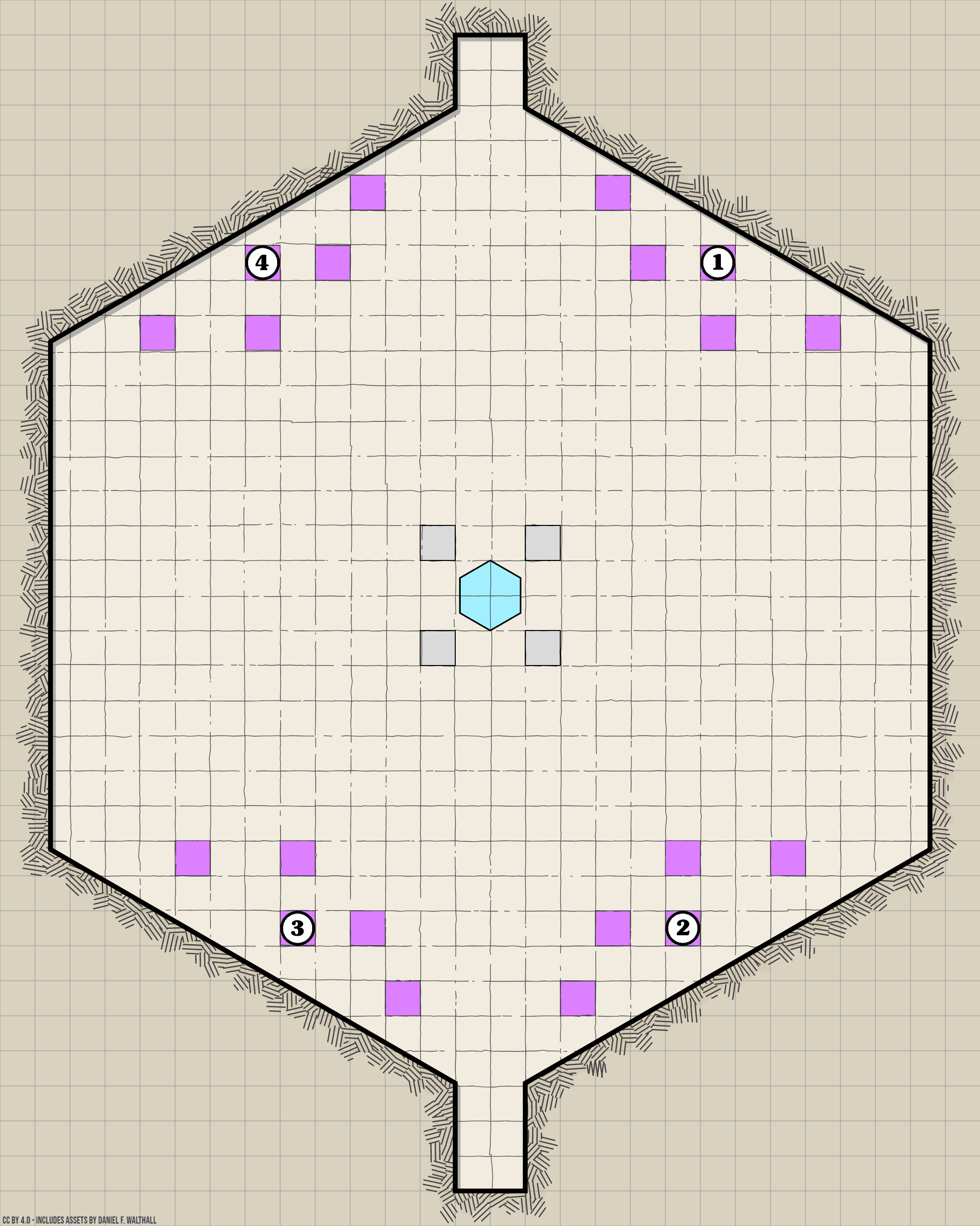 Player characters need to survive 8 rounds of waves of enemies protecting Ringo, the necessary time for the gnome to plant arcane wires on the pillar, and chant the necessary ritual to nullify this kind of runes. Once per turn, Ringo moves from one of the gray squares around the pillar to another. Player characters proficient in Arcana or Tinker Tools can use a bonus action to help Ringo make the process faster by stepping in another of the gray squares and succeeding in a DC 17 Intelligence (Arcana) or Intelligence (Tinker’s Tools). Succeeding reduces one round from the timer. Once per turn, Ringo throws a firebomb towards the nearest player character from his toolbox for them to use. Firebombs have the same properties as the fireball spell

Ringo uses the mage stat block, but will not be taking other actions but to keep on working unless he sees no way out. Ringo completely trusts the PC’s ability to cover him.

Waves spawn from the 5 purple squares in each corner. Roll 1d4 to determine where the wave spawns each turn on initiative 0. Additionally, 3 zombies from the ones on the top section per round change their focus and charge towards Ringo.

After defeating all waves, radiant energy will pulse from the crystal into the whole room, destroying the remaining undead and erasing the runes from the pillar.

After eliminating the undead army, Kutros comes hurt from the tiny room next that looks like an office. A DC15 Intelligence (Investigation) check has the player character find parchments with spells, these being power word: kill, cloudkill, and disintegrate. Oggfahl and his army thank the adventurers for their effort and leave the castle as promised.

Ringo sends a message in a mechanical pigeon he has in his toolbox to the other Jinglemas gnomes and asks the adventurers if they want to start decorating the place with him. No matter their decision, Ringo proceeds to pay the characters the promised gold (500gp per character).